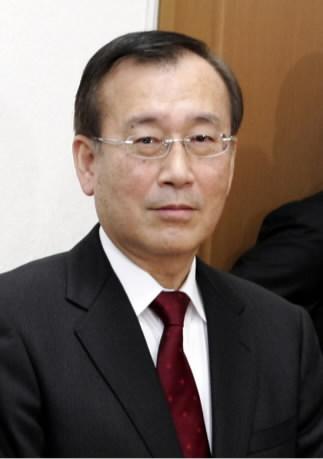 On April 1, it was learned that Hiroshima Mayor Tadatoshi Akiba, 68, who will retire on April 7 at the end of his current term in office, will receive a special appointment to begin serving as a professor at Hiroshima University on April 11. Hiroshima University has watched Mr. Akiba's efforts with regard to peace and nuclear abolition over the 12 years of his three terms as mayor, and invited him to teach at the university. His appointment will last until the end of March 2013.

According to Hiroshima University, the president of the university, Toshimasa Asahara, visited Hiroshima City Hall and spoke personally with Mr. Akiba about the idea. Mr. Akiba replied, “I am eager to make use of my experiences and offer young people the opportunity to think about peace.

The post of “specially appointed professor” was established in 2004 when Hiroshima University was turned into an independent entity. The university has utilized this position to hire private-sector experts with outstanding achievements as well as retired professors. The university now has 13 such full-time professors. These professors are assigned to a particular graduate school or institution within Hiroshima University. Mr. Akiba, however, will work directly with Mr. Asahara, since his expertise will encompass the liberal arts education more broadly.