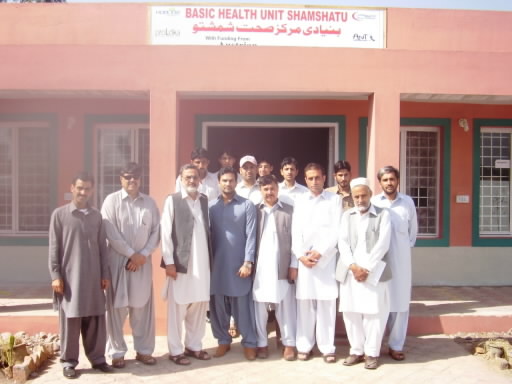 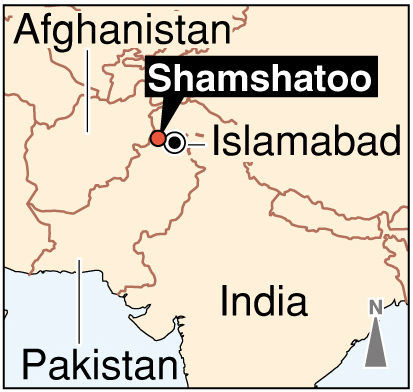 ANT-Hiroshima (Asian Network of Trust), a nonprofit organization located in downtown Hiroshima that has been engaged in efforts for international cooperation from the A-bombed city of Hiroshima, has built a health care facility in the Shamshatoo district in northwestern Pakistan. The organization, in cooperation with a local nongovernmental organization (NGO), is providing support for local residents and refugees from Afghanistan who have not been able to obtain medical care.

About 200,000 people, including refugees from Afghanistan, reportedly live in and around the area. The facility is a one-story building of roughly 200 square meters. One doctor and two public health nurses began to examine patients in March.

Tomoko Watanabe, 57, the executive director of ANT-Hiroshima and a resident of Asaminami Ward, visited the area in 2002 and learned about the harsh conditions in terms of health care. To visit even the nearest hospital, it would take half a day by mule. It was not uncommon for mothers to die in childbirth, along with their babies, due to a lack of proper nourishment.

In response to the appeal of local residents who hoped to have a local facility to obtain medical care, ANT-Hiroshima began to provide medical services at a local school once a week in 2006. The following year, the organization began to construct the health care facility. However, they were then forced to suspend their efforts due to a deteriorating security climate in that area. Finally, the organization, in cooperation with several NGOs in Europe, was able to open the facility.

Ms. Watanabe expressed her hopes about the facility, saying, “Only when the local people are able to start operating the facility on their own can it be said that peace has come to the area. I hope the health care facility will also serve as a place where local residents and Afghan refugees can come together in cooperation.”