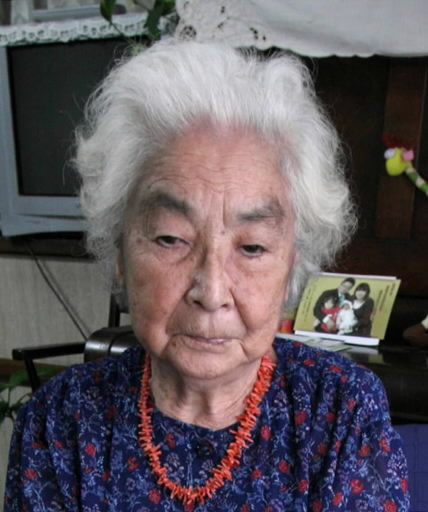 Chisa Tanimoto, wife of the late Reverend Kiyoshi Tanimoto, died on the night of May 4 at a hospital in Asakita Ward, Hiroshima. She was 95. Rev. Tanimoto is well known for his efforts to deliver support to A-bomb survivors beyond national borders. A funeral service will be held on May 7 at the Hiroshima Nagarekawa Church. Ken Tanimoto, her eldest son, will serve as chief mourner.

Ms. Tanimoto was born in Liaoning province in China. She married Kiyoshi Tanimoto in 1942. On August 6, 1945, the couple was exposed to the atomic bomb at a parish house located in Teppo-cho, Naka Ward, about 900 meters northeast of the hypocenter. Rev. Tanimoto, who had studied in the United States before the war, sought assistance for survivors from Japanese and American citizens. His efforts resulted in medical treatment provided in the United States to 25 single female survivors in 1955 and the moral adoption program that roused financial support for A-bomb orphans. After her husband died in 1986, Ms. Tanimoto was engaged in organizing and preserving his existing records. She was also involved in sharing valuable records related to the Hiroshima bombing, loaning what she owned for special exhibitions at Hiroshima Peace Memorial Museum and donating a copy of her husband’s diary, starting the day of the atomic bombing, to the church.