Fukushima and Hiroshima: Interview with Yoshio Hosoi, professor at the Research Institute for Radiation Biology and Medicine 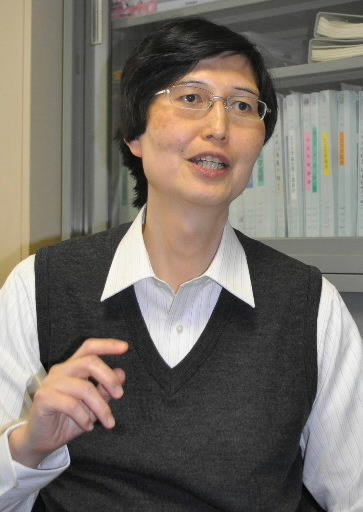 On May 11, exactly two months following the Great Eastern Japan Earthquake, the Chugoku Shimbun interviewed Yoshio Hosoi, 51, a professor at Hiroshima University’s Research Institute for Radiation Biology and Medicine in Minami Ward, Hiroshima, and asked him about the medical support in Fukushima and what precautions must be taken by the local residents. Professor Hosoi is part of the medical team from Fukushima Medical University that is providing aid to the sufferers of the accident at the Fukushima No. 1 nuclear power plant.


Risk of exposure to radiation in schoolyards is high
What support efforts are now being made?
I believe we are at a turning point. The situation involving the nuclear reactors has improved somewhat, and the level of radiation in the air is gradually decreasing. The acute phase is over, and current conditions are about halfway between the acute phase and the stable phase. For the time being, Fukushima Medical University will maintain its radiation emergency medical preparedness. From here, the work will focus more on physical examinations for the police officers and firefighters who have been working within the 30-kilometer zone and the evacuees who are making temporary trips home.

What role is Hiroshima University playing? As a “Tertiary Radiation Emergency Medical Institution,” Hiroshima University had dispatched to Fukushima, on an ongoing basis until early May, six staff members including two physicians. In the town of Iitate, they examined the thyroid glands and other physical conditions of the local residents.

For now, Hiroshima University will maintain a physician, a clinical radiology technician, and one office staff member in Fukushima. Based at the University Hospital, they are joining in the evaluation of radiation doses and in other activities. Utilizing the knowledge and expertise on radiation that Hiroshima has accumulated over the years, we would like to appropriately address the local people’s health needs and anxieties.

What is the situation with regard to radiation exposure of people in the area?
In terms of internal exposure, I don’t think local residents need to be all that worried. Where the ground is covered with grass, radioactive particles won't be stirred up to any significant degree. Virtually no radiation was found to be attached to the soles of shoes. Under such conditions, people needn't worry about inhaling radioactive materials in dust.

At some places, however, high levels of radiation have been detected where radioactive materials have settled on the ground. Precaution must be taken to avoid external exposure.

What are the concerns?
The greatest concern is the schoolyards. Schoolyards aren't covered with grass, and there's a risk that fine dust will be stirred up. The incidence of cancer is clearly higher among children who are exposed to radiation. I believe strongly that our top priority must be to protect the children. For children in these areas, going outdoors should be kept to a minimum. In the town of Iitate and other places where radiation levels are high, people need to be careful about eating the vegetables grown in their gardens, too.