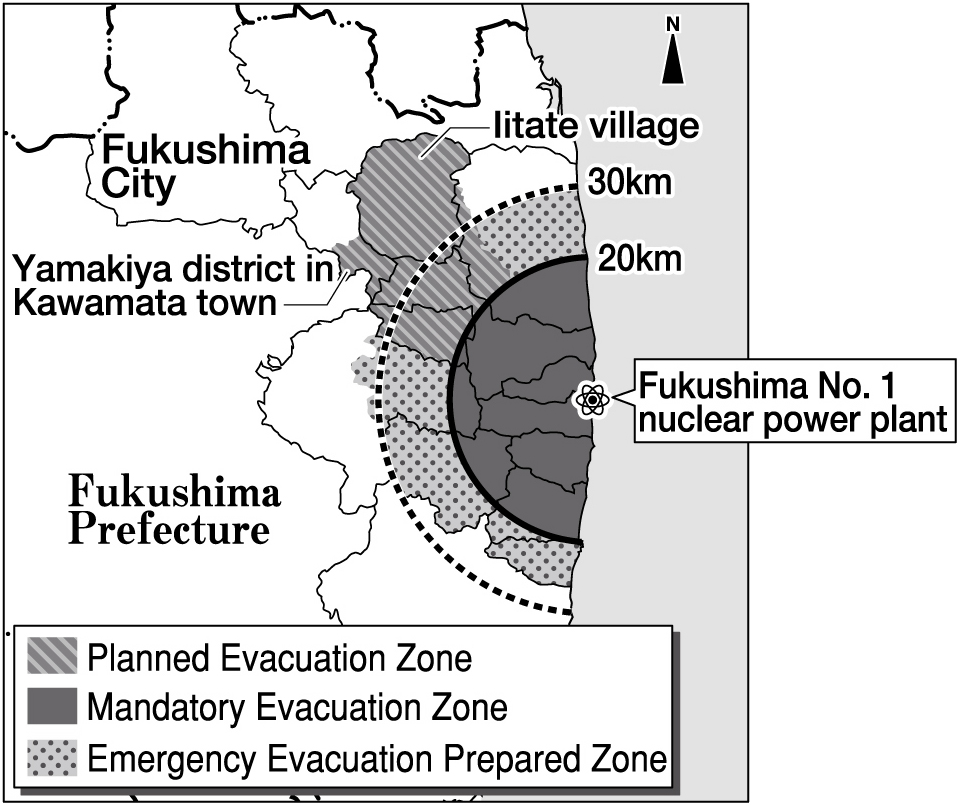 
“This level of radiation is not a cause for concern,” says former RIRBM director and others
On June 23, it was learned that radioactive cesium was detected in the urine of 15 residents of Iitate village and the Yamakiya district in Kawamata town in Fukushima Prefecture. The urine examination was conducted by a team of five experts, including Nanao Kamada, former director of Hiroshima University’s Research Institute for Radiation Biology and Medicine (RIRBM). The findings offer evidence of the fact that local residents have suffered internal exposure to radiation as a result of the nuclear crisis at the Fukushima No. 1 (Daiichi) nuclear power plant. The amount of cesium detected, however, was very small and the team explained: “There is no need for concern as long as residents do not eat contaminated vegetables, or other contaminated foods, in the future.”

The examinees range in age from four to 77, and consist of ten people from Iitate village and five from the Yamakiya district in Kawamata town. Their urine was collected twice, on May 5, 55 days after the nuclear accident, and again towards the end of May. Kiyoshi Shizuma, a professor in the Faculty of Engineering at Hiroshima University, measured the amount of radioactive materials per 100 milliliters of urine.

Dr. Kamada and Osamu Saito, a doctor at the Watari Hospital in the city of Fukushima, concluded: “As iodine was not detected in some people, it was probably taken in the body by eating contaminated vegetables and mushrooms, not via breathing. Shipments of both food items were banned afterwards. So, on the whole, there is no cause for concern.”