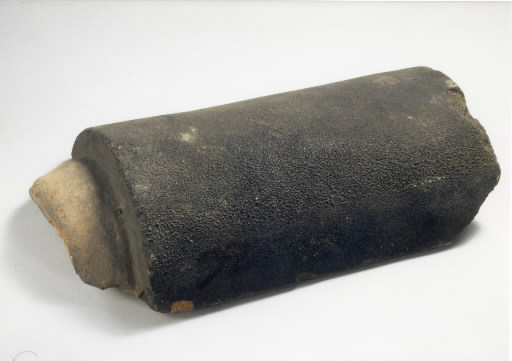 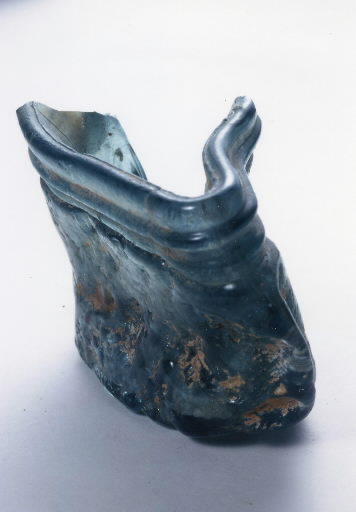 The City of Hiroshima will donate five artifacts from the atomic bombing, including roof tiles and pottery seared by the bomb’s heat rays, to a permanent exhibition of A-bomb materials slated to open on November 11 at the United Nations Office in Geneva, Switzerland. Hiroshima Mayor Kazumi Matsui will attend the opening ceremony, to be held that day in Geneva.

The five artifacts are from Hiroshima Peace Memorial Museum and will be displayed in a corner of the lobby of the building. The largest artifact is an A-bombed roof tile of 27 centimeters in length, with a surface that has melted into a bubbly texture. Other items include a bottle, a plate, and pieces of pottery and glass that are melted and misshapen. They all demonstrate the extent of the damage caused by the intensely-hot fire unleashed by the atomic bomb.

The museum commented: “We chose artifacts that would clearly show the destructive force of the atomic bomb.” The City of Nagasaki, too, has donated eight items, including a statue of an angel from Urakami Cathedral, a church that was destroyed in the Nagasaki bombing. The two cities will also jointly contribute ten panels which present photographs of burn victims and information about the global movement seeking nuclear disarmament.

The A-bomb exhibition was first suggested by Nagasaki Mayor Tomihisa Taue to former Hiroshima Mayor Tadatoshi Akiba, and preparations for the exhibition have been undertaken since that time. A permanent exhibition with A-bomb artifacts already exists at United Nations Headquarters in New York.