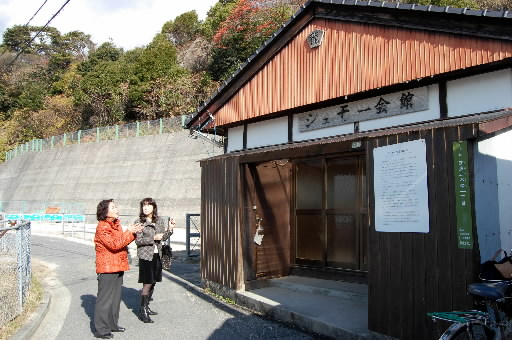 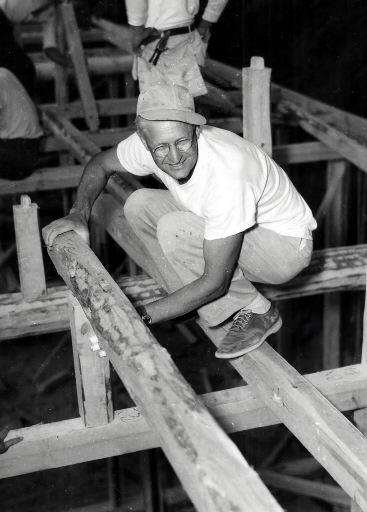 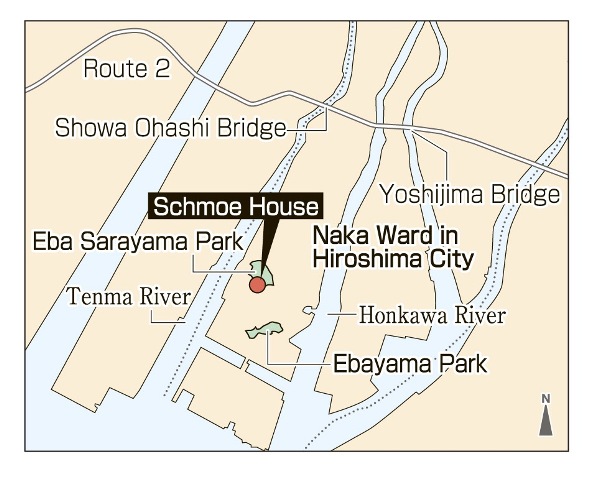 In January, the City of Hiroshima will relocate and preserve “Schmoe House,” a building constructed for A-bomb survivors in Eba Nihonmatsu, part of Naka Ward, Hiroshima, by the late Floyd Schmoe (1895-2001). Mr. Schmoe, an American pacifist, was named an Honorary Citizen of Hiroshima for his efforts to build homes in the city in the wake of the atomic bombing. Because the Schmoe House sits at the site of planned construction for the new Hiroshima South Road, the structure will be relocated after it is separated from its foundation. The building will then be renovated and used to share the achievements of foreign nationals who have given their support to A-bomb survivors.

Construction on the new road has already begun around the house. For the relocation site, the city has purchased a plot of land from the central government that is located about 40 meters northwest of its current setting. To perform the relocation, Schmoe House will be placed on rails and moved with the use of a winch. For this project, the city has appropriated 32 million yen in the fiscal 2011 budget, ending March 2012.

The one-story wooden house was built in 1951 and has a floor space of about 55 square meters. Mr. Schmoe collected donations and other funds in the United States and built 21 so-called “Hiroshima Houses” in the Eba, Ushita, and Minami districts between 1949 and 1953. The house in Eba is the only surviving structure from those days and is still used as a meeting place by local residents.

Former Mayor Tadatoshi Akiba made the decision to relocate and preserve the building in 2004 after receiving such requests from local residents and others in order to “convey the achievements of non-Japanese who contributed to the reconstruction of Hiroshima.” During this time, the house will also undergo a renovation designed to strengthen it in the event of earthquakes. It will then hold displays with pictures and information panels of figures like Dr. Marcel Junod, a Swiss doctor who provided medical supplies in the immediate aftermath of the atomic bombing.

As a high school student, Yuzo Yamamoto, now 79, a resident of Higashi Ward, took part in the house-building effort led by Mr. Schmoe. Mr. Yamamoto said, “Mr. Schmoe was a kind and considerate person. I still cherish the hammer Mr. Schmoe gave me. If the city requests the hammer for display, I would gladly offer it.”

Yoko Imada, 68, a resident of Naka Ward and head of an association seeking to convey the story of Mr. Schmoe’s Hiroshima Houses, is pleased with the relocation and said, “I hope that many people will visit the house and learn about Mr. Schmoe, who did his work as a human being transcending any ill will between nations.”