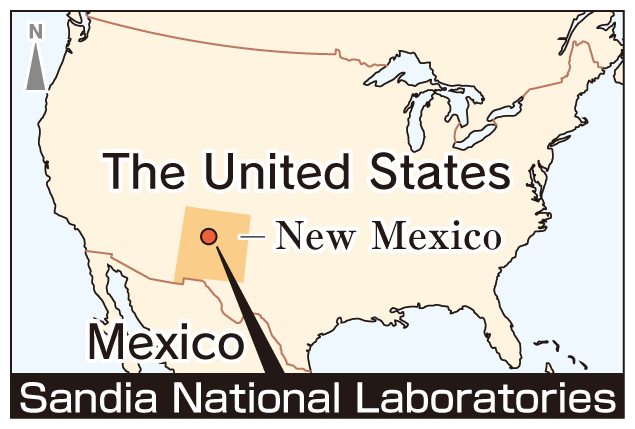 On January 5, it was learned that the National Nuclear Safety Administration (NNSA), under the U.S. Department of Energy, conducted a new type of nuclear experiment on a day between July and September of last year at the Sandia National Laboratories in the U.S. state of New Mexico. This type of experiment does not require the use of a nuclear test site, though it does employ plutonium. The experiment is the third such test carried out by the United States, following those conducted in November 2010 and March 2011. The action cannot help but strengthen the criticism that the “world without nuclear weapons” which President Barack Obama has called for is becoming an increasingly remote possibility.

The third experiment was revealed in a report issued by the NNSA entitled “Summary of Experiments Conducted in Support of Stockpile Stewardship.” This means that the Obama administration has conducted three subcritical nuclear tests along with these other experiments. NNSA claims on its website that such experiments are “to assure the safety and effectiveness of the nation’s nuclear stockpile in nuclear tests without explosions.”

According to sources which include the NNSA website and the budget request of the Department of Energy for fiscal year 2012, these experiments have been conducted using the “Z Machine.” This device is reportedly able to assess the reaction of plutonium by generating the most powerful x-rays in the world and creating conditions similar to a nuclear explosion, which are far higher in pressure and temperature than conditions at the Earth’s core. The experiment is characterized by the fact that it makes use of only a small amount of plutonium, less than 8.4 grams.

The Obama administration has undertaken a variety of experiments and research projects in support of the Stockpile Stewardship Program, picking up from the policies of the Clinton and Bush administrations. The data collected is then fed into super computers to simulate nuclear tests accompanied by explosions.