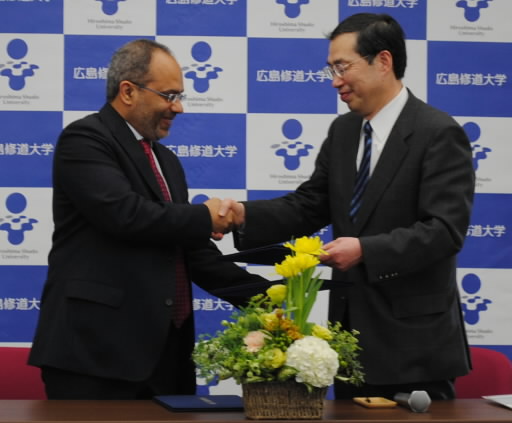 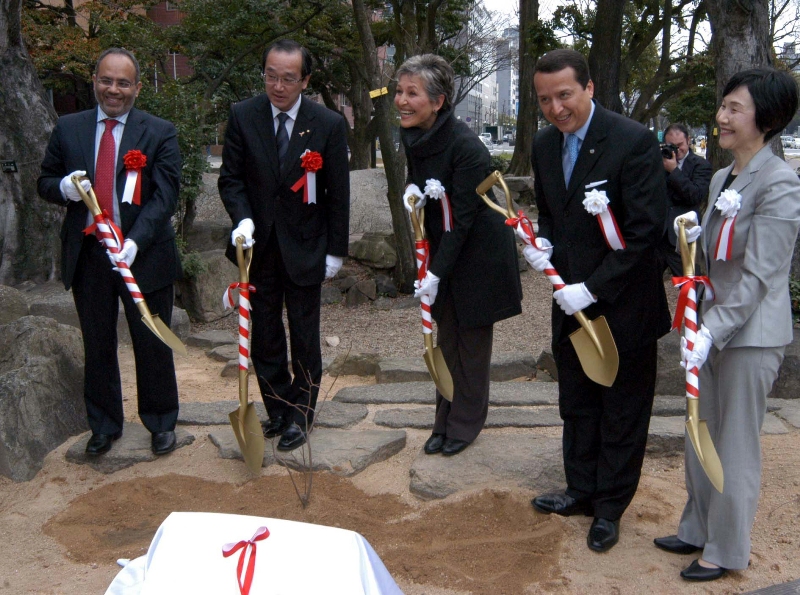 On March 30, Hiroshima Shudo University, located in Asaminami Ward, Hiroshima, concluded an agreement with the United Nations Institute for Training and Research (UNITAR, headquartered in Geneva, Switzerland) in which the two parties will cooperate in such efforts as providing support for the reconstruction work taking place in post-conflict nations.

At the signing ceremony held at the university, Dr. Carlos Lopes, the executive director of UNITAR, and Taichi Ichikawa, the president of Hiroshima Shudo University, formally concluded the agreement. Dr. Lopes stressed that he would like to focus on developing nations in promoting human progress. President Ichikawa shared his hopes for the partnership, saying, “I hope this agreement will help advance high-level international education.”

In line with the agreement, the university will take in trainees from developing countries seeking to reconstruct their nations, including Iraq, and conduct an exchange program with faculty members. In the future, the university also plans to pursue internships for Shudo students at the UNITAR Hiroshima Office, located in the city center, among other activities.

Dr. Lopes delivered a lecture entitled “The Challenges of Multilateral Diplomacy.” In his talk, he emphasized the importance of responding across national borders in times of conflict, since the past has shown, in many instances, that ordinary citizens can become caught up in the fighting.

Prior to the signing ceremony, Dr. Lopes took part in a tree-planting ceremony organized by Green Legacy Hiroshima in an area of greenery along Peace Boulevard in downtown Hiroshima. Together with Hiroshima Mayor Kazumi Matsui, Dr. Lopes planted the sapling of an A-bombed persimmon tree.