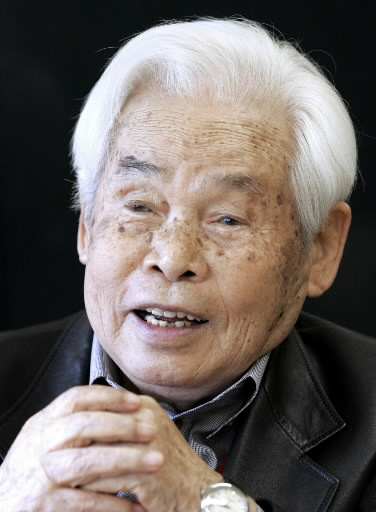 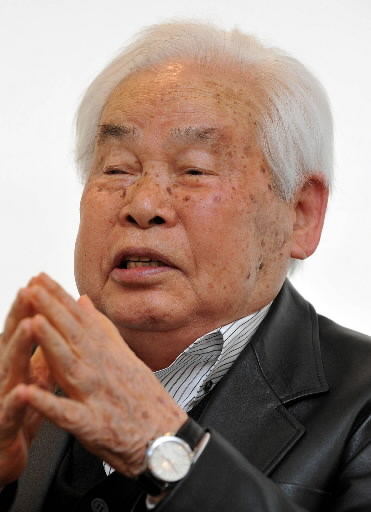 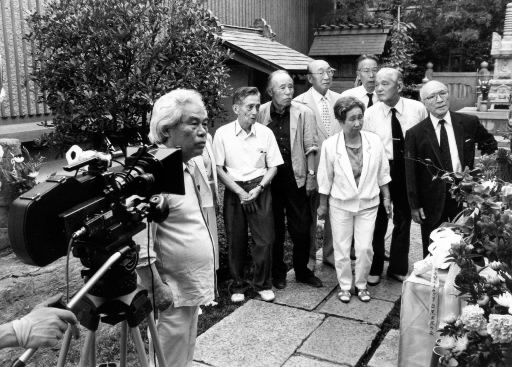 Kaneto Shindo, Japan’s oldest active film director, has died at the age of 100. Mr. Shindo, who was originally from Saeki Ward, Hiroshima, was well known for such movies as “Children of the Atomic Bomb” and “The Naked Island.” The director and screenwriter, who was awarded the Order of Cultural Merit, died of natural causes at 9:24 am on May 29 at his residence in Minato Ward, Tokyo. Funeral Services will be held at 11:30 a.m. on June 3 at Zojoji Temple in Tokyo. His son Jiro Shindo, a film producer, will serve as chief mourner.


Filmmaker was devoted to conveying the horror of the atomic bombing
by Masami Nishimoto, Senior Staff Writer

“Why do I stick to the atomic bomb in my work? It’s because I was born in Hiroshima. The atomic bomb completely devastated my hometown.”

Film director Kaneto Shindo wrote these words in his 1996 book entitled “Nagai futari no michi” (“The Long Road the Two of Us Took”). In this memoir, which was written two years after the death of actress Nobuko Otowa, who had been his partner in life, he shared his motivation for making films about the terrible destruction of the atomic bombing. Ms. Otowa starred in the film “Children of the Atomic Bomb,” which was shot in Hiroshima in 1952 after the end of the occupation by Allied forces.

“Children of the Atomic Bomb” is the story of a teacher who loses her family to the atomic bomb. She lives on an island in the Seto Inland Sea and visits her former students to find out how they are getting on. Some women who appeared in the film were still suffering from the actual wounds they sustained in the atomic bombing. Depicting the suffering of A-bomb survivors who became marginalized in the society during the time of post-war reconstruction, the film was among the first to convey the reality of the bombing to people both inside and outside Japan.

In 1959, Mr. Shindo shot the film “Lucky Dragon No. 5” to convey the reality of nuclear weapons. The movie, which he pursued before concluding a distribution agreement, focuses on the crew members of a tuna fishing boat who were exposed to radioactive fallout as a result of a U.S. hydrogen bomb test in 1954.

Mr. Shindo directed the film “Sakura-tai Chiru” (“The Deaths of the Sakura Troupe”) in 1988, a movie which depicts the members of a traveling theater troupe who were killed in the atomic bombing. When the film was released, Mr. Shindo commented in Hiroshima that he had set his sights on “the horror of radiation, which is still an issue today.” It is clear, given the nuclear disaster at the Fukushima No. 1 (Daiichi) nuclear power plant, that Mr. Shindo had remarkable, far-reaching insight.

Even in his final years, his passion for making movies on A-bomb themes did not dim.

For the August 3, 2003 issue of the Chugoku Shimbun, Mr. Shindo offered the plot for a movie entitled “Hiroshima.” He wrote, “I would like to show what a single atomic bomb can do.” His intention was to capture the scene immediately after a bomb explodes above the heads of human beings. It was a film he wanted the whole world to see. With the production costs projected to be 2 billion yen, he turned to the municipal and local media and appealed for their support.

“At the heart of who I am is my birth in Hiroshima,” Mr. Shindo told reporters. The fact that this film was not completed is highly regrettable.