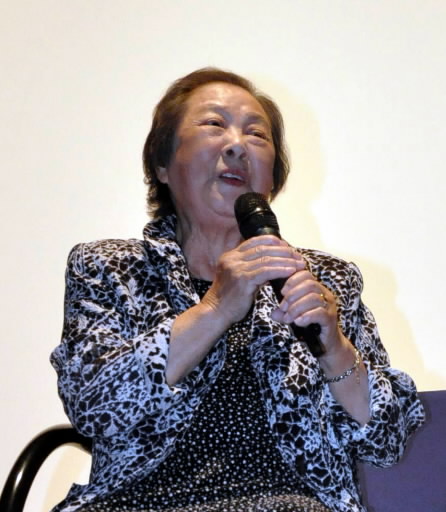 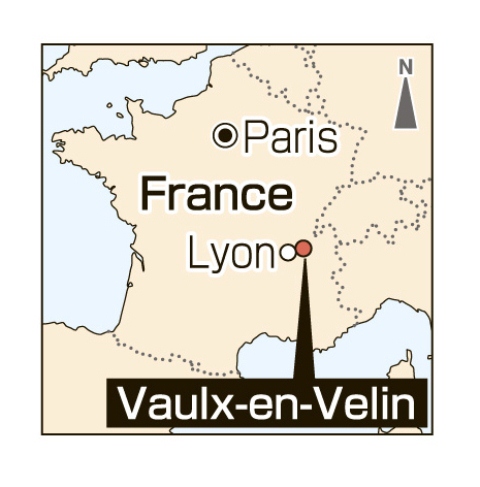 During World War II, Kyoko Hama, 86, a resident of Osaka, survived a massive air raid of that city as well as the atomic bombing of Hiroshima. Ms. Hama was invited by young members of a karate club in Vaulx-en-Velin, near Lyon, France, to share her experiences and spoke to some 180 people, including the mayor.

On March 13, 1945, Osaka suffered a devastating air raid. Ms. Hama described how she and her mother fled through a shower of sparks by covering themselves with a quilt soaked in water. After the air raid, she evacuated from Osaka and went to Hiroshima, her mother’s hometown. On August 6 of that year, she was exposed to the atomic bombing about 1.2 kilometers from the hypocenter. She recounted how, together with her mother and grandmother, she escaped from their home in the Kami-Nagarekawa-cho area (now Kaminobori-cho, Naka Ward) after suffering a serious injury caused by falling beams of the collapsed house.

The participants’ questions included: What did you eat after the atomic bombing? Did you get married and have children? Did the atomic bombing affect your children? Ms. Hama told them she ate or drank very little during her flight from Hiroshima to Shimane Prefecture. She also said she eventually married and had four children, one of whom has a thyroid disorder of unknown origin.

Floriane Kirmser, 18, a college freshman, said, “In school, we only learn when the atomic bombings occurred. Listening to Ms. Hama’s story, I now understand what nuclear weapons can do.”

This gathering to hear the firsthand account of an A-bomb survivor was organized by members of the karate club in their teens and twenties who are interested in the atomic bombings of Hiroshima and Nagasaki, and are learning about nuclear weapons and disarmament. The event was supported by Mayors for Peace France.