Office for Mayors for Peace is established in Semey, Kazakhstan 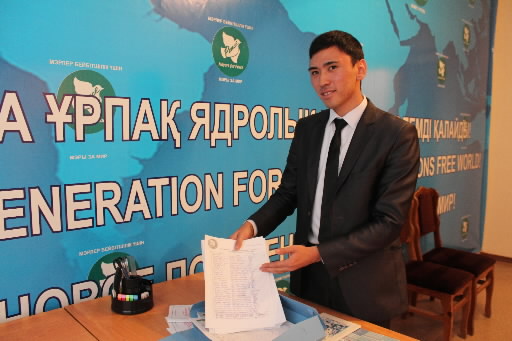 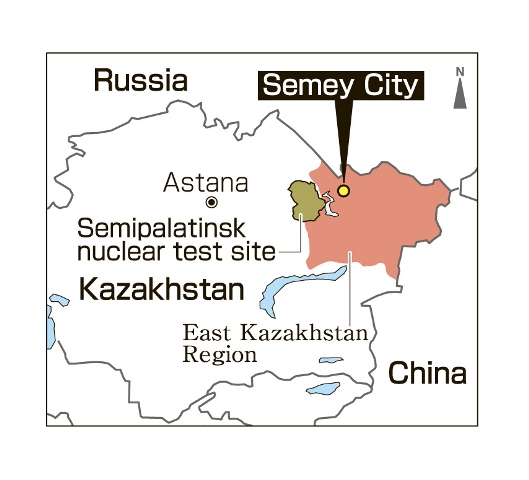 The city of Semey (formerly known as Semipalatinsk) in Kazakhstan, where over one million people were exposed to radiation as a result of nuclear testing conducted by the former Soviet Union, has opened an office for Mayors for Peace at City Hall. Semey, which is a member of the Mayors for Peace network, established the office in cooperation with the governments of Kazakhstan and East Kazakhstan Region. The city will make use of the office to strengthen its efforts for the abolition of nuclear weapons.

To mark the opening of the office, the city of Semey received a message from Kazumi Matsui, the mayor of Hiroshima, who also serves as the president of Mayors for Peace. “The opening will help reinforce cooperative relations toward achieving security in the world,” the mayor wrote.

The office in Semey is currently engaged in a petition drive for the Cities Are Not Targets (CANT) Project, an effort of Mayors for Peace. It has also introduced peace education classes in state schools, where students learn about the tragedies that have been wrought by nuclear weapons and power plants. The office will also lend its support to the construction of a peace museum which the Kazakh government is planning to build in the city.

Kairat Ibrayev, 22, who is overseeing the activities of the office, said, “We would like to join forces with the A-bombed city of Hiroshima in efforts to advance the abolition of nuclear weapons.” To date, there are 14 member cities of Mayors for Peace located in Kazakhstan, and of these, 10 are located in East Kazakhstan Region.