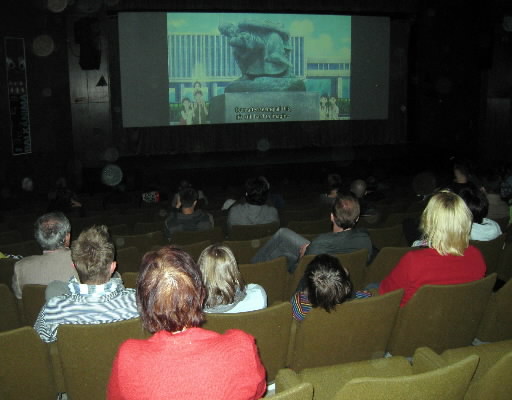 “Junod,” an animated film produced by a Hiroshima-based NPO, has won a special award at an international film festival in Serbia. The film depicts how Dr. Marcel Junod, a Swiss medical doctor, brought medical supplies to Hiroshima shortly after the atomic bombing. The story of Dr. Junod impressed the people of Serbia, who experienced bitter civil wars after the break-up of the former Yugoslavia.

The film festival “Balkanima” took place in Belgrade, the capital of Serbia, from October 2 through 6. About 150 films from 30 countries were shown.

In “Junod,” two girls slip back in time and witness the life of Dr. Junod, who devoted himself to humanitarian efforts. After the screening of this invited film, the audience of about 120 reportedly gave a long round of applause. It is the first non-European film to win an award at the festival.

In the 1990s, a series of conflicts flared in the former Yugoslavia when Croatia and Bosnia-Herzegovina, among others, fought for sovereignty. Improving ethnic relations in the region remains a challenge.

Shizuko Tsuya, 57, president of MOCT, an NPO based in Higashi Ward, Hiroshima, played a central role in the production of the film. After attending the festival, Ms. Tsuya commented, “I felt the people’s desire to overcome hatred. This film from Hiroshima can play a significant role in peace building.” MOCT will seek further opportunities to screen the film in and out of Japan.