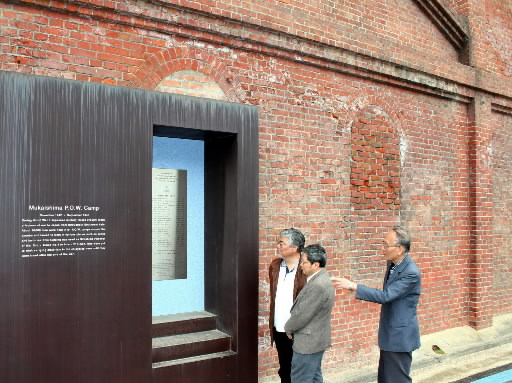 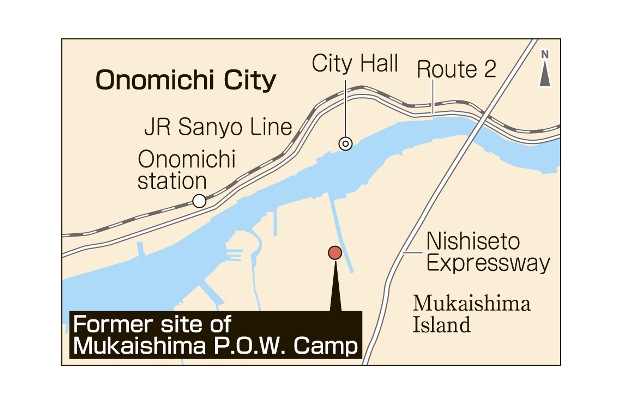 Former British soldiers, once held prisoner of war by Japanese military forces, will visit the city of Onomichi in Hiroshima Prefecture from October 22 through 24, accompanied by family members. The group of ten from the United Kingdom will meet members of the “Onomichi Aka Renga no Kai” (“Onomichi Red Brick Club”), a citizens’ group involved in the relocation of a plaque dedicated to British soldiers who died during the war while in the POW camp located in the city’s Mukaishima district. During the event the two sides will share their wishes for peace.

The British visitors will make stops at the planned site for the plaque’s relocation as well as a kindergarten in the city. They will also take part in a study session arranged by the Onomichi group at which the former POWs will talk about their experiences.

Mitsuo Minamizawa, 70, head of the Onomichi group, stressed the significance of this exchange, saying, “We can’t come to a place of mutual understanding if we don’t recognize the wrongdoings Japan made during the war.”

Inscribed on the plaque are the names of the British soldiers who died at the camp. In 1998, former POWs paid a visit to the city to console the spirits of the dead, and this prompted local citizens to seek friendly ties between Japan and the United Kingdom. Toward this end, Mr. Minamizawa, then a cleric, began collecting contributions from the community. In March 2002, the plaque was mounted on the brick wall of a factory building that was once used as a warehouse for the Japanese navy and had been adjacent to the POW camp.

However, the company that owned the factory went out of business at the end of 2011 and the land was sold, with plans for a commercial complex to be constructed on the site after dismantling the factory. Mr. Minamizawa and his colleagues sought to preserve the factory as a historical structure, but they were unsuccessful in this attempt. The decision was then made to move the plaque to a corner of the site.

The cost of relocating the plaque will be covered by proceeds from the sale of 25,000 bricks, which were cleaned and sold this past summer. The move is scheduled to be made by the end of January 2013. Mr. Minamizawa hopes that the upcoming exchange with the visitors from abroad will contribute to healing the psychological scars felt by the former POWs.

Mukaishima P.O.W. Camp
Between 1942 and 1945, about 220 prisoners of war from the United Kingdom, the United States, and Canada were detained at the Mukaishima Prisoner of War Camp. They were put to work in the nearby shipyards, engaged in hauling materials and other labor. Before the war ended, 23 British soldiers and one American soldier died at the camp. After the war, the building, which came to bear the commemorative plaque, was used as a factory for a spinning company. Known for its red bricks and saw-tooth-shaped roof, the building was dismantled in June 2012.