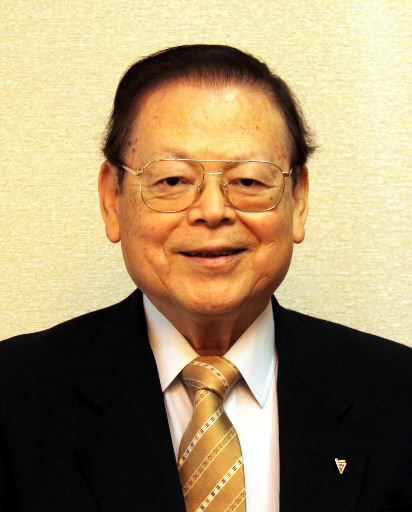 The Hiroshima Peace Center Foundation, chaired by Mamoru Tsuru, announced on October 22 that Shizuteru Usui will be honored with the 24th Kiyoshi Tanimoto Peace Award. Dr. Usui died this past May, at the age of 74, after serving as the president of the Hiroshima Prefectural Medical Association and the Japan Chapter of the International Physicians for the Prevention of Nuclear War (IPPNW).

Dr. Usui was eight years old when he was exposed to the atomic bombing while at home, 2.3 kilometers northeast of the hypocenter. Stressing that “A-bomb survivors are A-bomb survivors wherever they are,” he was active in efforts to provide medical care for survivors residing outside Japan. He was also instrumental in bringing IPPNW’s World Convention to Hiroshima for the first time in 23 years, an event held in August following his death.

This is the fourth time the award has been given to a late recipient. Mr. Tsuru commented, “We would like to pay our respects to Dr. Usui for devoting himself to the medical care of A-bomb survivors living outside Japan and the abolition of nuclear weapons.”

Chikako Usui, 74, Dr. Usui’s widow, responded to the news by saying, “I believe my husband is pleased. I would be happy if others carry on his efforts.”

The award ceremony will take place at an event called the “Gathering for International Peace,” scheduled for November 18. Mrs. Usui is expected to attend.

The Kiyoshi Tanimoto Peace Award was established in 1987 to honor the legacy of the late Reverend Kiyoshi Tanimoto of the Hiroshima Nagarekawa Church, located in downtown Hiroshima. Reverend Tanimoto was dedicated to providing support for A-bomb orphans and other sufferers of the atomic bombing. Past recipients include individuals and organizations that have contributed to activities aimed at promoting peace and preventing the A-bomb experiences from fading away.