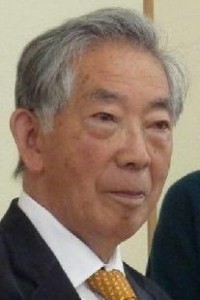 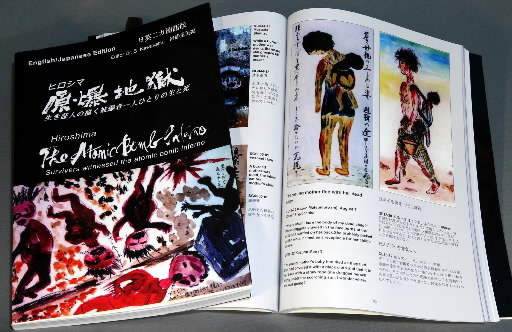 A book titled “Hiroshima: The Atomic Bomb Inferno” has been given an incentive award for this year by the “Peace & Cooperative Journalist Fund of Japan.” The award is presented to individuals and groups that have produced outstanding works on themes involving antinuclear and peace issues. The book, edited by Shigeyoshi Kawakatsu, 83, a former company president living in the city of Nara, contains pictures made by A-bomb survivors accompanied by explanations in both Japanese and English.

The A4 sized book consists of 236 pages and includes about 150 drawings held by Hiroshima Peace Memorial Museum. The pictures show such scenes as bodies floating on rivers in the city, a child clinging to a dead mother, and charred victims of the blast.

Mr. Kawakatsu was shocked to see these depictions of the atomic bombing at the museum and came up with the idea of compiling a book. He published a German-language version in 2008, a digital version in English in 2010, and a Japanese-language edition in 2011. The publishing costs were covered by Mr. Kawakatsu and two of his classmates from junior high school, who were exposed to the atomic bombing in Hiroshima and lost family members.

The incentive award is runner-up to the grand prize. This year, seven works have won incentive awards. Mr. Kawakatsu’s individual efforts to convey the suffering caused by the atomic bombing to the world have been highly regarded.

Originally from Tokyo, Mr. Kawakatsu has spent more than 50 years in Germany, including the time he served as president of a local subsidiary of Panasonic Corporation. He commented, “I feel encouraged by the award and I would like to publish the book in languages used in other nuclear powers, such as French and Chinese, so that more people will learn about the cruelty of the atomic bombing.”

“Hiroshima: The Atomic Bomb Inferno” is priced at 2,000 yen and is available at Hiroshima Peace Memorial Museum.