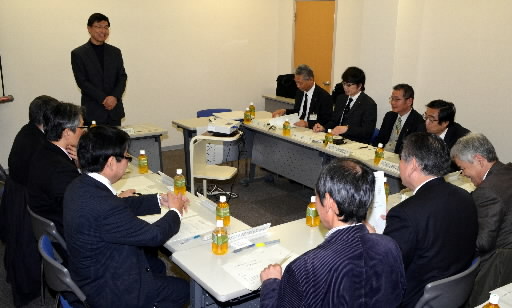 Fifteen people from ten entities, including Hiroshima Prefecture, Hiroshima City, Hiroshima University, Hiroshima City University, and the Hiroshima Office of the United Nations Institute for Training and Research (UNITAR), attended the inauguration meeting, held in downtown Hiroshima. They confirmed that the network will hold a general meeting and a special workshop to discuss specific projects in fiscal 2013 as well as organize a forum on peace building.

Shinichi Uye, director of the Institute for Peace Science at Hiroshima University and the representative of the network, said, “To date, there have been few unified efforts between administrative bodies, universities, and international organizations. We hope to convey our messages both at home and abroad.”