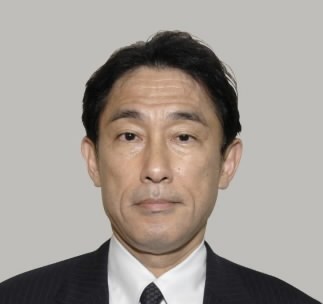 On March 21, it was learned that Foreign Minister Fumio Kishida from Hiroshima’s first constituency has begun to make arrangements for his participation in the ministerial meeting of the Non-proliferation and Disarmament Initiative (NPDI), to be held in the Netherlands, in The Hague, on April 9. Mr. Kishida is expected to lead non-nuclear diplomacy as a foreign minister from the A-bombed city of Hiroshima and appeal to the participating nations for cooperation in realizing a successful ministerial meeting of the NPDI that will be held in Hiroshima in April 2014.

The ministerial meeting in The Hague will seek to produce six consensus documents, including a document on the early implementation of the Comprehensive Test Ban Treaty (CTBT), which bans all types of nuclear experiments that produce nuclear explosions, and a document on measures to reduce the role of nuclear weapons.

By drafting concrete proposals designed to advance nuclear abolition, the meeting in The Hague aims to promote tangible results at the Nuclear Non-proliferation Treaty Review Conference in 2015.

The NPDI, comprised of ten non-nuclear weapon states and led by Japan and Australia, was established in September of 2010. Japanese foreign ministers have attended all five of the previous ministerial meetings.

At the end of February, Mr. Kishida stated in his first foreign policy speech since taking office: “As a foreign minister born in Hiroshima, which experienced the horrific consequences of a nuclear weapon, I will, through the NPDI, put everything I have into my work on disarmament issues.” At the time, he showed a keen interest in taking part in the ministerial meeting. Mr. Kishida will now take the future Diet schedule into account as he comes to a final decision on whether or not he will attend the gathering.

NPDI ministerial meetings are held two times a year. One of the NPDI member nations hosts a meeting in the spring, and the other meeting is held in the fall in New York.