Trees from those that survived A-bombing planted around the globe 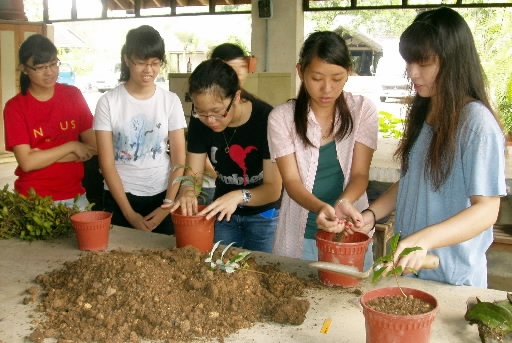 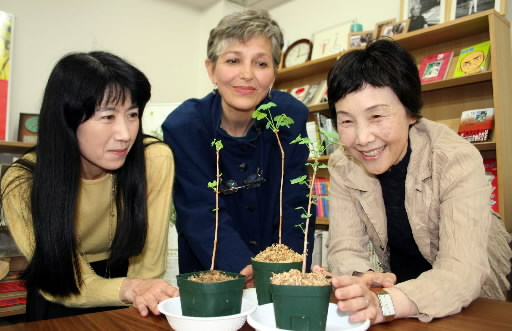 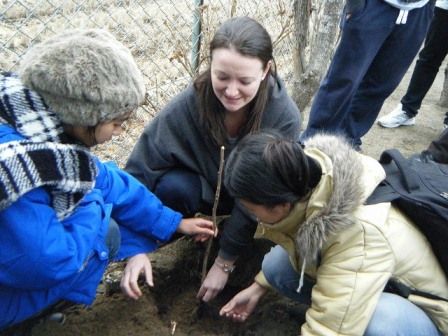 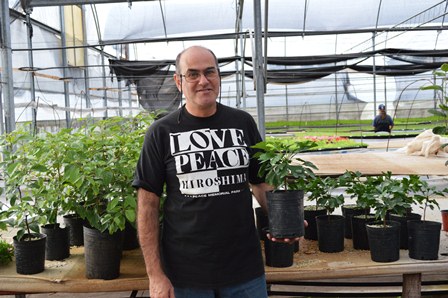 The efforts of hiroshimapeacemedia.jp/blog/mediacenter/article.php?story=2011122014073085_en" target="_blank">Green Legacy Hiroshima are steadily expanding. In an effort to promote Hiroshima’s spirit of peace, the local citizens’ group, which was founded nearly two years ago in July 2011, sends seeds and seedlings from trees that survived the atomic bombing of Hiroshima to countries around the world for planting. Trees are now growing in 15 countries, including Japan.

The Hiroshima Botanical Garden and a local arborist have lent their support to the group’s efforts. Trees within about 2 km of the hypocenter that survived the bombing include the Chinese parasol tree, ginkgo, Chinese hackberry, persimmon, round leaf holly, chinaberry and jujube. About 8,000 seeds and seedlings from these trees have been sent to schools and other organizations in Japan and abroad that have expressed a desire to have them.

After being quarantined, trees suited to the local climate are now growing in countries such as Afghanistan, Argentina, Iran and South Africa.

Nassrine Azimi, 54, former director of the Hiroshima Office of the United Nations Institute for Training and Research (UNITAR), came up with the idea for the project. “I’d like to send these trees out as a symbol of Hiroshima’s message that no matter how tough things are there is hope of recovery,” she said. “These trees that people have cared for over the years are as valuable as world heritage.”

Communication with the recipients continues after the seeds and seedlings have been sent as they report to Hiroshima on the growth of the trees. Camphor trees are growing at Tembusu College, National University of Singapore. A project under which students care for the trees has been launched, and in December of last year a student visited Hiroshima, saw the parent tree and learned how to cultivate the trees.

At the Botanic Garden of Irkutsk State University in Russia a special area was set up for trees grown from seedlings from Hiroshima, and ginkgo and Chinese parasol trees have been planted. The trees are adorned with paper cranes, and that area of the garden is used for peace education, such as events at which a picture book on Sadako Sasaki, the model for the Children’s Peace Monument in Hiroshima Peace Memorial Park, is read.

This year a ginkgo tree from Hiroshima is scheduled to be planted at the headquarters of the International Committee of the Red Cross in Geneva, Switzerland on August 6, the anniversary of the A-bombing.

Green Legacy Hiroshima plans to expand its efforts to include the United States and Kazakhstan, where nuclear weapons were repeatedly tested during the Soviet era. Tomoko Watanabe, 59, executive director of ANT-Hiroshima, a local non-profit organization, started the tree-planting project along with Ms. Azimi. “It’s the same as sending life to people,” she said. “I would like them to recognize the preciousness of life and of peace by caring for the trees.”