Painter from Kazakhstan, born without arms, will visit Hiroshima to appeal for nuclear abolition 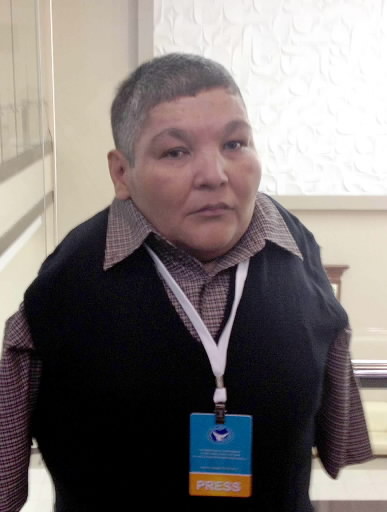 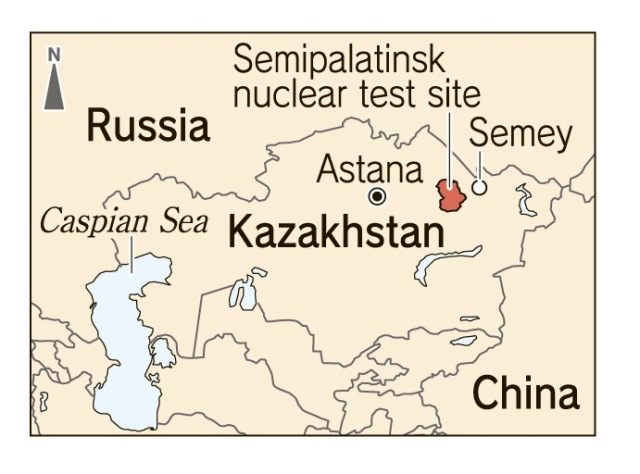 Karipbek Kuyukov, 45, a painter from Kazakhstan, will visit the A-bombed city of Hiroshima in mid-November, his first visit here in 23 years. Mr. Kuyukov was born without arms, an effect attributed to the repeated nuclear tests carried out in his nation by the former Soviet Union. He will hold a one-day exhibition consisting of 14 works created by using his mouth and his feet, to be held at the International Conference Center Hiroshima on November 20. The event is designed as an appeal for the abolition of nuclear weapons.

Mr. Kuyukov was born in a village near the Semipalatinsk nuclear test site, the largest such site in the Soviet era, where nuclear tests were conducted over 450 times. With his elder brother and sister dying before the age of one, it is believed that his parents were affected by the fallout from this nuclear testing.

Mr. Kuyukov has loved to draw pictures since he was a child. In addition to works made in oil paint and water colors which depict the beautiful nature of Kazakhstan, such as grassland and trees, his art also denounces nuclear testing with images that depict eerie mushroom clouds threatening the peaceful lives of local residents and the agonies of people who suffered radiation exposure.

Mr. Kuyukov will be visiting Japan as part of a peace effort called the “Picture Book without Pictures” Project, organized by a Tokyo-based NPO. His art exhibition in Hiroshima will take place from 2 p.m. to 4 p.m. with Hiromi Inayoshi, president of the NPO and a graphic designer, joining the event. Admission is free.