Editorial: Limiting the military application of the Basic Space Law 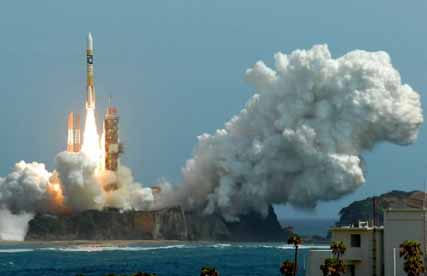 Passage of the Basic Space Law has opened the door to the military use of space, an about-face in the nation’s space policy from peaceful to security purposes. The legislation was co-sponsored by lawmakers of the Liberal Democratic Party, the New Komeito Party, and the Democratic Party. How the new law will be implemented must now be monitored closely.

In the original Diet resolution of 1969, the use of space was, in principle, restricted to peaceful purposes. The government had long been committed to a solely non-military use in regard to the development of space.

Japan ratified the United Nations’ Outer Space Treaty in 1967, a pact that prescribes the peaceful use of space. At the same time, this treaty does not prohibit the use of space for military purposes as long as such activities reflect forms of “non-aggression.” Consequently, a number of countries have since launched military satellites. The new Basic Space Law is meant to expand Japan’s use of space from “non-military” to “non-aggression” purposes so that the nation can catch up with the space programs of other countries.

Japan’s long-standing position has been that the peaceful use of space is of the utmost importance and, in fact, the new law stipulates that further developments must comply with the Constitution’s pacifist principles. Nevertheless, we must monitor the implementation of this law so that we do not compromise these pacifist principles in the name of security.

Space policies have clearly evolved over the years in response to changing times. In the 1980s, the government permitted the Self Defense Forces to use U.S. military communications satellites on the grounds that this technology had become pervasive. Then, in the late 1990s, following the launch of ballistic missiles by North Korea, Japan introduced information-gathering satellites. Still, the resolution of these satellites was set as low as that of commercial satellites.

In point of fact, the principle of peaceful purposes has acted to restrict effective space development. The aim of the new space law is thus to move away from dependence on U.S. satellites and toward greater reliance on Japan’s own satellites for information gathering. By emphasizing the “security” aspect, previous restrictions are lifted and military uses are made possible.

For the future, it is believed that this change in policy will enable the introduction of high-definition information-gathering satellites and early-warning satellites that can detect the launch of ballistic missiles. But, for instance, such developments could potentially lead to satellites with the capability of striking other satellites. In this sense, where should the line be drawn for the purpose of “security”? Thorough discussion on the limits of this use is needed.

No one would deny the importance of obtaining information through space technology. However, the enactment of this law must not lead to the eventual use of weapons in space. To promote comprehensive space policies, the new law requires the government to create a “strategic headquarters” for space development headed by the Prime Minister. The public must monitor, from the start, how much leeway this defense-oriented policy will be permitted in terms of military use.

One of the pillars of the legislation is the promotion of the space industry. Preferential treatment is prescribed for the enhancement of international competitiveness. But when space development is combined with military purposes, transparency may be undermined or industries may exploit their relationships with bureaucrats. With this in mind, the thrust of new development should center on peaceful uses for this technology, such as asteroid probes and satellites which orbit the moon.

A group of A-bomb survivors have voiced their concern over the prospect of outer space becoming an endless battlefield and have protested against the use of space for defense purposes. Such fears of the militarization of space must be weighed carefully to prevent this reality from one day arising.