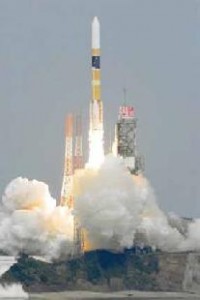 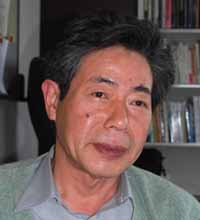 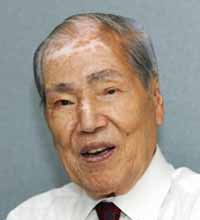 The Basic Space Law was approved in the current session of the Diet, clearing the way for the military use of space. The law was passed only 13 days after the bill was submitted and the actual time spent in deliberations prior to passage was a mere two hours in each house of the Diet. Despite the ease with which the law was approved, its impact is far-reaching and will alter the nature of Japan’s space development. Some analysts and A-bomb survivors have expressed alarm over the ramifications of this new legislation.

The Basic Space Law is the first law to articulate a vision for the future of space development in Japan. The ruling coalition’s Liberal Democratic Party and New Komeito Party submitted the bill in June of last year. The bill was then revised in cooperation with the Democratic Party of Japan and submitted to the Diet for approval.

In 1969, the Lower House unanimously adopted a resolution prescribing that the use of space be limited to peaceful purposes. The government’s stance had long been that “peaceful purposes” meant “nonmilitary purposes.”

A Shift from Peaceful Purposes

Under this policy, launching satellites for security purposes was prohibited. The capabilities of information-gathering satellites, introduced following the launch of a Taepodong missile by North Korea in 2006, were limited to the level of civil satellites. And the development of early-warning satellites, which might detect a missile launch, was constrained.

However, in the Basic Space Law, in order to eliminate these existing restrictions, the concept of “security” was included among the purposes for the nation’s space development. This change is a dramatic departure from a peaceful, or nonmilitary, use to a security use of a “nonaggression” nature.

In the bigger picture, this change appears to be related to not only North Korea’s nuclear and missile threat, but also to the missile defense system advanced in cooperation with the United States. This expanding demand in the realm of defense seems to be an ulterior motive behind support of the space industry.

In 1990, Japan had agreed to a U.S. request that the nation would obtain application satellites not intended for research and development [spacecraft that serve as tools of earth science or for navigation, communication, or other commercial purposes] through international bidding. This, however, resulted in harm to the domestic aerospace industry. In response, the Japan Federation of Economic Organizations observed that the control of Japan’s space policy by the Ministry of Education, Culture, Sports, Science & Technology was impeding the success of the nation’s space development efforts.

What changes will this legislation bring? A report entitled “Japan’s Vision for Security in Space” was released in August 2006 by a group headed by incumbent Defense Minister Shigeru Ishiba, LDP lawmakers representing the interests of defense-related organizations, senior Defense Ministry officials, and corporate executives of the aerospace industry.

The report states that, without an autonomous space infrastructure, the farther a missile is launched from Japan, the more difficult it is to obtain a swift detection time or to track the missile, maintaining the necessity of space use for missile defense. It recommended the introduction of early-warning and space-tracking-surveillance satellites. It also emphasized that communication satellites for exclusively defense purposes are essential for prompt communication channels with units of the Self Defense Forces deployed overseas.

It is safe to say that the new law is aimed at fulfilling the group’s recommendations. Concerns have also been raised over the transparency of space development. Even in regard to the information-gathering satellites currently in use, very little information is disclosed. The Basic Space Law stipulates that the government should take necessary measures for appropriate information management. If legal actions are taken to control information on future space development and use, researchers will be significantly affected.

Sumio Ishizuki, 43, a research associate at the National Astronomical Observatory of Japan, commented that “restrictions may be imposed on the freedom of research and presentation on the grounds that it could lead to the leaking of defense technology.” He fears, too, that “many space scientists and engineers will feel obligated to become involved in military affairs in order to advance their careers.”

It costs a substantial sum of money to launch satellites into space. If the main uses of these satellites are for military purposes, the transparency of space activities is likely to be further undermined. At a time of financial difficulties, putting the priority on defense means that the use of space for peaceful purposes will be forced to take a backseat.

Kazushi Kaneko, 82, chairman of the Hiroshima Prefectural Confederation of A-bomb Sufferers Organizations, expressed concern over the possibility of repeating the wartime experience of reaching a point of no return before realizing it. However, the truth is that this dramatic shift from peaceful to military use was itself decided while the majority of the public remained unawares.

Japan has been held in high esteem throughout the world because of its attitude toward the pursuit of peace under Article 9 of the Constitution. However, recent developments in the nation indicate that Japan is now trying to break with the past. The use of space for military purposes is one example.

Enactment of the Basic Space Law will lead to the expansion of the munitions industry. Despite the tenet of “nonaggression,” this word will become empty rhetoric before we know it and militarization will proceed in the name of self-defense. This can be compared to the way the Self Defense Forces, which grew out of the National Police Reserve, began to be deployed overseas.

With the realization of huge rockets, space is now a stage for missiles and military satellites. At the same time, satellites for scientific purposes have revealed an array of secrets in our universe, stimulating the interest and dreams of human beings.

The advance of space technology has produced these two diverging paths. In 1969, the Lower House of the Diet adopted a resolution calling for space to be used exclusively for peaceful purposes. The Upper House then passed an additional resolution which declared that the use of space be carried out under principles of independence, democracy, disclosure, and international cooperation.

Space would be far better off without a military function. Japan, at least, should maintain its complete commitment to peaceful use and keep space a safe world for the dreams of human beings. With sound space development, based on principles of independence, democracy, and disclosure, the domestic space industry can enrich its capabilities.

The definition of “nonaggression” is vague: Sunao Tsuboi, 83, co-chairperson of the Japan Confederation of A- and H-bomb Sufferers Organizations

By following the pathway of the Basic Space Law until it was approved, one can see how Article 9 of the Japanese Constitution is linked to the Self Defense Forces.

The fundamental problem is the idea that military use is justified if it is for security. Use of space for exclusively peaceful purposes was clearly articulated in the 1969 Diet resolution. But in this new law, the interpretation of the idea was changed from “nonmilitary” to “nonaggression.” It is hard, though, to draw a line between self-defense and aggression. Moreover, we’re talking about outer space, not the earth’s surface, which makes this issue even more complex.

I feel great concern over a state of affairs in which the results of research and development originally conducted for solely peaceful purposes are co-opted for military purposes by the space industry.

As an A-bomb survivor, I am resolutely opposed to nuclear weapons and to war itself. War, in fact, is something I reflect on constantly and ponder how it can be purged from the world. But in my eyes, people involved in politics seem to accept war as a premise for human life.

Our government should have adhered to the Diet resolution of 1969 when they drafted the Basic Space Law.

The 1969 Diet Resolution for Peaceful Use
Resolution Concerning the Principles of the Development and Utilization of Space (approved on May 9, 1969 in the plenary session of the Lower House of the Diet)

Our nation’s development and use of rockets and other objects launched into the earth’s atmosphere shall be exclusively for peaceful purposes. These shall include contributions to academic knowledge, improvements to people’s lives, the welfare of humanity, and the development of industrial technology and international cooperation.

Essential Points of the 2008 Basic Space Law
・Space development and use shall be promoted so as to contribute to the peace and security of the international society as well as the security of Japan.
・To enhance space industry’s technology and international competitiveness, necessary measures shall be taken in regard to tax and finance.
・To promote space policies, a “Strategic Committee for Space Development,” headed by the Prime Minister, shall be created in the Cabinet.
・Necessary measures shall be taken for appropriate control of information on space development and utilization.
・Development of legal systems to create the Space Bureau in the Cabinet Office and revision of the functions of the Japan Aerospace Exploration Agency (JAXA) shall be carried out within one year.