Hiroshima Memo: Japan and the Military Use of Outer Space 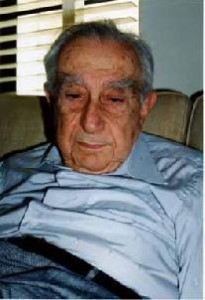 When I hear the phrase “military use of outer space,” I am invariably reminded of Edward Teller (1908-2003), the American physicist who was dubbed the “father of the hydrogen bomb.” He was an advocate of the Strategic Defense Initiative (SDI), otherwise known as “Star Wars.” I once debated its necessity with him.

SDI was adopted in 1983 by the Reagan administration as a new anti-ballistic missile defense system by deploying particle beam weapons, X-ray lasers, and other high-tech weapons in outer space in order to shoot down ballistic missiles of the former Soviet Union. These enemy missiles, suspected of traveling at a speed of about 6.6 kilometers per second--similar to that of the Minuteman III, a ground-based intercontinental ballistic missile (ICBM) produced by the United States--were meant to be destroyed in space. The initiative, however, was not progressing as smoothly as Dr. Teller had expected due to the enormous cost of the research and development as well as its complex technological challenges.

In 1994, I had the opportunity to interview Dr. Teller at his home on the campus of Stanford University in California. As the Soviet Union had already collapsed by that time, I asked him if SDI was still needed. “Of course,” he responded without hesitation. He told me it was a necessary defense, not in terms of the former Soviet Union, but against North Korea and Iran, which had embarked on developing nuclear capabilities of their own. I wondered why he considered North Korea and Iran threats to the United States, the nuclear superpower. Dr. Teller replied, “North Korea is a menace to the United States, but Japan is located in a particularly dangerous place. Japan would be wise to work with the United States to develop SDI.” I countered, “I believe SDI is a wasteful way to use our resources. I have doubts that it will be effective as a means of defense.” But Dr. Teller insisted that SDI would provide an effective system for security if the project had a larger budget for research and development.

Today, the situation is turning out much as the late Dr. Teller had desired. Although the original vision for SDI has been scaled back, Japan has been participating in the research and development of “missile defense” (MD) for some time. And the rationale for this effort is always couched in terms of the country’s “security” and “defense.”

But a missile defense shield, however airtight, would not guarantee perfect security. It would not prove of any use against an attack from armed terrorists. Although China has succeeded in test strikes of anti-satellite missiles, the nation was unable to provide “security” against the Sichuan earthquake. And in North Korea, many people are starving as the country invests more resources in military “security” than in the food supply.

Hurricane Katrina, which ravaged the southern part of the United States in 2005, has been called a man-made disaster as it revealed the country’s inadequate response to such catastrophes. And the suffering of hundreds of thousands of people has still not been sufficiently addressed through relief measures. Much of the blame for this debacle can be laid squarely on the nation’s military expenditures in recent years--over one trillion dollars (about 105 trillion yen) has been spent, including the cost of the war in Iraq--and this enormous expense is naturally squeezing budgets for medical, educational, and other civilian needs. Military buildup is, in fact, undermining the “human security” of people’s daily lives.

The tragedies of Hiroshima and Nagasaki teach us that human beings now exist in an age in which war must be renounced as a means of pursuing a nation’s interests or for resolving disputes. The Japanese people learned this lesson the very hard way, yet it has not been sufficiently grasped by the whole world, resulting in an arms race, and armed conflict, that have continued to this day.

Japan, too, seems to be forgetting this lesson amidst the climate of military buildup in its region and its military alliance with the United States. The Basic Space Law was recently enacted under these circumstances, overturning a 1969 Diet resolution that had permitted the nation to engage in strictly peaceful purposes in regard to the use of outer space.

I think the world would agree that human lives and human rights must not be violated by any individual or nation, but when it comes to matters of “security,” we are liable to set aside our moral instincts. Japanese politicians should serve to spread the lesson of Hiroshima and Nagasaki widely, but instead, they tend to think light of it and say that such an appeal is naive and unrealistic. It is disturbing, too, that this attitude is more conspicuous among younger politicians who were born after the end of the war.

Dr. Teller, who was born in Hungary, was driven by his deep distrust of human nature. His suspicions involving potential enemies apparently continued to grow even after the United States claimed military control of outer space. No sort of defense would likely have reassured him.

The experience of Hiroshima and Nagasaki rejects this mind-set of suspicion and calls for compassion and trust to replace hostility and violence. To finally bring an end to the ceaseless cycle of war, human history now needs a contemporary “Copernican Revolution.” We have no other choice but to change our way of thinking completely.

Our earth has become a much smaller place, in terms of time and space, due to the dramatic developments in communication and transportation over the past several decades. Because of global warming and other environmental issues, our planet is now faced with a variety of global challenges, including issues involving population, energy, food, and sanitation, which must be confronted by us all as a collective effort. These are difficult times, but if the outdated cold-war mentality does not evolve, the very existence of our earth will be imperiled.

The adoption of the Basic Space Law was supported by many politicians without due deliberation. They called this legislation a “realistic” choice. The people of Japan must now pay careful heed to developments involving this new law to ensure that it does not ultimately produce unwanted and irreversible consequences.

(Originally published in an abridged form on June 2, 2008)