The Hiroshima-Nagasaki Protocol, a driving force for nuclear weapons abolition 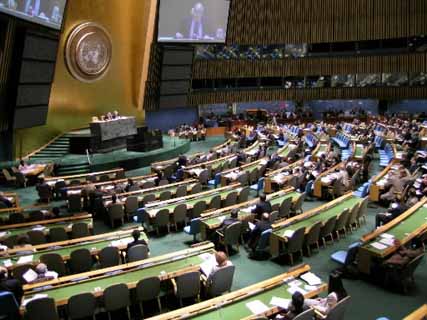 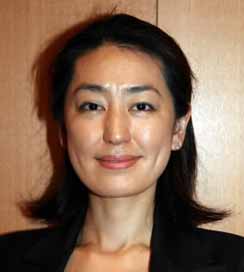 Rid the earth of nuclear weapons by 2020! At the end of April, Mayors for Peace, with Hiroshima Mayor Tadatoshi Akiba serving as president, announced the core effort of their “2020 Vision” campaign: the Hiroshima-Nagasaki Protocol, a roadmap for accomplishing this feat. The hope for this protocol is adoption at the Nuclear Non-Proliferation Treaty (NPT) Review Conference in 2010. But how much impact can we expect from a protocol issuing from cities that have been pleading for nuclear abolition since they were struck by atomic bombs 63 years ago?

The Hiroshima-Nagasaki Protocol can be read in its entirety on the Mayors for Peace website.

The person who proposed and largely drew up the protocol is Mayors for Peace advisor Aaron Tovish, 59, who resides in Vienna, Austria. He wrote the document in English then submitted it to others for revision. This is why the Japanese version is still a “provisional translation.”

Mr. Tovish, who has worked for other international NGOs, said he proposed the idea because about 20 years ago he helped draw up another protocol proposing revisions to the Partial Test Ban Treaty, which had first entered into force in 1963.

“In the end, that protocol was not adopted, but it nevertheless prompted a meeting among the United States, the former Soviet Union, and other nuclear weapon states (NWS) in 1991, so in this sense, it had some impact on the issue,” explained Mr. Tovish. “This time, I thought that if we could engage the world through this process, we might be able to sufficiently increase the momentum toward nuclear abolition to realize our goal by 2020.”

When he came to Hiroshima in August 2007, Mr. Tovish explained the protocol strategy and its significance to Mayor Tadatoshi Akiba and Steven Leeper, chairman of the Hiroshima Peace Culture Foundation, which houses the Mayors for Peace secretariat. They gave him the go-ahead to develop the protocol.

Mr. Leeper recalled, “I didn’t believe that a protocol by itself would move the NWS. But it could help arouse public ire against nuclear weapons that might grow into a real demand for abolition.”

In the end, Mr. Tovish presented two rough drafts for comment to about 30 Mayors for Peace advisors, all of whom are on the staff of international NGOs.

The advisors preferred the version that demanded immediate action from NWS because “demanding action is critical” and “conveys urgency to the reader.” In April 2008, Mayors for Peace adopted that version of the protocol.

Asked which part of the text he found most challenging to write, Mr. Tovish responded, “Unlike previous proposals that call for negotiations for nuclear disarmament to be followed by action, this one requires countries to immediately stop procuring nuclear weapons, then start negotiations.”

The possibility of eliminating nuclear weapons in the 12 years until 2020 looks dim unless we begin negotiations with the NWS and urge prompt action simultaneously. The UN’s Fourth Disarmament Decade beginning in 2010 will provide a tailwind.

Until now, movements for nuclear disarmament have sought negotiations through the United Nations to win the approval of the NWS. However, despite the promise nuclear weapon states made at the 2000 NPT Review Conference to undertake unequivocal steps toward disarmament, strong opposition by the United States at the 2005 conference brought those talks to an impasse.

The Mayors for Peace secretariat outlined the following scenario: When the UN General Assembly convenes in 2009, Mayors for Peace will ask the body for a resolution to place the Hiroshima-Nagasaki Protocol on the agenda of the NPT Review Conference in 2010. As nuclear disarmament issues are raised at these conferences, the positions of various countries will come into clear relief. The secretariat emphasizes the significance of “identifying which countries oppose abolition so that pressure can be applied.”

At present, no concrete plan exists for calling on or assisting national governments to submit the resolution to the UN General Assembly or the NPT Review Conference.

“The protocol itself won’t drive the movement,” said Mr. Leeper. “That will require the support of the people and city governments.” It apparently cannot be denied that only a groundswell of support will provide the protocol with real weight.

How, then, can the NWS be persuaded to agree to the protocol? How can the number of nuclear weapons be reduced to zero? Opportunities like September, when the legislative heads of the G8 nations visit Hiroshima for the Summit of Lower House Speakers, must be taken advantage of fully as this summit will feature participants from four NWS (the U.S., Russia, U.K., and France). Little time remains to figure out how to turn the protocol into a driving force for the abolition of nuclear weapons.

Mayors for Peace
In response to calls from the mayors of Hiroshima and Nagasaki, Mayors for Peace was launched in 1982 as “The World Conference of Mayors for Peace through Intercity Solidarity.” As of June 2, 2008, the organization has 2,227 member cities in 129 countries and regions. In 1990 it was officially registered as a UN NGO related to the Department of Public Information. The mayor of Hiroshima serves as the group’s president.

Protocol
A document used to revise or supplement a treaty. If established as an international agreement, it exerts the same force as the original treaty.

What challenges will the Hiroshima-Nagasaki Protocol face? Noriko Sado, 35, associate professor in the Faculty of Law at Shudo University and a specialist in the field of international security, offered her views.

“The phased approach to a deadline of 2020 for abolishing nuclear weapons has merit. Until now, the only fruit of various negotiations has been vague promises. Setting deadlines shuts off the escape valves of the NWS.

“The protocol incorporates language to address the problem of nuclear proliferation. Article 1, Item 2 requires non-nuclear weapon states that possess weapons-usable fissile material to “take the steps taken by nuclear weapon states that apply to their circumstances.” By reassuring the NWS that they are not the only targets, the protocol hopes to win support from more NWS and other nations.

“Of course, the obstacles are formidable. The deadlines themselves will put off some countries. The nature of the protocol may, in fact, prevent the Japanese government from backing it. If Japan were to support this protocol at the NPT Review Conference, it would mean that the nation is now agreeing to forgo the U.S. nuclear umbrella after the year 2020. Can the Japanese government really do that?

“Article 1, Item 1(b) will likely provoke plenty of opposition because it requires parties to cease all military activities that involve nuclear weapons. The requirement to abandon nuclear deterrence postures will be a huge hurdle for the NWS.

“Adoption of the protocol resolution will have no direct effect as UN General Assembly resolutions have no binding power on member countries that don’t agree with them. But the strategy of incorporating this step will help create an environment of mounting opposition to nuclear weapons. While there is no guarantee that the NWS will agree, the protocol will undoubtedly have an impact on the NPT Review Conference.

“Surrounding national governments with the power of their own people and cities is not a bad idea. Popular movements have brokered treaties against landmines and cluster bombs. The landmine movement was propelled by NGOs, who lobbied governments and educated the public. The question is, to what extent will Mayors for Peace be able to use this protocol to take action? Mayors for Peace must go beyond reaching out to the public to increase opposition to nuclear weapons and intensify its efforts at lobbying national governments directly.”