Perspectives on nuclear abolition in connection with the Survey on Nuclear Weapons, Part 1 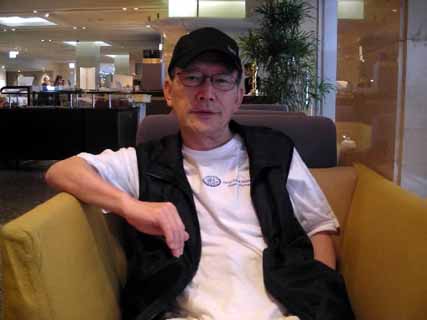 As a follow-up to the survey on nuclear weapons conducted by the Hiroshima Peace Media Center, the Chugoku Shimbun interviewed five influential individuals. The survey of citizens and non-governmental organizations (NGOs) both in Japan and overseas revealed a sense of crisis regarding the proliferation of nuclear weapons. At the same time many respondents expressed their desire for a clear path to nuclear weapons abolition. Each of the people we interviewed spoke candidly on one of five issues, including the role of Hiroshima and the policies that should be laid out by the Japanese government.

Comment by respondent to the survey: “Is it persuasive to call for nuclear abolition while depending on the ‘nuclear umbrella’?”

Yo Henmi, 63, writer
A-bombing was a crime, Hiroshima should get even angrier

Japan’s calls for the abolition of nuclear weapons while being shielded by the nuclear umbrella of the United States are completely lacking in persuasiveness. As far as I’m concerned, Japan is a “pseudo-nuclear nation.” It is not a leader in the global peace movement and its actions are regarded as laughable from outside the country.

The issue of whether or not the dropping of the atomic bomb was a war crime was effectively shelved after the war and never clarified. I feel this is the basic issue. The U.S. should be confronted with the fact that the dropping of the bomb was mass murder, but this point remains ambiguous.

I sense this in the peace movement in Hiroshima as well. The U.S. has not budged from its position that the bombings were justified. Japan’s grass-roots movement has too many illusions about the U.S. The foundation of the anti-nuclear movement is not solid.

In 1996 the A-bomb Dome was designated as a UNESCO World Heritage site. However, in deference to the U.S., language stating that it was “the first nuclear weapon ever used on human beings” was deleted from the research report. China also abstained from voting stating that Japan has not sufficiently atoned for its actions during the war.

It is debatable whether it was a good idea to have the dome designated a World Heritage site after the report was watered down so much. The intent to inscribe it as a negative legacy was a good one, but it was meaningless to do so after allowing the deletion of the most important fact. Japan has not made the effort to remind China of its renunciation of war or to ask for its understanding. Japan has merely remained subservient to the U.S. Japan’s responsibility for its invasion of Asia and the atomic bombings are separate issues. Of course, they are essentially different matters that can’t balance each other out. That needs to be properly conveyed.

Last year posters were displayed on streetcars in Hiroshima referring to the A-bomb Dome as “the World Heritage site Hiroshima is proud of.” They were removed after protests by atomic bomb survivors.

This sort of thing is typical of the atmosphere in Japan. While Japan relies on the nuclear umbrella of the U.S., the A-bomb Dome is pitched as a tourist spot. Rather than a loss of interest in the issue, it makes one wonder whether Japan has really ever taken an anti-nuclear position.

I imagine most of Hiroshima’s citizens are aware of the significance of the A-bomb Dome, but there are people who haven’t given it much thought as anything other than a tourist spot.

In October 2006, Shoichi Nakagawa, then head of the Liberal Democratic Party’s Policy Research Council, and Taro Aso, foreign minister, both stated the need for a debate on whether or not Japan should possess nuclear weapons. In a speech last June, Fumio Kyuma, former defense minister, said the atomic bombings “couldn’t be helped.”

Unlike in the past, there is now debate as to whether or not the nuclear umbrella is effective. In the U.S. there are those who argue that the nuclear umbrella should be “closed.” Under these circumstances the LDP’s right wing is very touchy. There is a possibility that more and more people will suggest that Japan’s possession of its own nuclear weapons should be debated.

Under those circumstances is it acceptable to use the old arguments? Neither the grass-roots movement nor journalism is keeping up with the changing situation. The anger about Kyuma’s statement was mild. We must strongly criticize the war crimes of the U.S. and rebuild the peace movement from that standpoint. The people of Hiroshima should get even angrier.

Yo Henmi
Born in Miyagi Prefecture in 1944. Awarded a prize by the Japan Newspaper Publishers and Editors Association in 1979 for his coverage of China while a reporter for Kyodo News. Novel “Jido Kisho Sochi” [Automatic Wake-up Device] won the Akutagawa Prize in 1991. Has been a freelance writer since retiring from Kyodo News in 1996.

For the complete results of our Survey on Nuclear Weapons, please click here.
ツイート
Return