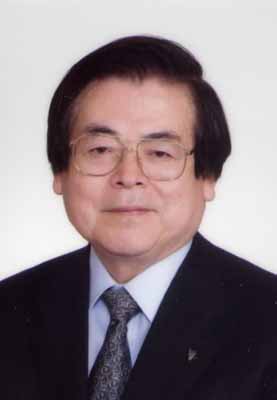 A Physician’s Thoughts on Hiroshima

Sixty-three years have passed since the atomic bombing of Hiroshima, but many people still vividly remember the disaster as if it had happened only yesterday and continue to suffer from illnesses caused by the bombing. I myself was exposed to the atomic bomb 2.4 kilometers from the hypocenter. I was on my way to see a friend who lived about 50 meters from my home.

With a sudden flash of light, the brick wall in front of me disappeared, and glass shards rained down on me. My neighborhood was more than 2 kilometers to the north of the hypocenter, but the houses on the riverbank facing the hypocenter were burned and completely or partially destroyed. The next day, I saw numerous bodies lying on both sides of the street. It was a living hell.

Today, the number of people who can speak from personal experience about the atomic bombing, who fully understand its horror, is fast declining. Are the tragedies of Hiroshima and Nagasaki now fading from memory? In my experience, it seems sympathy for the A-bomb survivors is waning and fewer people are actively involved in appealing for peace by conveying the dreadful consequences of the atomic bombings.

In 2001, the world was stunned by the terrorist attacks of 9/11 in the United States, in which almost 3,000 people were killed. In retaliation, the United States waged war in Afghanistan, aiming to wipe out Al-Qaeda. Then they expanded the war into Iraq, but that decision has created a quagmire of terrorism.

As Ramses II of ancient Egypt wondered: Will there always be war as long as human beings exist? The tragedies of the atomic bombings of Hiroshima and Nagasaki and the lasting, insidious effects of radiation must not be forgotten. In this sense, the G8 Summit of Lower House Speakers taking place in Hiroshima has great significance.

At a symposium in Hiroshima, Professor Choi Kil-sung of the Hiroshima University Graduate School for International Development and Cooperation said, “The 9/11 attacks in New York shocked the whole world. Japan, too, suffered profoundly in the atomic bombing of Hiroshima, but when it recalls Hiroshima, it must also remember its responsibility for the invasion and colonization of Asia.”

If Japanese militarism had not bred a war of aggression, Japan would not have been A-bombed by the United States. When I view the exhibits at Hiroshima Peace Memorial Museum, it concerns me that the museum focuses solely on the damage done to the city and its residents. It’s only natural that Asian visitors find it difficult to sympathize with the suffering of Hiroshima. They are upset that Japan speaks merely of the damage itself experienced and now appeals for peace without sufficiently reflecting on its past conduct or taking responsibility for the war.

The six-party talks involving North Korea are being conducted to discuss that nation’s nuclear weapons program and gain agreements for disabling its nuclear facilities. Though the talks have experienced a number of difficulties, the world has generally expressed support for this process. At the end of this past July, when it was still believed that North Korea would follow through with its agreements, the co-presidents of the International Physicians for the Prevention of Nuclear War (IPPNW) sent a letter to Assistant Secretary of State Christopher Hill, stating that, at a time of heightened concern over the proliferation of nuclear weapons, IPPNW welcomes the news that North Korea has pledged to shut down its nuclear reactor and permit international inspections to verify its disarmament. The letter also said that the world will undoubtedly be a safer place once North Korea has completely dismantled its nuclear weapons and the infrastructure to produce them.

IPPNW received the Nobel Peace Prize in 1985. In 1989, about 3,000 physicians gathered in Hiroshima and called for nuclear disarmament and for the prevention of nuclear war, setting 1995 as the target year for abolishing nuclear weapons. Today, however, about 20,000 nuclear warheads are still deployed in the world. It is believed that the knowhow to manufacture nuclear weapons is being sold on the black market for about 6 million dollars, more than 600 million yen. There are also risks of accidental nuclear war. If those who control nuclear weapons become addicted to drugs, or if radar observers mistakenly take a flock of birds for a nuclear strike, nuclear weapons may be launched.

Sixty-three years after the atomic bombing, the plaintiffs who have filed lawsuits over the government’s certification of A-bomb diseases are finally winning their cases, one after the other. I was once a member of the screening committee for issuing A-bomb disease certifications, but I didn’t feel satisfied with the assessment procedure. The decisions were made in a mechanical manner without giving due consideration to individual cases. I wanted this fact to be widely known and so I wrote a book entitled, in English, “Sorrowful Rainbow.” The recent court rulings have taken a position similar to mine, enabling the voices of many A-bomb survivors to at last be heard. The new policy authorized by the Health Ministry says that the screening for issuing certification shall be conducted based on the spirit of the Atomic Bomb Survivors Relief Law. In this regard, I welcome the new policy.

Concerns, though, still remain. Although the average age of the A-bomb survivors is now over 75, their lawsuits over A-bomb disease certification linger on in the court system. Adequate medical assistance is not provided to survivors living in Brazil and in other foreign countries-- but hibakusha are hibakusha, wherever they live. The ministry, the Diet, and healthcare professionals must all make further efforts to resolve the remaining issues. In addition, I hope an internationally-recognized center for medical research, a “Hiroshima Radiation Medical Research Center,” will be established at the site of the Hiroshima Municipal Baseball Stadium [which will close at the end of this year].

The quiet prayers of the people of Hiroshima and Nagasaki hold no enmity toward the country that dropped the atomic bombs. Their prayers do not harbor bitterness, either, toward their own nation for leading them into war, resulting in these tragedies. Hiroshima and Nagasaki, though, must not stop at prayer. Peace is not something given; peace can only be gained through our efforts.