Interview with the Japanese ambassador to Iran on the nuclear issue 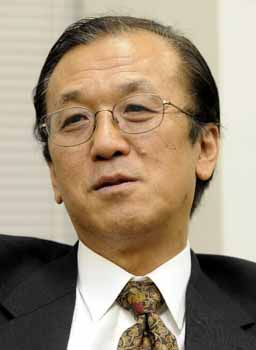 Because it has continued its enrichment of uranium, Iran is suspected of developing nuclear weapons. The Chugoku Shimbun asked Akio Shirota, ambassador to Iran, how Japan should address this issue. Mr. Shirota, 59, a native of Hiroshima Prefecture, was recently in Japan on assignment.

Iran is suspected of developing nuclear weapons.
We should consider this problem separately from that of North Korea whose government formally declared that it was developing nuclear weapons and that it had conducted nuclear tests. Iran has consistently said that the uranium will be used for peaceful purposes, and we must recognize that Iran has also accepted certain safeguards of the International Atomic Energy Agency (IAEA).

We must also make Iran understand that the international community feels it can’t be trusted and is concerned that it could develop nuclear weapons at any time. We should also urge Iran to make efforts toward greater transparency.

Iran has not ratified the Comprehensive Test Ban Treaty or the IAEA’s supplementary protocol. Is it possible to persuade them to do so?
That’s correct. But Iran has suffered in war, particularly as a result of Iraq’s use of poison gas in the Iran-Iraq War, and the desire of Iran’s citizens for peace is no different from ours. I believe a solution to the problem can be found if we work to preserve good relations between our two nations not only at the government level but also between our citizens.

What is Japan’s role?
It’s difficult for the United States, Russia, Great Britain, and other countries that Iran feels leery of to engage with them in dialogue, but Iran will listen to Japan. We must continue to say what needs to be said to them as a friend, face them head on, and help them rebuild their relationship with the international community.

If Iran were to arm itself with nuclear weapons it would send shock waves throughout the Middle East and southern Asia and could lead to a nuclear arms race. At the very least we must avoid that. The U.S. has a new administration, and we are starting to see signs of change. There are very high expectations of Japan in Iran.

What is the significance of Hiroshima’s call for the abolition of nuclear weapons?
I’ve heard that those I invited to Japan, and visited Hiroshima, have wept when they learned about the destruction caused by the atomic bomb. Even if I don’t bring up the subject myself, when people learn I am from Hiroshima they express sympathy.

But we should not talk about our tragic past only. We should also tell them about how Hiroshima was rebuilt and what has been accomplished. In the Middle East many people have, in fact, died or been injured in war. People want to know how to get back on their feet, how to break the chain of violence and how to build a peaceful, prosperous society. There are unlimited opportunities to put Hiroshima’s experiences to use.

Akio Shirota
Mr. Shirota is a graduate of Hiroshima Gakuin High School and Tokyo University. He has served as ambassador to Qatar as well as ambassador in charge of international anti-terrorism measures and Iraq reconstruction assistance. He assumed his current post in September 2007.