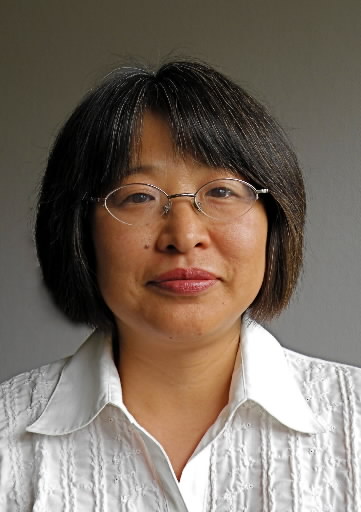 High hurdles for diseases to be recognized as radiation-induced illnesses

A compensation law for French nuclear test victims, or the Morin Law, was enacted on January 5 this year. On June 11, nearly half a year later, the government decree that defines the range of application of the law was finally published. Exactly 50 years have passed since France's first nuclear test was conducted in the Sahara Desert in 1960. While the first step is about to be taken toward compensation for the damage, a number of challenges remain.

On June 23, a news conference was held by the Association des Vétérans des Essais Nucléaires (Association for Veterans of Nuclear Tests) (AVEN) in the office of AVEN's legal advisers in the heart of Paris. In front of fewer than ten French reporters, Jean-Luc Sans, president of AVEN, declared in his opening remarks: "The decree is by no means satisfactory."

The release of the decree, originally scheduled to be issued in February, was repeatedly postponed. AVEN wrote an open letter inquiring about the decree's contents to Defense Minister Hervé Morin, but received no reply. Furthermore, though Mr. Morin promised to hold a news conference about the requirements for applications involving compensation, he has broken that promise. A taut look on the face of President Sans revealed his indignation and distrust with regard to the government.

"Of course, there is merit in the existence of the law and the decree. We will submit application forms for the compensation immediately. At the same time, we will set up a watchdog committee to check the process by which the applications will be accepted or rejected, and pursue the possibility of a revision to the decree." President Sans, in quick succession, described AVEN's policies for responding to the situation.

According to the Morin Law and its decree, applicants can receive compensation money when they submit to the "compensation committee" their medical records on their diseases and documents proving that they were in certain areas at the time of the French nuclear tests, and correlation between radiation exposure and their diseases can be presumed to exist.

However, there is a proviso stating that when the conclusion is drawn that risks caused by the nuclear tests can be discounted, the law may not apply. Organizations for the nuclear-affected sufferers have become increasingly wary of this provision, which excludes some applicants from the compensation and results in a law that has "no teeth." If an applicant's dose of radiation exposure is considered low, that person's application can be easily dismissed.

In addition, the compensation committee, which conducts the screening of application forms, is comprised mostly of those recommended by the Defense Ministry and the Health and Sports Ministry, with no representatives of organizations for the nuclear-affected sufferers. It is highly likely that the intention of the government side will be wholly reflected by the committee.

The victims' dissatisfaction is also growing over the fact that malignant lymphoma, multiple myeloma, and cardiovascular diseases, among other diseases, which often afflict the nuclear-affected sufferers, are not included in the diseases covered by the law.

Moreover, the designated radiation-exposed areas are limited and many local people who were working for nuclear-related facilities cannot prove that they were in the areas at the time of the nuclear tests.

Mr. Morin proclaimed in enacting the Morin Law that the law would cover 150,000 soldiers and civilians who had took part in the nuclear tests. However, it seems, in reality, that a very limited number of people can manage to file applications and receive compensation. According to AVEN, only about 850 applications seem likely at this moment.

"Local residents and the environment have been given short shrift," President Sans declared. It appears the struggle over compensation due to French nuclear testing will persist into the future.

Areas covered by the Morin Law
According to Bruno Barrillot, who assesses the damage of the nuclear testing on local on behalf of the French Polynesian government, the Morin Law covers areas in the Sahara Desert where France's Defense Ministry observed nuclear fallout, mainly the nuclear test sites in Reggane and In Ekker.

In French Polynesia, the covered areas include the Gambier Islands, Tureia Atoll, Reao Atoll, Pukaru Atoll, three areas where such entities as a center to eliminate radioactive contamination in Hao Atoll were located, and a part of Tahiti.

However, Moruroa e tatou, an organization of nuclear-affected sufferers, argues that it is clear the whole of French Polynesia was contaminated, citing the report by France's Ministry of Defense that radioactive fallout was produced by all 203 nuclear tests conducted from 1966 to 1974.

Outline of the Morin Law
When a correlation between the nuclear tests conducted by France and the diseases of those who were exposed to the radiation released by the test blasts can be presumed, compensation will be provided in a lump sum. Cases, however, where the risk can be discounted will not be eligible for compensation.

Applicants must submit proof that they were in a covered area at a time described in the French government decree.

The compensation committee, charged with approving and rejecting applications for compensation, is comprised of a chair and seven others. These seven are designated by the Defense Ministry and the Health and Sports Ministry.

An advisory panel to track the effects of French nuclear tests is convened twice a year. The panel members are comprised of those from relevant Ministries, lawmakers, representatives of Polynesian governments, and those from organizations of people who suffer health problems as a result of the nuclear tests. Currently, 18 diseases have been designated for compensation by the French government.

Note: When compared with a list of 20 diseases issued by the United Nations Scientific Committee on the Effects of Atomic Radiation (UNSCEAR), malignant lymphoma and multiple myeloma are excluded from the diseases designated by the French government.

Shiori Kodama was born in the city of Miyoshi, Hiroshima Prefecture, in 1959. After graduating from Kobe City University of Foreign Studies and the Faculty of Letters at Kobe University, she moved to France and finished her master's degree in French literature at the University of the New Sorbonne. She worked as an editor of a Japanese-language newspaper and began to contribute articles to Japanese newspapers and magazines. She also translates illustrated books. Ms. Kodama lives in the suburbs of Paris.