Listen to the voices of the voiceless in Fukushima 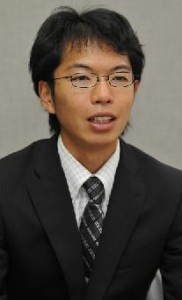 While lofty language, like “restarting the nuclear reactors” and “energy and environmental strategy,” is used in loud debates, the voices from Fukushima, which suffered firsthand exposure to the crippled power station’s release of radiation, are not being heard. The Chugoku Shimbun interviewed Rebun Kayo, a graduate student at Hiroshima University, who spent four months, until this past September, visiting various places in the prefecture on his own.

Where did you stay while you were there?
Since the costs came out of my savings, except for the times I visited the towns of Namie and Kawamata, near the nuclear power plant, by rental car, I slept outdoors in parks or in front of a train station in the city of Fukushima. Sometimes I went to a public bath to freshen up.

The subject isn’t connected to your studies in school, so what made you so eager to go there?
I had two things in mind. One was collecting soil and other samples swiftly in order to prove that there is low-dose radiation exposure. In Hiroshima’s case, the powerful Makurazaki Typhoon hit the city about a month after the atomic bombing. While the rain washed away the radioactive materials, making the living environment better for the survivors, precious samples of that radioactivity were lost. We shouldn’t forget this unfortunate lesson.

Who did you collect the samples for?
The damage to human health as a result of low-dose radiation exposure will not become clear until two or three decades in the future. If people are suffering at that point, material evidence will be needed for a lawsuit, even if that evidence is minimal.

Are you concerned about the children in that area?
In the future there’s the possibility that they will think, “Why wasn’t I evacuated to a safer place?” They may blame their parents or feel bitter toward society. I feel compelled to do something about it. I can make use of the know-how I’ve gained on scientific collecting and recording while sending pieces of roof tiles exposed to the atomic bombing in Hiroshima to countries overseas.

You initiated that activity on your own as well.
Yes. When I came to Hiroshima and learned that pieces of A-bombed roof tiles and bones are still on the river beds, I just couldn’t sit still. Why did those innocent people have to become the victims of genocide? Imagining the bitterness of those who are gone, who have no voice to reproach the United States, I wanted people to at least feel some sympathy toward those victims. This is why I started sending pieces of roof tiles, which could serve as a bridge between the victims and other people.

Voices of the voiceless. I felt that the people I met in Fukushima were also keeping their anger to themselves.
This is the other reason I went to Fukushima. I was wondering why they didn’t evacuate despite the constant danger of being exposed to radiation. I especially wanted to hear the feelings of families with young children because young children are said to be particularly vulnerable to the effects of radiation.

It isn’t easy moving to a new place or finding a new job. Especially when you have a family to support, it’s natural to think twice before making such a move.
Exactly. People are expected to move or change jobs at their own risk. Those who live outside the designated evacuation area are forced to make a painful decision. It’s really hard because they have no idea if the evacuation is just temporary or not, and they don’t know when, or if, normal conditions will be restored. Some people told me that they wish the central government had forced them to evacuate.

The radiation levels observed in the environment at fixed points that have been made public are lower than the benchmark for a dose of radiation exposure, set at one millisievert per year.
Many of the fixed points have undergone decontamination work, so the values are low. I borrowed a portable measuring device from Fukushima University and carried it with me. When I moved a short distance from a fixed point, the reading went up sharply. A lot of the local people know the tricks being played with this data. In the center of the city of Fukushima, one point on a road that children follow when walking to elementary school showed a level that was higher than 20 microsieverts per hour at a point 30 centimeters above the ground.

That would certainly upset families with young children.
More than 90 percent of the roughly 30 families that I interviewed responded that they check food labels to see where the food is coming from. And if the food is from Fukushima Prefecture, only the adults will eat it or they don’t buy it in the first place. They feed their children food from other prefectures.

They’re trying to avoid food which might cause internal exposure to radiation.
Some grandparents grow vegetables in their gardens for their grandchildren. But the parents don’t want their children to eat them. The grandparents and parents end up quarreling over this. Some students at Fukushima University said they got into an argument with their grandparents over why they allowed a nuclear power plant to be built there.

They don’t have a way to let their frustrations out.
One young mother said that she told her daughter, who’s still in elementary school, to find someone from the same area to love. If she has a relationship with a boy from a different area, prejudice might lead to a break up. People from Hiroshima no doubt understand how she feels. Messages from other parts of Japan, like “You’re not alone” and “We’re with you” are still seen in Fukushima. But the reality is that the debris from the earthquake is not being accepted by other municipalities, and little progress is being made in terms of breaking away from the use of nuclear power. It’s a tangle of contradictions. I’m worried about the pent-up frustration felt by the local people.

Rebun Kayo
Rebun Kayo was born in Okinawa Prefecture. While working for a car manufacturer, he studied as an undergraduate in the Faculty of Law at Hiroshima University, graduating from its evening course in 2010. He then pursued a master’s degree at the same institution, focusing on “the human rights of the dead.” During this time, he retrieved pieces of roof tiles that had been charred in the atomic bombing from river beds in Hiroshima and sent them to universities overseas. This month he began studying to obtain his doctorate. He currently works for a maritime law firm in Kure, Hiroshima Prefecture, which is managed by the story writer of the cartoon “Kabachitare!” Mr. Kayo is now a resident of Nishi Ward, Hiroshima.