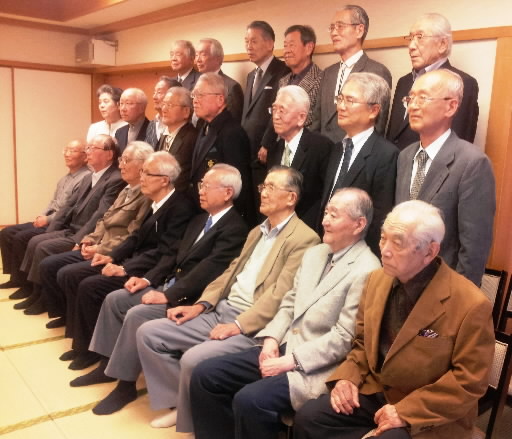 Warnings must be heard

“Soon there will be a huge experiment, an experiment to annihilate an entire city. When the time comes, be sure to watch what happens as a student of science.”

Sumio Yamanoue, 84, who was a journalist for the Mainichi Shimbun newspaper, clearly remembers the words his teacher spoke nearly 70 years ago. He was in the inaugural class of a new science course at the middle school attached to Hiroshima Higher Normal School (now a part of Hiroshima University) and his teacher was the late Yoshitaka Mimura, a professor at that era’s Hiroshima University of Literature and Science. Mr. Yamanoue recalled, “I never imagined that I would experience that ‘huge experiment’ at my own school, located in Higashisenda-machi, 1.5 kilometers from the hypocenter.”

Was Professor Mimura predicting an atomic bombing in Japan or in another country? There is no way of knowing, but as a leading expert in theoretical physics, he may well have been aware of the possibility.

Such science courses were established toward the end of World War II, proposed by the Imperial Diet to create educational institutions for gifted students who would “make new inventions to vanquish the United States.” The higher normal schools in Hiroshima, Tokyo, and Kanazawa, among others, accepted the role of developing science courses. Professor Mimura, young Hideki Yukawa, and other eminent scientists took part, but the science courses were closed about two years later, after Japan lost the war.

Because the courses were created in haste, they held a tenuous position within the schools where they were located. With other students being mobilized to work for the war effort, the science students, who were permitted to focus on their studies, were eyed coldly. After the war, these students were given no guarantee of promotion to upper schools. And they had to endure the prejudice of those who felt that they had received preferential treatment, as “gifted students,” by the national government.

In late October, 17 former students of the science courses at the middle schools attached to the higher normal schools in Hiroshima and Kanazawa gathered at a hotel in Tokyo. From Hiroshima, the first-generation to the final fifth-generation students took part. Among them, Kazuo Osumi, 81, a fourth-generation student and emeritus professor at Tokyo Women’s Christian University, said, “In those days, activities that could be deemed ‘education’ were probably impossible if not pursued in the form of that sort of special education.”

After the atomic bombing, classes resumed for the first-generation students in Mukaishima (part of today’s Onomichi City), where the marine laboratory of the Hiroshima University of Science and Literature was located. It is interesting to note that the students reportedly studied hard there despite the serious shortage of food at that time. The educators must have made desperate efforts to keep the dying light of academics alive. Without such enthusiasm, they would not have resumed these classes, since “new inventions” to win the war were no longer needed.

After the war, Professor Mimura became well known for a tearful address he made in 1952. At the general assembly of the Science Council of Japan, he took a firm stand against the proposal made to the national government to establish a committee to study the peaceful use of nuclear energy. He said, “Japan must never investigate nuclear energy until the tension thaws between the United States and the Soviet Union.”

The Science Council was founded after sober reflection on the fact that scientists had cooperated in the war effort. Thus, the majority of members supported the position of Professor Mimura, who was an A-bomb survivor himself. His speech paved the way for the three principles of nuclear energy research--“disclosure, democracy, and independence”--to be adopted.

The late Shoichi Sakata, who chaired three nuclear-related committees of the Science Council, stated, “If the logic of politics suppresses the logic of science, the nation is misled by the resulting policies and the wrong path is taken for many years to come.” (From Genshiryoku o Meguru Kagakusha no Shakai Sekinin [Social Responsibility of Scientists Concerning Nuclear Energy], a posthumously published book of Professor Sakata’s manuscripts.) He, too, was a physicist who was deeply moved by Professor Mimura’s stance.

Not all the students of the science courses went on to become scientists. Some changed their focus of study to the humanities. One became a religious leader after a long battle against A-bomb diseases. Another became a scholar and died far away in Germany after calling for nuclear abolition throughout his life.

They may have chosen different directions, but the science courses taught them a certain way of observing the world. Mr. Yamanoue told me that the foundation fostered in him by this experience lent support to his work as a newspaper reporter on religious topics for the many years that followed. There was a liberal spirit among the former students of the science courses as they listened to one another attentively, regardless of traditional status determined by age.

The nuclear accident in Fukushima, along with the fact that Japan has no means of disposing of its nuclear waste, illustrate that the nation’s nuclear energy policy, that of promoting “peaceful use” over military use, has failed. What should be expected of science and scientists in today’s Japan? The warnings of scientists must be heard.