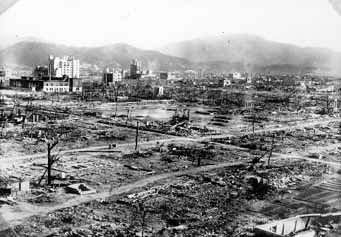 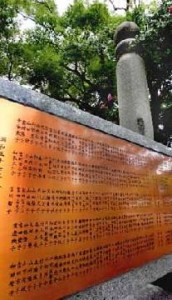 Survivors strive to hand down memories

Kazuko Shishido, 76, who entered Class 6 in her first year at First Hiroshima Prefectural Girls’ High School in the spring of 1945, is pained by a memory. Toward the end of that year she attended a memorial service at a temple in the city for the students of her school who died in the atomic bombing. There she met the mother of one of her classmates. The woman began crying and said to her, as if making an accusation, “You’re still alive.”

Ms. Shishido saw the bomb’s flash from a temporary classroom set up at Kawauchi Elementary School. She and other students from the northern part of the city had been attending school at this site since July 23. Her parents’ home had been located downtown, but when she moved to the suburbs where her grandmother had evacuated, she began going to this temporary classroom in Kawauchi.

“We felt guilty for having survived,” said Ms. Shishido, “so my schoolmates and I never got together after graduation.” It took many years for the students who had suffered emotional scars due to the atomic bombing to be able to speak with one another. Finally, in the summer of 2007, Ms. Shishido and an old classmate compiled a book in memory of those who were lost. The book is entitled “The Atomic Bombing on August 6; A Prayer for Peace.”

Ms. Shishido and the classmate, who now lives in Tokyo, worked intently on the book at her home located near Peace Memorial Park in Hiroshima. They were driven to complete the book because of the feeling that “We were able to live long lives and if we die without handing down our memories, it would be an affront to those who were killed.”

They sent out an inquiry to the other surviving students to collect their experiences of August 6. Thirty-eight responded, with 22 contributing essays of “feelings that had been buried deep in their hearts.” Those who hesitated to write essays donated money to support the project. Besides the former students’ memories, essays written by the bereaved families as well as school documents were also included in the 181-page book. Copies of the book were handed out to the people in attendance at last year’s memorial service for Prefectural Girls’ High School. They were also sent to the bereaved families who could be contacted as well as all the elementary, junior high, and high schools in the city and the high schools and libraries in the prefecture. Books will be distributed at this year’s memorial service, too.

Another former student who survived that day is Mitsuko Ohno, 76, a writer of children’s literature who has written about the lives and deaths of the first-year students at First Hiroshima Prefectural Girls’ High School. Ms. Ohno was among the second-year students who had been dispatched to the Army Clothing Depot branch factory located in Kawauchi.

Her works include “Hii-chan Passed Away” (1977) and “Girls in Summer Uniforms” (1989), books that are based on interviews with parents, diaries, and other materials. These works have also been adapted into plays, with a recent performance this past July in Yamanashi Prefecture.

The killing of these girls, who had been so full of life and so profoundly loved by their families, is just unconscionable,” said Ms. Ohno. “Human beings are such warm creatures, yet creating a world full of nuclear weapons is so cruel. We must never forget the feelings of these girls and their families.”

During the interview at her home, Ms. Ohno poured out her thoughts on the subject. She may have been motivated by some frustration over the fact that a recent trend views the atomic bombings as “events of the past.”

Ms. Shishido, explaining her passion for the memorial book project, said, “My hope is that the book will help the next generation understand, even if just a tiny bit, the suffering inflicted on people by the atomic bomb so these memories can be handed down.”

The two former students interviewed for this article, as well as others with links to the lost students, provided generous cooperation in gathering related materials. By sharing the facts and memories of Hiroshima’s history as widely as possible, they seek to pass on this foundation of truth for the future.