Nuclear weapons can be eliminated: Diplomacy, security and the new Japanese government, Part 1 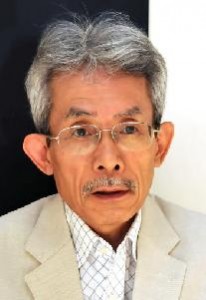 The Democratic Party of Japan (DPJ) is set to inaugurate a new government on September 16. The DPJ made a campaign promise in its manifesto vowing to lead the nuclear abolition movement. With the rise of the DPJ, how will Japan’s diplomacy and security policies change? What path toward the elimination of nuclear weapons should be pursued by the new government? The Chugoku Shimbun begins a series of interviews with experts and politicians on the new administration’s vision and challenges. We first spoke with Professor Mitsuru Kurosawa, the chairperson of the Japan Association of Disarmament Studies.

Do you think Japan's diplomatic policies will change with the advent of the new government?
The current policy of relying on the U.S. nuclear umbrella should be changed. It may be difficult for the nation to free itself of the nuclear umbrella right away, but it is vital that U.S. allies put forth proposals so that the role of nuclear weapons in the U.S. security strategy can be reduced.

What sort of proposals?
One proposal should be a policy of “no first use” of nuclear weapons. Although U.S President Barack Obama did not directly mention this in his speech in Prague last April, he did refer to reducing the role of nuclear arms. As long as Japan continues to rely on nuclear deterrence, it will thwart the Obama administration’s efforts toward realizing a world without nuclear weapons.

Cooperation with Germany and Italy, which are also under the U.S. nuclear umbrella, is important. Countries which have been dependent on nuclear deterrence should stand united in expressing their determination to advance the cause of disarmament. Japan, as the only A-bombed nation, should be playing a central role in this effort.

How should the issues of North Korea and security in Asia be addressed?
Instead of focusing only on enhancing the Japan-U.S. alliance, a diplomatic strategy for Asia should be emphasized. Japan has considered China a threat. If one nation is hostile toward another, that other nation will try to conceal its military might. The U.S., on the other hand, is hoping to build a partnership with China. Arms reduction should come only after confidence-building through cooperation.

What do you expect from the discussions involving the formation of a coalition government with the Social Democratic Party and the People's New Party?
Each party holds a different stance on issues such as U.S. forces in Japan. But engaging in lengthy discussions is not a good idea. Summits with the heads of state of other nations will soon be held. Japan should reveal its policies promptly, while the world is closely watching what attitudes will be taken by the only country to have experienced nuclear attack.

Mitsuru Kurosawa
Professor Kurosawa was born in Osaka in 1945 and is a graduate of Osaka University. A specialist in international disarmament law, he has been a professor at the Osaka School of International Public Policy of Osaka University. Professor Kurosawa is now a professor at Osaka Jogakuin College and chairperson of the Japan Association of Disarmament Studies, which was established in April 2009.