Nuclear weapons can be eliminated: Diplomacy, security and the new Japanese government, Part 5 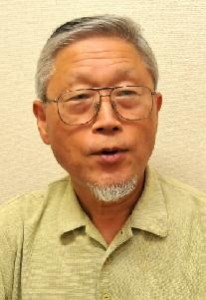 In Part 5 of this series of interviews with experts and politicians on the incoming Japanese administration, the Chugoku Shimbun speaks with Hiromichi Umebayashi, special adviser to Peace Depot.

The Democratic Party of Japan has stated that they will "lead the world toward the abolition of nuclear weapons." What are your expectations for the new government?
The Nuclear Non-proliferation Treaty (NPT) is an irreplaceable international treaty. However, we should not be overly dependent on it because the treaty does not address the issue of how nuclear weapons subvert the security of our world. The only country that can make this case from a humanitarian point of view is Japan, the nation which knows the horror of the atomic bombings. I would like to see the new government fully make this case.

It is important to make clear where the Japanese government stands. The successive governments of the past have simply followed policies fashioned by bureaucrats and showed little assertiveness on the political side. Simply repeating the same phrase isn’t persuasive: "As we are the only A-bombed nation, we are striving for the abolition of nuclear weapons." In Japan, the sentiment toward the atomic bombings is marked by an attitude of reconciliation, not accusation. I would like to see this sentiment nurtured by the new government, too. Before formulating specific measures to promote the reduction and abolition of nuclear arms, the administration must solidify its own stance toward these weapons.

What matters are most pressing?
The National Defense Program Outline is set to be reviewed this year. Furthermore, 2010 will mark the 50-year milestone of the revision of the Japan-U.S. Security Treaty. The United States is showing a willingness to negotiate. The most pressing matter now is engaging in dialogue with the United States, at Japan's initiative, particularly with regard to nuclear deterrence.

Though a party's manifesto sets goals intended to be achieved within four years, when it comes to diplomacy and security, some tasks are more urgent while others can be pursued over the mid-term or long-term. I hope to see the DPJ and the new government solidify their basic stance on these issues.

There is persistent support for nuclear deterrence. How do you think the new government should deal with this issue?
Some people argue that since U.S. conventional weapons have sufficient offensive power, Japan does not need to rely on nuclear deterrence. I doubt if this is true, though, because there is a limit to the kind of security that is based on the idea of matching power with power.

In diplomacy, the important thing for regions experiencing tension is the task of building a framework for security without nuclear weapons. The creation of nuclear-free zones is one such effort. The pursuit of disarmament, including conventional weapons, is needed.

Reassessing U.S. military bases in Japan was a focal point of the discussions involving the formation of a coalition government with the Democratic Party of Japan, the Social Democratic Party and the People’s Party. What is your view on this?
These discussions tended to focus on the balance of power. For example, if U.S. involvement should decrease, the role of the Self Defense Forces would expand to compensate for the loss. Instead, we ought to be discussing how to avoid expanding the role of military power any further with regard to national security.

With the support of statutory regulations and international agreements, we need to become less dependent on military power, set out a vision for the process of regional disarmament and seek its realization. The realignment of U.S. bases in Japan should be discussed in this context.

Hiromichi Umebayashi
Mr. Umebayashi, 72, founded Peace Depot, an NPO, in 1997 after working as an associate professor at Tokyo Metropolitan Engineering Junior College (now Tokyo Metropolitan Institute of Technology). He also serves as the East Asian Coordinator of the Parliamentarians for Nuclear Non-proliferation and Disarmament (PNND).