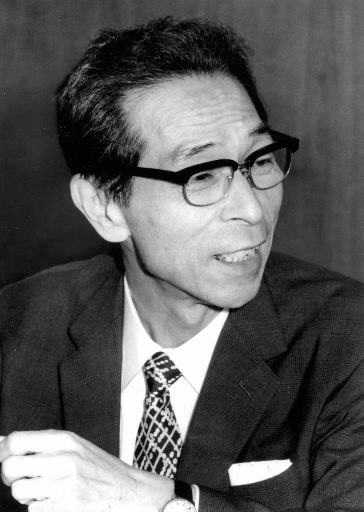 
Learning perseverance from a mentor

Ten years after joining the Chugoku Shimbun, Takashi Hiraoka was assigned to work in the Arts and Cultural Department in 1961. Under Toshihiro Kanai, then head of the department, Mr. Hiraoka gained wider perspective on the issues of the atomic bombing.

"Have the atomic bombs come to be known for their power, or for their human tragedy?" This question, posed by Mr. Kanai, had a strong impact on me. He taught me that journalists in Hiroshima had lived through the post-war era alongside A-bomb survivors, who experienced great suffering. So we would naturally see A-bomb-related issues from a human perspective. I still believe what he taught me is right.

After the days of the occupation ended, the atomic bombings began to be covered in the media, though not sufficiently. We thought the reality of the atomic bombings should be shown to the world and that this would eventually lead to a ban on nuclear weapons and an end to nuclear warfare. This idea led to the proposal for a white paper on A-bomb and H-bomb sufferers, based on that question posed by Mr. Kanai.

In 1964, after ideological differences in the campaign against atomic and hydrogen bombs resulted in different factions, Mr. Kanai, who had become an editorial writer, advocated that a white paper be compiled at a conference involving A-bomb and H-bomb sufferers. His proposal was supported by the Science Council of Japan and the Japanese government conducted the first nationwide survey of survivors in 1965.

Mr. Kanai suggested that the national government take responsibility for compiling the white paper, but he didn't rely entirely on the government. He took it upon himself to collect information for the white paper, too. He set up the Hiroshima Society for the Research of Atomic Bomb Sufferers near Hiroshima Peace Memorial Park [in 1968], and got students involved in the movement. He had an indomitable spirit.

When Mr. Kanai was the head of the Arts and Cultural Department, he devoted many hours to translating the collection of notes that Earle Reynolds had made during his around-the-world voyage from Hiroshima on his boat, The Phoenix. During his five-year voyage, Dr. Reynolds called for a ban on nuclear tests. [The story appeared in the Chugoku Shimbun as a serial in 134 installments starting on October 10, 1961.] Mr. Kanai didn't care what others thought of him and nobody complained about what he did because of his forceful personality.

When Robert Lifton was in Japan, Mr. Kanai said to me, "Go and ask him for an interview every day until he agrees." His advice taught me determination, and I was finally able to interview Dr. Lifton just before he left Japan and write the article. [Dr. Robert Lifton was an American psychiatrist. He stayed in Hiroshima in 1962 and wrote Death in Life: Survivors of Hiroshima. The article based on Mr. Hiraoka's interview appeared in the Chugoku Shimbun on September 16, 1962.]

Newspaper reporters are transferred from one department to another every two to three years. It's unavoidable when you work for a company. But even after being transferred to a different section, you can still pursue A-bomb-related issues on your own. That sort of initiative is vital.

I took part in compiling a comprehensive record of information about the A-bomb damage, but not because I was told to do so. [Three volumes were published between 1969 and 1972.] Later, when I was the head of the sales department, Mr. Kanai called me from his hospital room and said, "You have to cover the issue of refugees." [Mr. Kanai died in 1974 at the age of 60 when he was the chief editorial writer.] I admit that I'm no match for him when it comes to persistence.