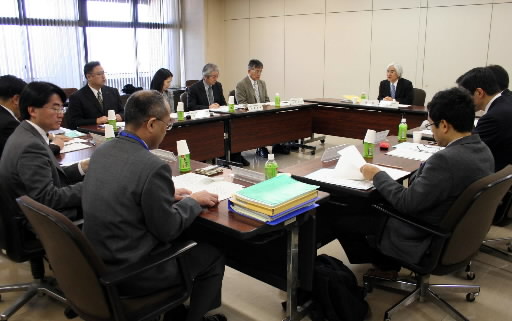 Survey conducted on effect of black rain on mental health

The atomic bombing of Hiroshima brought psychological distress to those who were exposed to the black rain outside the blast zone as well as the A-bomb survivors themselves. At the end of this past March, the City of Hiroshima completed a large, two-year survey on the damage done by the atomic bomb. Based on its conclusions, the city plans to urge the central government to expand the Class 1 Health Examination Special Designated Area (Heavy Rain Area).

Kenji Kamiya, 59, director of Hiroshima University's Research Institute for Radiation Biology and Medicine, who served as chair of the study group which investigated the A-bomb damage (called the Hiroshima City Investigative Research Study Group on the Actual Situation of the Atomic Bomb Damage), pointed out, "The nuclear meltdown at Chernobyl caused many living near the site to suffer from depression and alcohol addiction, which destroyed their lives." Concern over one's exposure to invisible radiation has a psychological effect, and this distress can harm a person's health and life.

Previously, in 2002, the City of Hiroshima sent questionnaires to 10,000 households touched by the bombing. From the questionnaires, the city concluded that those who were exposed to the black rain are still suffering mentally and physically, and requested that the central government expand the designated area based on the results. The government, however, rejected the request, responding that the survey method was unsatisfactory.

This time, the city increased the number of households it sent questionnaires to, to 37,000, and clinical psychologists interviewed some of the survey subjects individually. The city also adopted a specialized method to quantify post-traumatic stress disorder, depression, and anxiety through these questionnaires and interviews. Masahiro Urushihara, director of the Atomic Bomb Survivors Relief Department of the City of Hiroshima, said confidently, "This is a very scientific survey."

With regard to the expansion of the designated area by the government, there is a precedent to be found in Nagasaki. The government established a Class 2 Health Examination Special Designated Area there, citing the traumatic effect of the bombing. Those who were in the area within a radius of 12 kilometers of the hypocenter are entitled to support measures provided by the government. But Nobuto Hirano, 63, former chair of the National Association of Second-generation A-bomb Survivors, said, "In Nagasaki, the case is not considered a total success."

In the Class 2 case, the government covers the costs of medical care only for mental illnesses and the physical symptoms that accompany them. Furthermore, the mental care certificate, which is provided when a mental disorder is recognized, states clearly that the disorder must not stem from the effect of radiation. Therefore, the costs of medical care involving cancer or other diseases are not covered by the government. Even those who are entitled to the support are deeply dissatisfied with the measure. "I hope Hiroshima will not end up with the same sort of defective measure as the one for Nagasaki," said Mr. Hirano.

Meanwhile, the City of Hiroshima, citing wider areas of black rain among its grounds for the request, plans to call on the government as early as this month to expand the Class 1 designated area. To what extent the government will recognize the effect of the radiation found in the black rain on the human body, a mechanism that is still poorly understood, becomes the focal point.

Itsuzo Shigematsu, 92, a Tokyo resident and an honorary advisor to the Radiation Effects Research Foundation (RERF), explained the limits of medicine, saying, "It's impossible to judge whether a certain cancer is caused by radiation or smoking." He went on, "That's why the judiciary branch has taken the position of giving the A-bomb survivors the benefit of the doubt and provided its support in lawsuits seeking recognition over the effects of radiation. Shouldn't the administrative branch give the survivors the same benefit of the doubt and support, apart from its scientific judgment?"

The A-bombed nation is being pressed to decide.