Atomic Bomb Literature in the 21st Century, Part 2: Works, Past to Present [1] 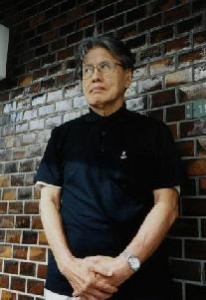 Shishiro Fukakusa and “The Threepenny Opera of Hiroshima”: A-bomb survivors keeping silent, feeling discomfort at being singled out
by Katsumi Umehara, Staff Writer

In 1963, when Kenzaburo Oe’s essay that would be later put into book form and entitled “Hiroshima Noto” (“Hiroshima Notes”) began to appear as a serial in a magazine called “Sekai” (“The World”), Shishiro Fukakusa (born Yoshitaka Matsuzaka) wanted to convey to Mr. Oe the feelings hidden away in the minds of the A-bomb survivors, feelings concealed from those who looked at Hiroshima only from the outside.

The letter from Dr. Fukakusa to Mr. Oe was cited in the prologue to “Hiroshima Noto” when the book was published in 1965. Mr. Oe responded as follows: “This letter came in response to my essay about people who have the right to remain silent about Hiroshima. Although encouraged by the letter, I noted that its harsh criticism was reserved for passages written by me, an outsider to Hiroshima.”

Dr. Fukakusa, however, does not fully identify with the essay written by Mr. Oe. For instance, Mr. Oe includes such descriptions of A-bomb survivors as “They have grim-looking eyes that hide a profound gloom” and “The anxiety deep inside them is unchanging.” The essay also touches on one A-bomb survivor, a girl in her late teens who married and had a baby. Mr. Oe wrote: “I think such courage in the face of desperate anxiety may be called truly human; it shows both human weakness and human strength.”

Above all, Dr. Fukakusa strongly disagrees with Mr. Oe’s rendition of an episode in which he, a medical student at the time, was depicted as “an A-bomb survivor with great dignity” for engaging in relief activities with his father, a doctor, while carrying his father on his back because he was unable to walk. “It’s true that I carried my father,” Dr. Fukakusa said. “But I didn’t behave with ‘great dignity’ all the time. In fact, I also tried to flee, I was so frightened by the situation.”

In the Fukakusa family, too, there was the all-too-common domestic discord that Tamiki Hara wrote about in his book “Kaimetsu no Jokyoku” (“Prelude to Annihilation”). Dr. Fukakusa said, “Despite that ‘great dignity’ on his part, my feud with my father did not disappear. My feelings of hostility toward him were present at the moment I carried him on my back and continued into our lives after the war, which we managed to survive.”

Dr. Fukakusa felt dissatisfied with the fact that, in many works of Atomic Bomb Literature, descriptions colored with “great dignity” and “grudges” had obscured the universal and psychological conflicts between human beings, which existed independently of A-bomb experiences.

Faced with this reality, Dr. Fukakusa proposed a simple response, such as the following: “For instance, I would like to see a story in which the members of a family who were exposed to the atomic bombing, and suffered a series of terrible experiences, can still regain their vitality and be reborn as human beings.” (Source: “Zakki Nisho,” or “The Second Chapter of Miscellany,” carried in the 14th issue of the coterie magazine “Haguruma,” or “Cogwheels,” in 1961)

“Hiroshima Sanmon Opera” (“The Threepenny Opera of Hiroshima”) is the only novel Dr. Fukakusa wrote. After the coterie magazine “Haguruma” was established in 1955, he published essays on the poets Chuya Nakahara and Mokutaro Kinoshita, among other pieces. In this novel, a man bearing the Atomic Bomb Survivor’s Certificate asks a doctor to perform an operation to remove a pencil holder left inside his girlfriend’s vagina and another doctor proposes surgery to implant a penis in a lonely, old A-bomb survivor. The book is filled with episodes that, from the perspective of propriety, may offend some readers, a technique known as the alienation effect, which Dr. Fukakusa learned from the German playwright Bertolt Brecht.

Eight years have passed since the magazine “Haguruma” suspended publication. A thought passes through the mind of Dr. Fukakusa today, who has literally become a “silent A-bomb survivor”: “I hate to die as an A-bomb survivor. Isn’t there some kind of clever loophole for me to die as an ordinary, crotchety old man?”

[Memo]
“Hiroshima Sanmon Opera” (“The Threepenny Opera of Hiroshima”) appeared in serial form in the morning edition of the Chugoku Shimbun from December 13, 1973, to January 12, 1974. In April 1974, he compiled the installments into book form and self-published the work. In this story, an epidemic breaks out that causes male genitalia to disappear. As the disease rages only in Hiroshima, “grudges” in Hiroshima’s soil, which has already released residual radiation, are judged to be the cause of the epidemic. The novel dryly features a doctor and a young man, affixed with no proper names, who play at innocence.

Shishiro Fukakusa was born in the city of Hiroshima in 1924 and experienced the atomic bombing in the Noboricho area, 1.5 kilometers from the hypocenter. He mentioned the atomic bomb and Atomic Bomb Literature in several of his works, including a piece entitled “Shiranu Ma ni Aki” (“Autumn Came Before I Knew It”), carried in the 21st issue of the magazine “Haguruma” (“Cogwheels”) in 1971, and another piece with a title meaning “Autumn is offended and an ogre sings,” included in the ninth issue of the magazine in 1959. Dr. Fukakusa also appears in Robert Lifton’s essay entitled “Death in Life,” in which he is interviewed by Dr. Lifton as a “doctor and writer.” Dr. Fukakusa currently lives in Hiroshima.