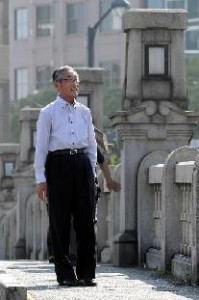 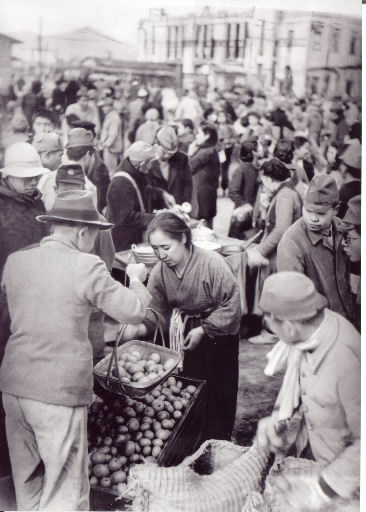 In the summer of 2011, Japanese society has become gripped by radiation fears as a result of the nuclear disaster at the Fukushima No. 1 (Daiichi) nuclear power plant, a crisis triggered by the Great Eastern Japan Earthquake. The role of the A-bombed city of Hiroshima is now being examined anew. The city's role originates in the memories of its past, a tragedy wrought by the first nuclear attack in human history. Those who have overcome this unimaginable past have a host of messages to share that carry the weight of experience. The preciousness of life beats in their words. The A-bomb survivors are now growing older, and there is little time left to pass on their memories to the following generations. In this series, marking the summer of the 66th anniversary of the atomic bombing, the Chugoku Shimbun will look at efforts to hand down such memories, including a man wishing to share his life story with young people; others who have continued to relate their A-bomb experiences, despite battling illness; and objects that convey the vigor of the city before the bombing and the horror of that instant when the city fell into ruin.


Orphans gather at bustling black market
“Here, in front of Hiroshima station, is where it all began.” Hidemi Kato, 74, a former Hiroshima City official and a resident of Asaminami Ward, lost his parents, his younger sister, and his younger brother in the atomic bombing when he was just nine. He was speaking on Enko Bridge near Hiroshima train station, where memories of those days still linger.

Mr. Kato was able to survive the post-war period by bonding with other war orphans in front of the station, where the black market thrived on the street and shacks were raised. Later in life, as a senior official at Hiroshima City Hall, he oversaw the redevelopment of the same area. Mr. Kato is now eager to share his life story, which dovetails with the path followed by the A-bombed city.

Before the war, Mr. Kato, who was living in the city of Kure in Hiroshima Prefecture, was evacuated to his mother's parents' home in the town of Kabe, located to the north of Hiroshima City. On August 6, 1945, he saw the mushroom cloud rising into the sky from the school yard of Kabe Elementary School.

At the time of the bombing, his father, an engineer at a navy factory in Kure, was in Hiroshima on business. He was visiting Hiroshima Prefectural Hiroshima Technical High School, located in the heart of the city. His mother, younger sister, and younger brother, were in Hiroshima, too, apparently at a relative’s house.

When Mr. Kato, with his relatives, entered the city to search for his family several days later, he found that Hiroshima had been burned to the ground. They were unable to find even a trace of their whereabouts.

“I have nowhere to return,” he thought.

He began to lead a transient life, moving from one relative's house to another. His relatives were kind to him, but he always felt timid and hesitant. He could not bring himself to hold out his rice bowl for a second helping. He came to hate his days spent guessing the feelings of adults from their expressions. After repeatedly running away from the homes of relatives, he eventually settled in front of Hiroshima station.

Shacks and black market stalls stood side by side in front of the station, and veterans of the war, back from the battlefields, came and went. Goods were in very short supply and crowds of people flocked to sellers who laid out their goods on straw mats. The clamor drew wandering orphans looking for food to endure another day.

Mr. Kato felt hunger every day. Whenever he saw a soldier of the Allied Occupation forces, he would beg for sugar. His comrades who came from the northern part of Hiroshima Prefecture were able to bring back azuki beans and glutinous rice. Then together they made a fire on the street, cooked rice balls coated with sweetened red beans, and sold them to passersby. He couldn't afford shoe polish to give shoeshines, so he furtively polished shoes with his own spit. When he obtained some money, he would buy rice porridge at a street stall and share it with the other children.

In cold weather, he slept on a straw mat under the eaves of the train station, cuddling with his comrades for warmth. Though relatives came and brought him back to their home, he returned to the area in the front of the station. “I was hungry every day, but I was free,” Mr. Kato said. “I gained the strength to survive.”

Kuniyuki Akinobu, 89, who has run a barber shop near Hiroshima station since before the war, vividly recalls those post-war days: “All sorts of people came and went. A shack even appeared overnight in front of my shop. There were a lot of accidents and fires, but the area was full of life. It was an atmosphere that gave you the feeling that this was just the beginning.”

However, as the chaos of that post-war time subsided, the orphans found it difficult to remain in front of the station. “Some of them were taken in by Ninoshima Gakuen, a children's shelter in Minami Ward,” Mr. Kato said. “Others fell in with a gang that had a heavy presence in the area.”

Mr. Kato, too, soon left the area in front of the station and began to commute to junior high school from a relative's house. He had begun to think about his future and finding work. By then, four years had passed since the atomic bombing.