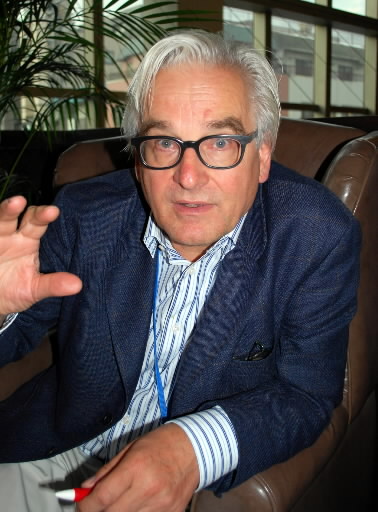 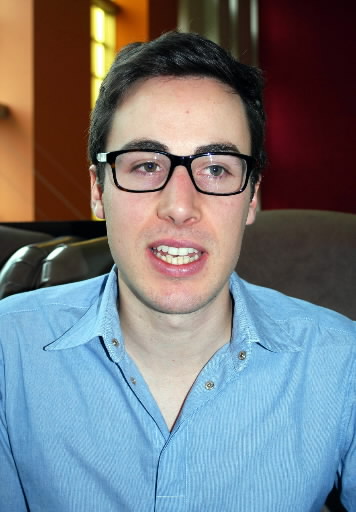 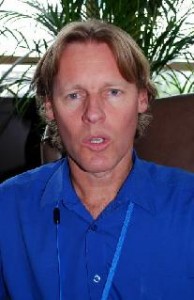 The March 11 meltdowns of the reactors at the Fukushima No. 1 (Daiichi) nuclear power plant operated by the Tokyo Electric Power Company sent shock waves throughout the world and are having an impact on the nuclear energy policies of many countries. At the same time, the accident reminded people of the continued danger that nuclear weapons pose to humanity. There is a pressing need to abolish nuclear weapons as soon as possible.

At the United Nations Conference on Disarmament Issues, which was held July 27-29 in Matsumoto, Nagano Prefecture, the issues of nuclear power and a Nuclear Weapons Convention that would ban nuclear weapons were placed on the agenda for the first time. The Chugoku Shimbun interviewed participants from three countries: Germany, which has declared its intention to abandon the use of nuclear power; Australia, which is an exporter of uranium; and New Zealand, which has consistently maintained non-nuclear policies. The conference participants, who are either diplomats or representatives of non-governmental organizations, were asked about the impact of the accident in Fukushima and future prospects for the abolition of nuclear weapons. The following are excerpts from the interviews.


◆Hellmut Hoffmann, 60, Germany
Permanent Representative of Germany to the Conference on Disarmament and Ambassador for Global Disarmament Affairs

Denuclearization reflects will of people

Why did Germany decide on a policy for the abandonment of nuclear power by 2022? The answer is simple: the meltdowns at the Fukushima No. 1 nuclear power plant were a tremendous shock to Germany’s political leaders and its citizens. This accident happened in Japan, which has advanced science and technology and which was thought to have had flawless safety measures in place. The fact that it happened in Japan meant that it could happen in Germany as well.

Before the accident in Fukushima, the administration of Angela Merkel had decided on a policy that would have extended the lives of Germany’s existing nuclear plants, which have a total of 17 reactors. But the German people, who experienced the fear of nuclear contamination 25 years ago at the time of the accident at the nuclear power plant in Chernobyl, strongly rejected nuclear power. The overwhelming majority of the respondents to a public opinion survey on the pros and cons of nuclear power said they were in favor of denuclearization, so Chancellor Merkel was compelled to change the policy.

Some people in industry disagreed with this policy shift, stating that there was no need to be concerned about tsunamis in Germany. It’s true that the likelihood of a tsunami in Germany is low, but if a tsunami were to occur the damage would be immeasurable. Also, when you consider that spent nuclear fuel must be safely stored for hundreds or thousands of years, generating electricity at nuclear power plants is not cheap compared to other sources of energy. Neither the government nor industry had provided the citizens with accurate information.

Environmental awareness is high in Germany because of the impact of the Green party and other factors, so the country began working toward the use of solar energy, wind power and other natural energy sources early on. Germans also have a high awareness of energy-saving and the need not to waste electricity. I believe we will be able to abandon nuclear power in a little over a decade.

Tactical nuclear weapons of the United States are deployed in five European countries. Since 2009 the German government has called on those countries to remove those weapons because the possibility that they might be used for military purposes is unthinkable. But this can not be accomplished by Germany alone. We plan to proceed after reaching a consensus with the other four nations that are members of the North Atlantic Treaty Organization. Those negotiations are ongoing.

As a member of NATO, which provides a collective security arrangement, even if U.S. tactical nuclear weapons were no longer deployed, the so-called nuclear umbrella of the U.S. would probably continue to function in Germany just as it does in Japan, South Korea and Australia. Although we seek a world without nuclear weapons, I don’t know when or how it will become a reality. If the people of the world continue to pursue that goal, the world will move in the direction of nuclear abolition. But at the present time the five major nuclear powers [the U.S., Russia, Great Britain, France and China] are not prepared to do that.

Japan must take the lead in denuclearization

Uranium fuel produced in Australia was used at the Fukushima No. 1 nuclear power plant, and the nuclear fuel industry is very concerned about the situation because the accident has made many people aware of the dangers of nuclear power. Even in Australia, which does not have any nuclear power plants, there was a strong push to build some, but since the accident in Fukushima the argument in favor of doing is no longer persuasive. It will also probably become difficult to export uranium.

In the 1950s the United Kingdom conducted nuclear tests in the desert region of southern Australia, and a wide area is still off limits because of contamination by radiation. Neither the government of the U.K. or of Australia has paid adequate compensation to the military personnel who participated in the experiments or to local residents, who suffered health problems as a result of their exposure to radiation. In terms of the effects on the human body, industry and other groups only regarded exposure to high levels of radiation as a problem and did not inform people who had been exposed to low levels of radiation.

The accident in Fukushima received extensive coverage in Australian newspapers, on television and in other news media for days. Doctors who participate in the campaigns of the International Campaign to Abolish Nuclear Weapons Australia (ICAN) were asked to offer comments and analyses on numerous occasions. They explained the effects of low levels of radiation, particularly the problem of internal exposure. I think many people gained a better understanding of the danger of exposure to radiation.

The shutdown of nuclear power plants and the issues of nuclear disarmament and abolition are linked. It goes without saying that there are cases in which countries, such as India, North Korea and others, have proceeded with the development of nuclear weapons under the guise of the peaceful use of nuclear energy. It is important that nuclear technology and nuclear materials do not proliferate. We must provide renewable energy technology to the countries that plan to introduce nuclear power based on the peaceful uses of nuclear energy permitted under the Nuclear Non-proliferation Treaty. That would be a better alternative for them.

And in order to accelerate this move, it is essential to start negotiations as soon as possible on a Nuclear Weapons Convention banning nuclear weapons that would apply to all of the nuclear nations. More than 100 non-nuclear nations have already expressed their support. The governments of Japan and Australia have taken the position that it is “too soon,” but, as the victim of atomic bombings, Japan must take the lead.

ICAN is carrying out various campaigns in cooperation with many international NGOs and the governments of non-nuclear nations that actively support a NWC.

Risk of relying on deterrence

In February of this year a major earthquake caused tremendous damage in New Zealand too. We understand the fearfulness of earthquakes, and, as a matter of national policy we have not introduced nuclear power into the country. New Zealand has also refused to rely on the nuclear umbrella of the U.S. and has consistently maintained a non-nuclear policy.

I think the ongoing tragedy of the disaster at the Fukushima No. 1 nuclear power plant has shown humankind that we must respect nature. It seems that many Japanese people believed in the myth of safety that was perpetuated by the government, bureaucrats, electric power companies and others. Once a nuclear power plant is out of control, radioactive contamination will have a widespread impact on the environment and people in the area, and it will last for a long time.

We must be prepared to accept the fact that disasters will inevitably occur at nuclear power plants as the result of human error or accidents, natural disasters such as earthquakes and tsunamis, or almost unimaginable events such as the 9/11 terrorist attacks.

The same can be said of nuclear weapons. Nuclear weapons have not been used in a war since the atomic bombings of Hiroshima and Nagasaki. There are now more than 20,000 nuclear warheads on the earth, but people continue to simply rely on the myth of nuclear deterrence and conclude that there will continue to be no more nuclear wars.

The U.S., Russia and the other nuclear nations are prepared to launch missiles equipped with nuclear warheads from land or sea at any time. India and Pakistan are in a nuclear face-off, and there is the danger of nuclear terrorism. In addition to the harm caused by radiation, the blast of nuclear weapons has tremendous destructive power, and nuclear weapons also emit thermal rays. If these weapons were to be used, it would result in a nuclear disaster incomparably worse than those of Chernobyl or Fukushima.

The government officials of the nuclear nations are stuck in a Cold War mentality. They don’t realize that nowadays security can not be guaranteed by one nation alone. Or if they do realize it, progress is being blocked by the military-industrial complex and other forces in the country that are determined to protect their vested interests.

The economy, trade, finance, the environment, epidemics, poverty, education, human rights: all of the issues related to human security are closely linked among the countries of the world.

Young people in the 21st Century are interacting with young people in other countries on a daily basis using the Internet and other methods. Across national borders they enjoy the same music and anime. The existence of nuclear weapons, which could lead to catastrophic destruction, is not appropriate in such an age. The use of nuclear materials should be limited to medicine, non-destructive testing and other areas that people can control.