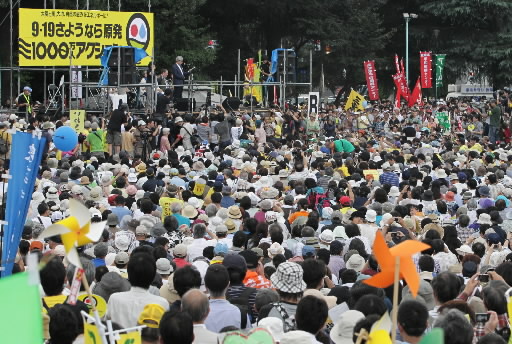 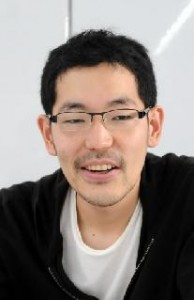 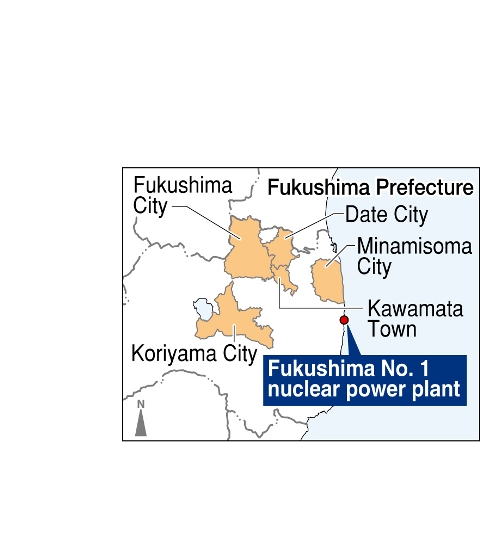 
Strength of veteran antinuclear organizations is tested
A citizens’ movement calling for the elimination of nuclear power from this nation has picked up momentum in the wake of the accident that occurred on March 11 at the Fukushima No. 1 (Daiichi) nuclear power plant. The disaster at the Fukushima plant, operated by the Tokyo Electric Power Company, was one of the worst nuclear accidents in history. Two organizations that have long formed the foundation of the antinuclear movement in Japan have shifted their positions to take a stronger stand against nuclear power generation. The Japan Congress Against A- and H-Bombs (Gensuikin) has strengthened its opposition to nuclear power, saying, “Human beings and the atom cannot coexist,” while the Japan Council against Atomic and Hydrogen Bombs (Gensuikyo) is pursuing steps so that Japan will “move away from the use of nuclear power.” As momentum at the grassroots level grows, what role will the veteran antinuclear organizations play? The Chugoku Shimbun explores current conditions and challenges of this citizens’ movement.


Gensuikin returns to its roots, seeks 10 million antinuclear signatures
Gensuikyo confirms the first step for its campaign to end nuclear power
On September 19, a large rally to express opposition to nuclear power was held in Shinjuku Ward, Tokyo. Inspired by nine prominent cultural figures, including Nobel prize-winning author Kenzaburo Oe, the rally called for the decommission of existing nuclear power plants as well as the cancellation of construction plans for new nuclear plants. Organizers reported 60,000 participants. Playing a central role in the executive committee, which coordinated the rally, was Gensuikin. Meanwhile, about 50 members of Gensuikyo, including its executive directors, took part in the rally and raised banners. Since the time the accident occurred, six months ago, both organizations have taken a hard look at their antinuclear campaigns.

“The passion we had put into our campaign tended to tilt toward eliminating nuclear weapons. We must reflect on the fact that our efforts against nuclear power were weak,” said Koichi Kawano, 71, the chair of Gensuikin. Mr. Kawano’s remark led off the World Conference Against A- & H-Bombs, organized by Gensuikin and other entities and held in the summer of 2011 in Fukushima Prefecture.

Gensukin first declared its opposition to nuclear power generation at its 1971 world conference. At the conference in 1975, the late Ichiro Moritaki, who headed the organization at that time, made this appeal in his keynote address: “Humanity must survive. And there is only one path left to ensure this aim: we must reject the atom absolutely.”

Mr. Moritaki contended that the use of nuclear energy inevitably produces hibakusha, those who suffer from exposure to radiation, and that nuclear energy, even if ostensibly for peaceful purposes, always becomes entangled in military uses as well. Based on these beliefs, he expressed opposition to the construction of nuclear power plants at various locations in Japan and also made policy proposals to the Japanese government suggesting alternative forms of energy. Despite such efforts, the accident in Fukushima would not be prevented. Based on this regret, Gensuikin returned to its roots and repeatedly referred to Mr. Moritaki’s idea of rejecting the atom “absolutely” in the declaration it issued from the conference held this past summer.

“An incident iconic to this century”

Toshihiro Inoue, 53, the vice director-general of Gensuikin, stressed, “The accident at Fukushima is an incident we see as iconic to this century, as the atomic bombing was to the last. We have long been involved in nuclear issues and it is now our duty to again question the idea of a nuclear society.” To obtain the 10 million antinuclear signatures they are seeking for a petition drive, which will be submitted to the Japanese government and the Diet next spring, Gensuikin has begun to draw up further plans following the rally.

The movement against atomic and hydrogen bombs took hold among the public in the wake of the incident involving the Daigo Fukuryu Maru, a Japanese fishing boat. As a result of a hydrogen bomb test conducted by the United States on the Bikini Atoll in 1954, the crew members of the vessel were exposed to radiation. That next year, 1955, the first world conference to express opposition to these weapons was held in Hiroshima. But in the mid-1960s, due to conflicting views with regard to the nuclear tests being carried out by the former Soviet Union and China at that time, the organization split into two factions: Gensuikin, affiliated with the Socialist Party, and Gensuikyo, affiliated with the Communist Party. Between 1977 and 1985, the annual conferences saw the two organizations working together to stage joint gatherings, but because Gensuikyo did not adopt a clear stance of opposition to nuclear power, the agenda of these conferences avoided nuclear power generation as an issue.

Then, following a series of accidents at the nation’s nuclear plants, Gensuikyo determined at a meeting of its board of directors in 2002 that it would propose “a gradual withdrawal from the use of nuclear power.” But the organization has failed to pursue concrete steps in this regard and has not squarely declared “the elimination of nuclear power” as an aim, despite having shown independent initiative before, such as taking up the issue of plutonium use at a previous conference hosted by Gensuikyo and other entities.

At its world conference held this past summer, Gensuikyo stated for the first time in its declaration that it wishes the nation to “move away from the use of nuclear power.” But within the drafting committee, participants from overseas voiced the view that each nation had the nonnegotiable right to choose nuclear energy and even if some of them held different views on nuclear power, they should not leave those people behind, with whom they have joined forces for nuclear disarmament.”

There is smoldering criticism from outside Gensuikyo that it should acknowledge that its views regarding nuclear power were wrong. After the rally of September 19, Gensuikyo held a meeting of its executive board and discussion was held on ways to strengthen the organization’s efforts involving the elimination of nuclear power following its summer conference. At the meeting, the board members confirmed that “Today Gensuikyo has taken its first step toward advancing that aim.”

Voices have been heard praising the fact that Gensuikin and Gensuikyo took part in the rally together.

Ichiyo Muto, 80, is a pundit on international politics and a resident of Yokohama. In the late 1950s Mr. Muto served at the Gensuikyo secretariat. He made the point that “The two organizations should not end their cooperation after this event. They need to keep in step with each other and form a united front, however loose it might be. They need to wield the sort of influence that can help change the government’s policies.”

Meanwhile, NGOs and citizens’ groups have taken a grim view of the accident in Fukushima and are responding swiftly.

For instance, Friends of the Earth (FoE) Japan, an international environmental NGO based in Tokyo, has pursued steps to protect children from harm caused by radiation. In the aftermath of the accident, the group took to urging old and new organizations seeking the elimination of nuclear power to form an alliance called the “E Shift” with the aims of abolishing nuclear power and articulating a new energy policy. Currently, about 60 organizations, including Gensuikin, have joined the network and are lobbying the Japanese government with policy proposals.

Eri Watanabe, 29, oversees the issue of nuclear power at FoE and has been promoting the campaign. “Our strong point is that we can grow our network, without being bound by the framework of existing organizations,” she said.

Both Gensuikin and Gensuikyo agree that collaboration with NGOs, citizens’ groups, and municipalities is essential in shaping public opinion to support the elimination of nuclear power. But how will this idea be put into action? The underlying strength of these veteran organizations, which have confronted the nuclear damage wrought in Hiroshima, Nagasaki, and Bikini, and have spearheaded the antinuclear movement in Japan, will be tested in this new campaign.


Hiroshi Kainuma, author of the book “Fukushima-ron” (“Fukushima Discourse”) urges direct visits to make judgments
Hiroshi Kainuma, 27, is a researcher whose book “Fukushima-ron” (“Fukushima Discourse”) has attracted considerable attention. He was born in the city of Iwaki, Fukushima Prefecture and is now enrolled in a doctoral program at the University of Tokyo. Before the accident occurred, he investigated the nuclear power station in Fukushima in connection with his master’s thesis, on which his book is based. Since the accident, Mr. Kainuma has continued to follow the daily activities of the “nuclear power village,” the nickname given to the closed circle of the nuclear industry, which exists in various local areas. The Chugoku Shimbun sat down with Mr. Kainuma to ask his views of the movement seeking the elimination of nuclear power in Japan and the challenges that movement faces.

What is your sense of public support for the elimination of nuclear power?
Around April, there was a feeling that nuclear power plants would swiftly become a thing of the past. But now the energy to resist the government, which seeks to bring the plants back into operation, has flagged. Nothing has changed. When I tried to gather information in the area where the plant is located, the residents responded to me with reluctance, saying, “Are you asking us about the nuclear power plant again?” I wonder what things will be like in another six months.

It seems to me that the movement is growing. What do you think?
The movement has ignored the people on-site and hasn’t flourished anywhere near the relevant areas. In the vicinity of the 20-kilometer-radius from the crippled plant, where I commute to gather information, a number of people remain living there and have begun coexisting with the site of the accident. Elderly people dislike evacuation centers and they say that they prefer working on their farm and watching TV at home. They wonder if a man who earns 400,000 yen per month can land a similar job if he evacuates with his family to another location. Such practical decisions are being made in many places.

What sort of perspective is important for the movement going forward?
The movement must not become absolute in its thinking. Rather, the realities on-site must be considered closely. The emotional reaction of feeling sorry for everyone there interferes with seeing many aspects of the situation. People in the movement must also listen to those who aren’t expressing opposition to nuclear power. I believe visiting the areas where nuclear power plants are located and reflecting on the issues in a calm manner is a more effective course of action.

What would you say are the pros and cons of nuclear power plants?
I have heard that there was once a debate over whether or not the A-bomb Dome in Hiroshima should be preserved. Today, people assume that the idea of preserving the dome was taken for granted back then, but that wasn’t the case. It seems to me that the issue of nuclear power is the same. Although nuclear power has now been tainted as dangerous, prior to the accident it had been accepted as a kind of “dream technology” in those local areas and in society as a whole.

Nuclear power has enabled local residents to maintain an ecological lifestyle, remain in their hometowns even if they’re unable to find work locally, and tweet with their smart phones and charge their batteries on a daily basis. Unless we reflect on our “happiness with nuclear power,” which we have enjoyed to date, I don’t think we can consider the idea of “happiness without nuclear power.”