International Symposium: Exploring the Roles of Hiroshima, Nagasaki and Japan in the Wake of the 3/11 Nuclear Power Plant Disaster 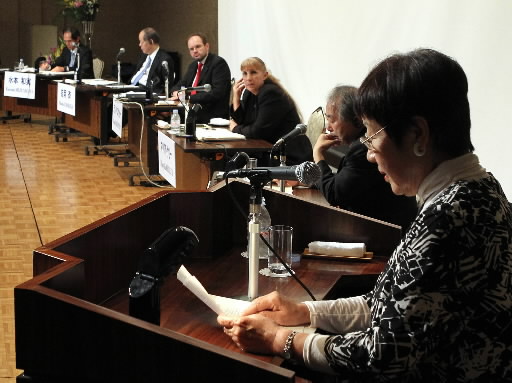 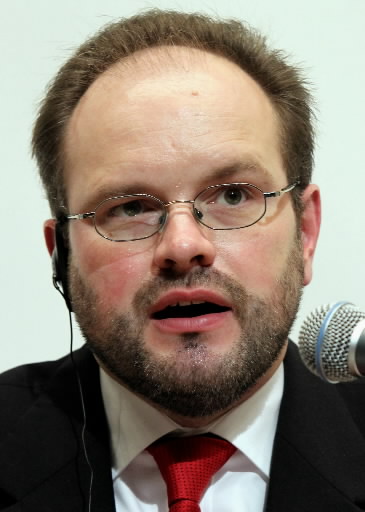 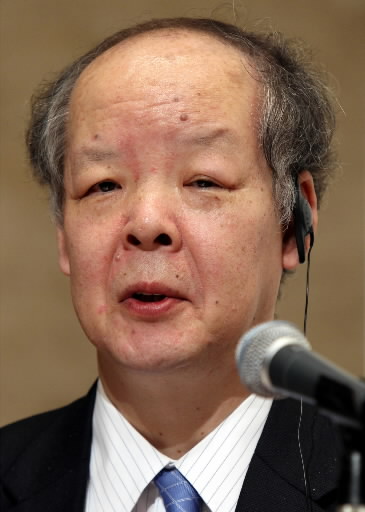 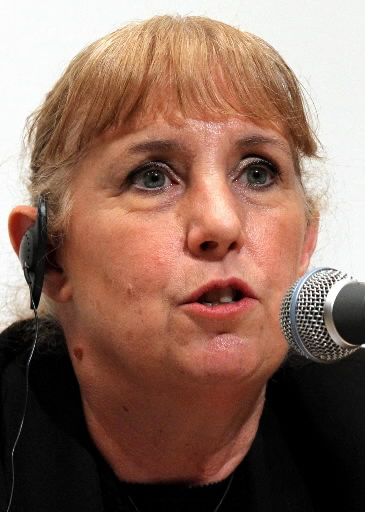 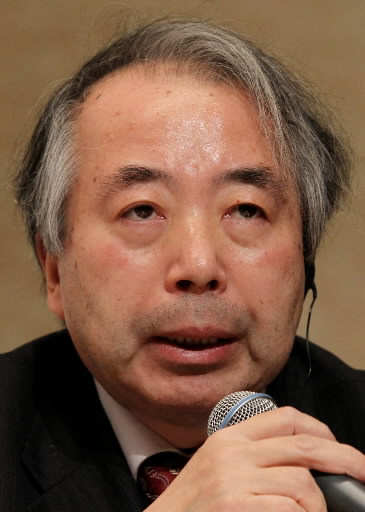 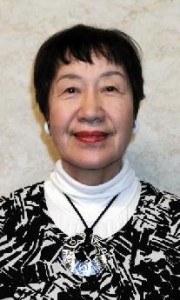 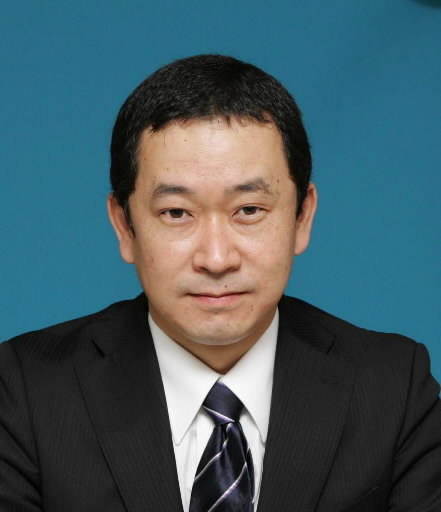 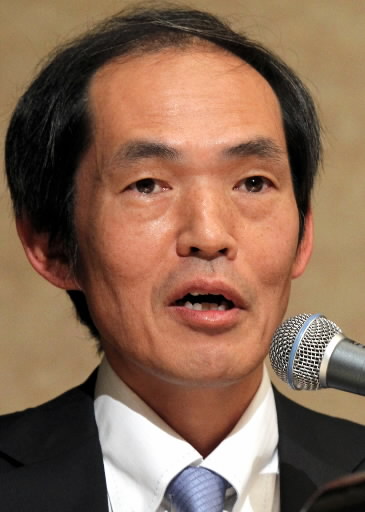 Support aid for radiation-exposed
An international symposium was held at the International Conference Center in Hiroshima on November 19 to consider the role of Japan, which has experienced both atomic bombings and the accident at the Fukushima No. 1 (Daiichi) nuclear power plant. Titled “Exploring the Roles of Hiroshima, Nagasaki and Japan in the Wake of the 3/11 Nuclear Power Plant Disaster,” the seminar was sponsored by Hiroshima City University and the Chugoku Shimbun. Experts from Japan and abroad discussed what is required of Hiroshima and Nagasaki, which have consistently called for the abolition of nuclear weapons. The following are excerpts from the discussion.


Harm from radiation repeated
Sixty-six years after the dropping of the nuclear bombs on Japan, the accident at the Fukushima No. 1 nuclear power plant occurred. What was your reaction to the accident?

Yoshioka: In terms of its seriousness, the accident is comparable to the [1986] accident at the nuclear power plant in Chernobyl, which was the worst in history. The biggest problem was the inadequacy of safety measures. Although Japan is subject to frequent earthquakes, many nuclear power plants were built. Most of them are located along the coast, yet the potential damage from a tsunami was underestimated.

Uekötter: We need to remember that there were many accidents in the history of nuclear power. After Chernobyl, proponents of nuclear energy argued that such a disaster could not happen in the West, but now it has. It is sad but true that, once more, the skeptics were right. We have recently heard some people talking about a renaissance of nuclear power and a “second nuclear age”. Fukushima may put an end to these dreams.

Yoshioka: I am serving as a member of the government committee investigating the accident. I have been reminded of how inadequate the response of the government and the Tokyo Electric Power Company to the accident was. The task force was headquartered at the prime minister’s office, but initially TEPCO had authority over the disclosure of information and other aspects. The government was passive, so naturally decisions were delayed. There was not the slightest semblance of crisis management.

Shitakubo: The problem with the disclosure of information is also clear from the accounts of residents of the Hamadori area of eastern Fukushima Prefecture near the nuclear power plant. For the “Fukushima and Hiroshima” series published in the Chugoku Shimbun we interviewed 50 residents of the Hamadori area. I was shocked by a statement by the mayor of the town of Okuma, who said he learned of the government’s order to evacuate through a conversation with a police officer stationed at the town hall.

What sort of nuclear energy policy should Japan have in the future?

Saito: As we can see from the current conditions in Fukushima Prefecture, once an accident occurs at a nuclear power plant, the agricultural, forestry and fisheries industries are devastated by radioactive contamination as well as the effects of harmful rumors. Even if there are no accidents, one can’t help but suspect that nuclear power plant workers are being exposed to dangerous levels of radiation. Is this form of labor allowed under the Constitution?

Tanaka: Many Fukushima residents lost not only their homes but also their safe supplies of air, water and food. No one has the right to treat them so cruelly. This means that Japan learned nothing from the atomic bombings, the exposure to radiation of the Daigo Fukuryu Maru fishing boat in the [1954] U.S. hydrogen bomb test near Bikini Atoll or the disaster at the nuclear power plant in Chernobyl.

Uekötter: In June the German parliament voted to shut down all of the country’s nuclear power plants by 2022. Just after that, Italy also rejected nuclear power in a popular referendum. German Chancellor Angela Merkel said in a speech that Fukushima was “a turning point for the world” in terms of energy policy. But there was a movement to abandon nuclear power in Germany long before the accident.

Starting in the 1950s Germany invested large sums of money in enhancing technology for the peaceful use of nuclear energy. Nuclear power plants were built from the late 1960s through the 1970s, but it was none other than the electric power companies themselves that voiced doubts about that trend, questioning its profitability.

Mizumoto: These examples will be useful when considering the future of Japan. But still it is surprising that the electric power companies themselves had questions about nuclear power. That’s inconceivable in Japan.

Yoshioka: In Japan there are people who insist that we should continue to use nuclear power from the standpoint of security. This suggests that they would like to at least retain nuclear technology that can be used for nuclear arms.

In his April 2009 speech in Prague U.S. President Barack Obama called for “a world without nuclear weapons.” On the other hand he has gone against the trend toward nuclear disarmament in various ways such as by seeking to modernize the nation’s nuclear arsenal. In the U.S. as well, the accident in Fukushima sparked anti-nuclear power sentiment among the public. The movement to abolish nuclear weapons is also growing. Just as with Germany’s abandonment of nuclear power, I hope citizens’ movements will spread throughout the world and be able to change governments as well. I would like to see Japan play a leading role in that effort.


Fukushima and Hiroshima
What was Hiroshima’s reaction to the accident at the nuclear power plant?

If we overlook the fact that people have once again become victims of radiation in Japan, a similar tragedy will occur again. Personally, I believe it is my duty to continue to recount my experiences of the atomic bombing.

Shitakubo: In Fukushima Prefecture I was asked how Hiroshima had addressed the issue of nuclear power. Our team of reporters felt we needed to take another look at what had gone on in Hiroshima. In 1956 an exhibition on the peaceful uses of atomic energy was held in Hiroshima Peace Memorial Museum. The exhibition hailed nuclear power as a dream source of energy. This led to the widespread notion that peaceful uses of the atom differed from nuclear weapons for military purposes. We got insight into the historical role Hiroshima played in the promotion of nuclear power.

What should we do now?

Kelley: The unwavering anti-nuclear, pro-peace sentiments of Hiroshima and Nagasaki have the power to change the world. One day our children and grandchildren will be surprised that there was a time when electricity was produced by boiling water with nuclear materials. I would like to bring about that era.

Uekötter: With the collapse of the Cold War structure, after 1990 there was less awareness in Germany of the horrors that the atom could cause, and there were fewer opportunities to talk about Hiroshima and Nagasaki. It’s the same with this nuclear power plant accident as well, but it’s important to make sure that memories of it don’t fade. Fukushima was a terrible disaster, but what is even more horrible is that it could happen again - in Japan, in Europe, or elsewhere.

Shitakubo: The same sorts of prejudices and harmful rumors that the survivors of the atomic bombings experienced are now prevalent in Fukushima. I would like to continue to provide accurate news coverage so that the mistakes of the past are not repeated.

Mizumoto: In closing, it can be said that the dangers posed by the atom are no different whether it is used for civilian or military purposes. We must thoroughly uncover the reality of the damage and give it our serious consideration.

Frank Uekötter
Born in Münster, Germany, in 1970. After serving as a professor at LMU Munich and in other posts, became a fellow at the Rachel Carson Center this year. Specializes in environmental history.

Hitoshi Yoshioka
Born in Toyama Prefecture in 1953. Graduated from the University of Tokyo with a degree in physics. Specializes in the history of science and technology and related policies. Serves as a member of the government committee investigating the accident at the nuclear power plant.

Marylia Kelley
Born in Chicago in 1951. Founded the anti-nuclear organization Tri-Valley CAREs in 1983 to monitor the activities of nuclear weapons development facilities. Author of numerous articles published in journals specializing in nuclear issues.

Osamu Saito
Born in Miyagi Prefecture in 1947. Graduate of Fukushima Medical University. Addressed the needs of atomic bomb survivors while serving as director of the Fukushima Cooperative Hospital in Hiroshima for 20 years and in other posts. Since 2009 has served as a doctor of the Watari Hospital in Fukushima City.

Kazumi Mizumoto
Born in Hiroshima in 1957. Graduated from the University of Tokyo with a degree in law. Assumed his current post in 2010 after serving as Los Angeles bureau chief for the Asahi Shimbun and in other posts. Specializes in international law, international relations and nuclear arms reduction.