Release of data on black rain: Records of 13,000 people held by RERF 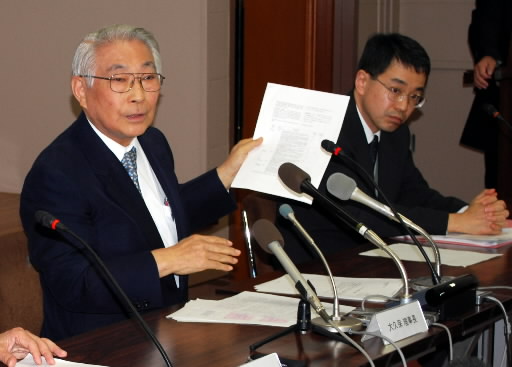 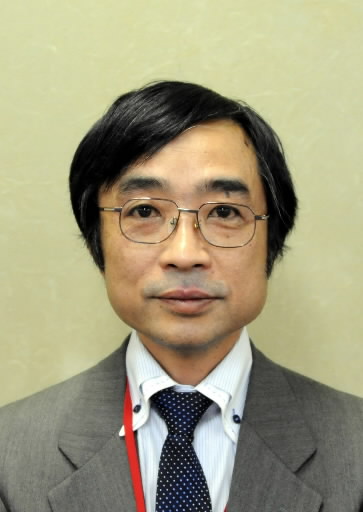 Data from 13,000 people on the black rain after the atomic bombings has recently been found at the Radiation Effects Research Foundation (RERF), a cooperative Japan-U.S. research organization that studies the effects of the radiation from the atomic bombings and has offices in Hiroshima and Nagasaki. A doctor in Nagasaki discovered the existence of a report written in the U.S. 39 years ago and contacted the RERF, leading to the discovery of the data. Why wasn’t this data revealed before? What sort of data is it? If released, it might serve as an important resource to determine the precise area over which the black rain fell and to look into its effects on the human body. In the aftermath of the accident at Tokyo Electric Power Company’s Fukushima No. 1 (Daiichi) nuclear power plant, there is growing interest in the effects of radiation, and as a specialized agency, RERF should analyze the data and take steps to release it.


Revision of map of rainfall area possible: Intentional concealment denied
In late September, Koya Honda, 55, who runs an internal medicine clinic in Nagasaki, was reviewing materials on the black rain at his home when he became curious about a reference to a particular report that was written at the Oak Ridge National Laboratory in the U.S. in 1972.

The report was co-authored by Japanese and American researchers. Based on data collected by the Atomic Bomb Casualty Commission (ABCC), the forerunner of the RERF, it analyzed the acute symptoms brought on by the black rain and indicates that symptoms were found in a high percentage of those who were exposed to the black rain. Dr. Honda asked various researchers and others about the report, but no one had seen it. For some reason there was no evidence that it had been seen by anyone.

Dr. Honda has been investigating the connection between the black rain and hair loss. The Manose district of Nagasaki where his clinic is located is a community in the hills about 7.5 km northeast of the hypocenter of the atomic bombing. At the time of the bombing there were 320 residents there, some of whom have reported that black rain fell on the district and that many people suffered from hair loss. But because it was not part of the City of Nagasaki at the time of the atomic bombing, the district is still not recognized as an A-bombed area.

The Japanese author of the report was the manager of RERF’s research department. In late October Dr. Honda received a reply to his inquiry to RERF stating that the manager had died 25 years before. RERF told Dr. Honda that the report had been recreated but that errors had been made in the handling of the data. How could such a determination be made? Through his communication with RERF, Dr. Honda learned that the agency had data on the black rain for 13,000 people.

The Nagasaki Doctor & Dentist Association, to which Dr. Honda belongs, submitted a document to the central government requesting that the effects of the black rain on the human body be analyzed based on the data that had come to light and that the findings be released.

The Hiroshima Prefecture Atomic Bomb Black Rain Council (chaired by Masaaki Takano) has called for all areas on which the black rain fell to be designated as A-bombed areas. The council has asked RERF to preserve, analyze and release the recently discovered data saying that it is highly significant because the survey was conducted soon after the atomic bombing by an organization that specialized in the study of radiation from the atomic bombings.


What sort of data on the black rain did the 13,000 people provide?
Details including types of hats worn

RERF has data on more than 120,000 people, which serves as the basis of its research on the effects of radiation from the atomic bombings. The subjects of this research are referred to as the Life Span Study group. Interviews with them were conducted from the 1950s through the early 1960s. The survey forms asked members of the group whether or not they had been caught in the rain immediately after the atomic bombing. Of these, 13,000 said yes. They were also asked where they were when they were caught in the rain.

In addition to their gender, age and where they were at the time of the bombing, the survey also asked what sort of acute symptoms they had developed.

There are about 20,000 items of data on Hiroshima and 8,000 on Nagasaki. The data related to Hiroshima reveals that about 1,200 people were exposed to the atomic bombing and the subsequent black rain more than 1,600 meters from the hypocenter of the bombing. The 39-year-old report attempted to analyze the black rain based on details such as the size, color and force of the raindrops, the time the rain began to fall, how long it continued, whether or not the person was wearing a hat and, if so, what type of hat.

On November 21 Toshiteru Okubo, chairman of RERF, and other members of the staff held a press conference at which they said that the data was collected not to analyze the black rain but in reply to supplemental questions to serve as a reference for the Life Span Study. RERF said large deviations were found after the figures were tabulated and that they have little scientific value. They added that the data had probably been assessed in that way in the past and that it had not been intentionally concealed.

Even if that is the case, where were the 13,000 people exposed to the black rain? If the data were released, a new map of the area in which the black rain fell could be prepared. And the effects of the black rain could perhaps be further clarified through a cross analysis of the Life Span Study data and the data on black rain experiences as well as the 14 acute symptoms included in the survey such as hair loss, diarrhea and fever.

Recently new scientific findings on the black rain have also been reported.

Masashi Baba, an instructor at Hiroshima City University’s Graduate School of Information Sciences, has analyzed photographs taken of the entire A-bombing’s mushroom cloud. By comparing these photos with the geography and other features, he has estimated that the height of the mushroom cloud was approximately 16 km above the ground. This is twice as high as the 8 km estimated by the Panel of Experts on Black Rain, assembled by Hiroshima Prefecture and the City of Hiroshima from 1988 to 1991. The fact that the cloud was tall suggests that the radioactive materials may have soared higher into the air and fallen over a wider area.

In 2008 the city, prefecture and other agencies conducted a survey of approximately 37,000 people. Believing it was highly likely that the black rain fell over an area much wider than that currently designated for assistance, they have asked the central government to expand the designated area. A government panel of various experts is currently debating the issue.

Megu Otaki, a professor of statistics at Hiroshima University's Research Institute for Radiation Biology and Medicine, analyzed the data on the black rain from the survey conducted by the prefecture and the city. “RERF needs to incorporate the data from these 13,000 people into the Life Span Study and conduct a reanalysis of all of the data,” he said. “That’s how significant this data is.”

Black rain
Dust and soot containing radioactive materials mixed with water droplets in the air to form the black rain, which fell just after the atomic bombing. In 1976 the central government designated a “heavy rain area” in which hard rain fell over a long period. This area is approximately 19 km long and 11 km wide. People who were exposed to the black rain in this so-called Health Examination Special Designated Area are entitled to receive free health checkups and can obtain an Atomic Bomb Survivor's Certificate if they have developed certain diseases, such as cancer and cirrhosis of the liver. On the other hand, people who were in the “light rain area” are not eligible for free checkups.