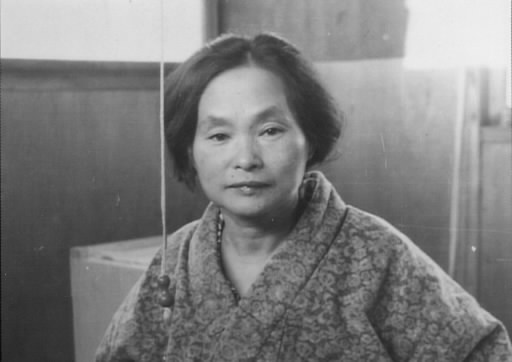 I was visiting Hiroshima and I asked my friends from the sign maker to go out drinking the night before I returned to Tokyo. We went to a rooftop beer garden downtown. I asked them to bring some girls with them and we all drank beer together. I was introduced to a girl they thought I would like. But I didn’t find her so cheerful and I didn’t think she would be a good match for me.

But one of the other girls became my wife. She was really vivacious and drank two mugs of beer. I thought she was nice and fun to be with. After I went back to Tokyo, we exchanged letters and eventually we got married.

I was exposed to the atomic bomb, though. It felt like some sort of thorn was sticking out of me, painful to the touch. I thought it might weigh on the minds of my wife’s parents when they were considering the idea of us getting married. Fortunately, though, my in-laws were sympathetic.

Mr. Nakazawa got married in February 1966 and that April began his independent work as a manga artist.

There were a lot of assistants who worked as employees of manga producers. They had monthly salaries to live on, but before long, they would lose the desire to create their own work.

Being independent meant my income would be unstable. But when I brought drafts of my work to publishers, they would decide to buy it. I was doing well, steadily receiving fees for my manuscripts, so I gained some confidence. At the same time, I felt safe because I had skills as a sign painter and I could fall back on that if I had to.

After suffering a brain hemorrhage, my mother was in the Hiroshima Red Cross Hospital and Atomic Bomb Survivors Hospital for two years. Then she was treated at home for another two years. When I received a telegram bringing the news of her death, I couldn’t stop my legs from shaking.

Once her body was cremated, my heart became filled with fury. There were no bones among the ashes. All I could find were tiny bits of bone and I wasn’t able to tell whether they came from her head or her feet. I was outraged. The atomic bomb had taken my mother’s bones away. [The assumption is that radiation from the atomic bomb had turned his mother’s bones brittle.] I decided I would definitely do something about it.