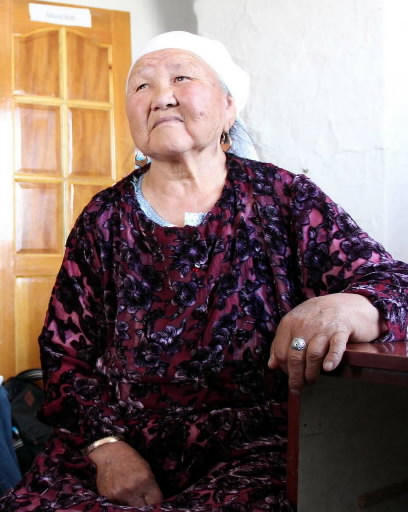 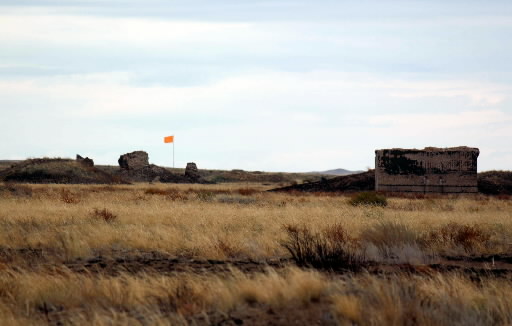 In Kazakhstan, over one million people were exposed to radiation as a result of repeated nuclear testing by the former Soviet Union from 1949 to 1989. In all, more than 450 nuclear tests were performed. I visited the village of Dolon, near the Semipalatinsk test site, to hear the stories of the radiation victims.

Twenty-one years have passed since the test site was closed, but even today people in the village are suffering from cancer and other radiation-induced diseases. Although relief measures have been instituted by the Kazakh government, medical services in outlying areas are insufficient.

I reached the village of Dolon, and its population of roughly 500, after traveling by car for about an hour and forty minutes over bumpy roads that stretched through grassy plains. Dolon is located about 75 kilometers west of the city of Semey [the new name for the city of Semipalatinsk]. Many of the villagers subsist by keeping horses, cattle, and sheep.

I listened to the accounts of three women who were exposed to radiation from the nuclear tests and pay regular visits to a health clinic in the village. Sholpan Jamalbayeva, 75, was born and raised in Dolon. She said that she felt the ground shake and witnessed mushroom clouds rising from the test site on a number of occasions. But she hadn’t realized that these were the products of nuclear tests.

Since 1995, Ms. Jamalbayeva has been suffering from cancer of the mammary gland. The Kazakh government has borne the costs of surgery and also provides her with 10,800 tenge (about 70 U.S. dollars) per month as a form of compensation for radiation sufferers as well as a pension. But much of this is spent on medication.

Another woman, Makuza Smagulova, 67, called the nuclear tests “unforgivable.” Recalling the past, Ms. Smagulova said, “When I was five years old, I was in a group of children that had gathered at someone’s house. But when the house started shaking, we innocently went outside to see what was happening.” Ms. Smagulova suffered from high blood pressure and underwent eye surgery last year. Through news reports, she learned about last year’s accident at the Fukushima No. 1 (Daiichi) nuclear power plant. “For the sake of the children,” she said with emotion, “there must be no more nuclear damage.”

The third woman, Nadejda Purjarskaya, 77, moved to the village when she was 30 years old due to her work in the construction industry. At the age of 36, her teeth began to fall out, and she now has only two teeth left. A number of residents in the village died still in their forties, and cows have died, too, after losing the hair on their hides. “I’m able to receive some compensation money from the Kazakh government, but I’m frequently ill and I have to buy medicine,” she said. “I manage to get along, since I live with my daughter. My only wish is to be healthy.”

According to Gulnara Rustemova, 42, a doctor at the clinic, those who were exposed to radiation can access the relief measures put in place by the Kazakh government and receive free medical care and examinations. Heart disease, diseases involving blood pressure, and lung cancer are among the major illnesses such patients face.

Dr. Rustemova, who sees patients in the village of Dolon and three neighboring villages, said, “Starting this year, patients can receive free medication for heart disease. But other medications still cost money.” She added that the medical care some patients need cannot be provided at the local clinic. In such cases, the patients must be transported to a hospital in the area, about 30 minutes by car. But the clinic has no car for this purpose.

I came to the village of Dolon on August 31 with members of CANVaS, an international exchange group based in Hiroshima. The CANVaS contingent is visiting Kazakhstan on a study tour.