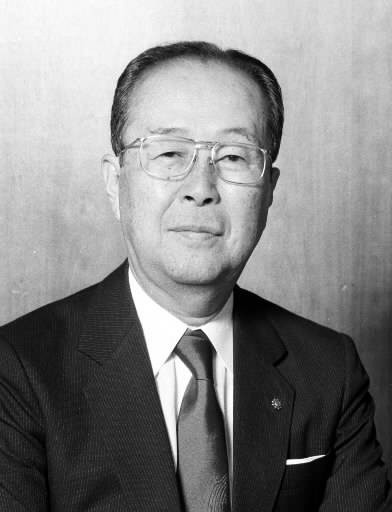 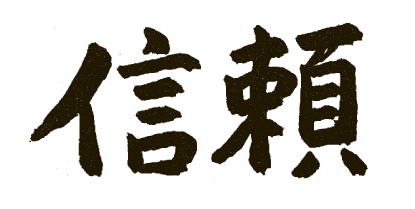 As president and chairman of the Chugoku Shimbun, Akira Yamamoto (1919-1998), led the company during its rebuilding after the atomic bombing and its remarkable progress thereafter. Mr. Yamamoto’s memoirs provide a detailed record of the history of the news organizations that were based in Hiroshima and of how Mr. Yamamoto himself lived through the turbulent years of the Showa era (1926-1989). In commemoration of the 120th anniversary of the paper’s founding, excerpts from Mr. Yamamoto’s memoirs will be published in 25 installments. The following is the first installment.

These memoirs have been abridged in some places, and in others explanations have been inserted parenthetically in order to make the content clearer. The title calligraphy is the work of Mr. Yamamoto.

“An American reporter who came to Hiroshima in 1983 as part of the Akiba Project told me he would like to hear what the Chugoku Shimbun did at the time of the atomic bombing and how it recovered. I talked to him for more than two hours, telling him as much as I knew.

“On September 2, (1945) I was demobilized and sent home (from the No. 2 Navy Air Base in Chiba Prefecture). I can recount with confidence anything that happened after that. But I did not see what happened on August 6. It was nearly 40 years ago, and few of those who are familiar with what happened then are left. Nevertheless the American reporter listened intently to the survivors’ stories and then returned home. I also resolved to belatedly record my recollections, because if I didn’t no one would know what had happened then.”

Under the Akiba Project, which was sponsored by the Hiroshima International Cultural Foundation, American journalists were invited to Hiroshima to learn about conditions at the time of the atomic bombing. While Mr. Yamamoto served as chairman of the foundation, the project ran from 1979 through 1988. Robert Manoff, a reporter who came to Hiroshima in 1983, interviewed some of the Chugoku Shimbun’s staff and a former staff photographer from the company who had taken photos of the devastation immediately after the atomic bombing. His report, titled “The Media: Nuclear Secrecy vs. Democracy,” was published in Bulletin of the Atomic Scientists, an American journal. The article discussed early reporting on the A-bombing, and caused a stir when it came out.

“I took notes on everything I thought was important. Just after I was demobilized, I became acting manager of the General Affairs Department, and I kept a department log. Unfortunately, my entries for each day were very simple. But I thoroughly recorded the facts about when we began to clean up the company’s offices (in Ebisu-cho, Naka Ward, which were completely destroyed in the bombing) and when we disassembled and moved one of our printing presses (to Nukushina, Higashi Ward for safekeeping).

“I wrote about the big labor dispute (a strike that led to a halt in publication of the morning edition for three days) in 1948 in detail, including the question-and-answer session with the union. When Masao Tsuda, executive director of The Japan Newspaper Publishers & Editors Association, came to Hiroshima for the (1950) “Red Purge,” I scribbled notes on everything he said. I also have my diaries from that time.

“As far back as I can remember I was in the newspaper environment. I grew up in that environment and went to work for the company (after graduating from Tokyo Imperial University in 1941). So I decided to write about my life from my upbringing through the present. I wrote for nearly 10 months starting from the summer of 1984. For the first time in quite a while I got a callus on my hand from writing so much. Now there are things that only I know, and I would like to convey them accurately. With that thought in mind, I tried to make a faithful record.” (Ultimately, Mr. Yamamoto continued writing through the fall of 1990.)

“The offices of the Chugoku Shimbun were destroyed in the atomic bombing, and 113 employees were killed. (Since then an additional victim has been confirmed.) There is no doubt that that had a tremendous effect on the newspaper’s subsequent recovery. The formation of the union was followed by the purge of my father, Jitsuichi Yamamoto from his post (as president). We did well to preserve the organization.

“From among the problems that I had experienced as an executive, I have chosen those that I thought were important. I couldn’t decide whether or not to write about issues related to our family and relatives. Since we moved the offices of the Chugoku Shimbun to Dobashi-cho (Naka Ward) in 1969, the office building and all of its equipment belong to the company. Everything is completely independent. I clearly described how that came about as well. But I feel it was somewhat unfortunate that because I focused on management, I had less to do with the news side of the business.”