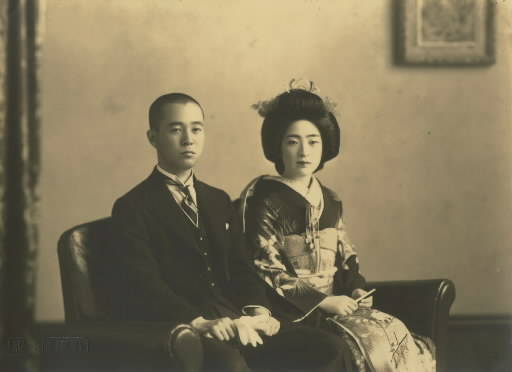 In May 1942 the Chugoku Shimbun celebrated the 50th anniversary of its founding, and established the Chugoku Culture Prize. A grand party was held at the (army’s) Kaikosha clubhouse (located in Kami-hatchobori, Naka Ward). I was named a director of the company, but I continued covering the prefectural government.

In April 1943 my brother Toru returned safely from Burma (now Myanmar) after being demobilized. The company set up a Culture Department, and Toru became its first manager. In July the Chugoku Regional Administration Council was established in Hiroshima, and Sukenari Yokoyama (governor of Hiroshima Prefecture) was appointed its first chairman. The council’s first meeting was held in August. The newspaper business was thriving more than ever before. A total of more than 50 reporters from the various papers were in fierce competition. This led the Chugoku Shimbun to set up a bureau in the city of Tottori. With the establishment of the council, the Chugoku Shimbun realized that it had become a regional paper.

People began saying it was about time I got married. At any rate, in those days most young men had gone into the military, and men of marriageable age were extremely scarce.

In the spring of 1943 I received a photo of Nobuko Kanai, the daughter of a sake brewer in Miyoshi. It was a small, wallet-sized picture. Her hair was bobbed, and she was shown in profile. It was not the typical sort of photo used for arranged marriages. I ended up carrying that photo in my business card holder throughout my life. Nobuko didn’t think her marriage would be decided on after just one meeting with a prospective partner, so she was surprised. But she had no particular objections either, she said.

Anyway, everything proceeded smoothly. It was the first and last formal meeting with a prospective marriage partner for both of us. It was the era of ration tickets for clothing, and you couldn’t possibly make arrangements for a wedding ceremony. Or rather, there were several conversations in which it was noted that in light of the situation in those days it was better for us to get married as soon as possible, so our marriage was set less than two months after our first meeting. Nobuko was still a student at Japan Women’s University, and she seemed to be taken aback, but she went along with it and quit school.

We got married on May 30, 1943. The ceremony was held at Tsuruhane Shrine in Hiroshima (Higashi Ward). My hair was closely cropped, and I wore a cutaway suit. Nobuko wore a white kimono. My brother came over to me and said sincerely, “She’s a nice bride. Congratulations.” It was the first time he had ever seen Nobuko.

We had a reception of sorts. Relatives gathered at our home in Hirano-machi (Naka Ward) for a celebratory dinner. The war was going on, so it was not a situation in which you could invite a lot of guests to a reception. A lot of families started to do that and then hastily called off their plans after the paper received letters to the editor critical of them.

That night Nobuko and I went to the Miyajima Hotel on Itsukushima. (The hotel was destroyed by fire in 1952.) I should note that we had a chaperone on our honeymoon. O-tane, the former proprietress of Kansuiro, which the Kanai family had visited for years, accompanied us. Ostensibly she came along to help Nobuko put on her kimono, but she whispered to me, “The young lady is tired tonight so…” After our first child was born, O-tane came to our house to help out, and whenever I brought up the subject of that night, I would say jokingly, “What a nuisance you were!” and have a good laugh.

I’ll never forget the headline in the next day’s paper that said: “Japanese troops die on Attu.” The shock as I read that in the dim lobby of the Miyajima Hotel was truly great. I felt as if cold water had been dashed on to the sweetness of our honeymoon. Young people in those days could not bask in happiness for even a little while.

On May 30, 1943 the headquarters of the Japanese Imperial Army announced that all of the members of a garrison of about 2,400 troops had “died honorably” on Attu in the Aleutian Islands at the hands of U.S. troops that had landed there.