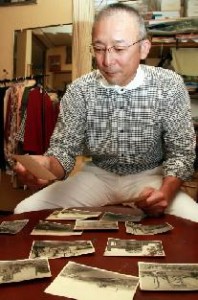 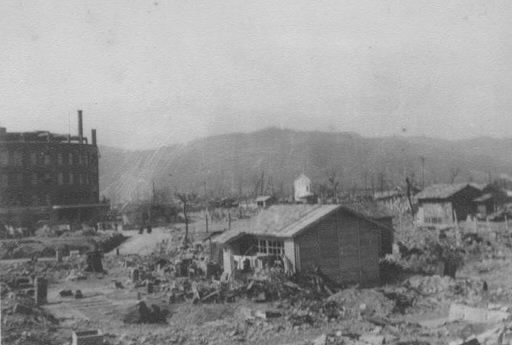 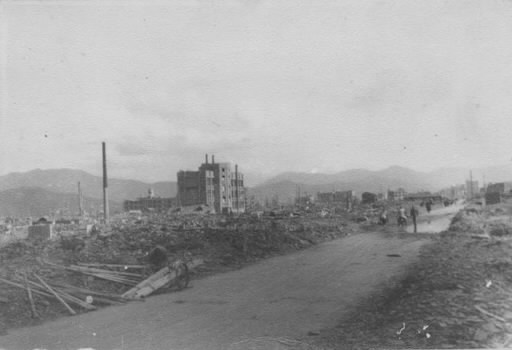 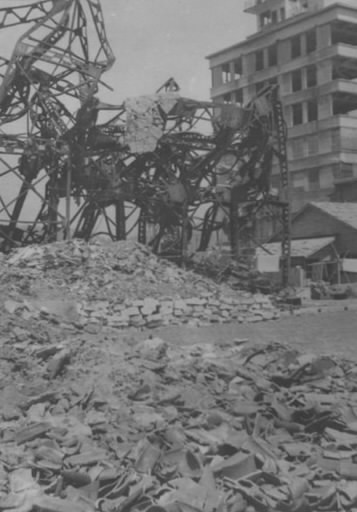 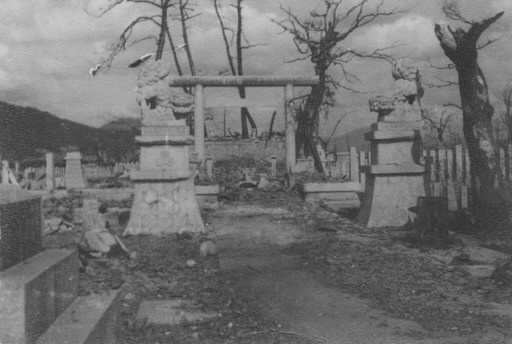 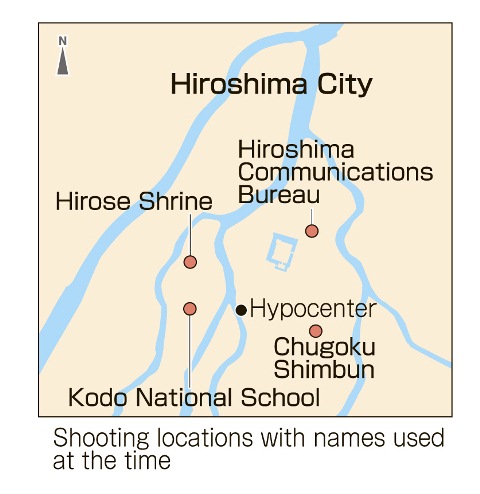 Photographs of Hiroshima seven months after the A-bombing: Found at Iwakuni home of Nobuo Fujita
To be donated to museum “for future generations”

A resident of Iwakuni City, Yamaguchi Prefecture, has found 14 photographs of scenes of Hiroshima taken seven months after the atomic bombing. Some of the photos impart a sense of people’s lives amid the devastation. Nobuo Fujita, 49, who sells men’s apparel, said he plans to donate the photographs to Hiroshima Peace Memorial Museum. This article features several of the photos.

One was taken near the Hiroshima Communications Bureau (Higashi Hakushima-cho, Naka Ward). In front of a solitary wooden shack at the center of the photo, two jackets have been hung out to dry, with poles through their sleeves. This scene gives a sense of people’s lives amid the burned-out ruins. On the back of the photo it says, “Hiroshima, March 10, 1946, atomic bombing.”

The photographs were found among the belongings of Mr. Fujita’s great-aunt, Masako Furusawa, who lived with him and his family in her later years. The black-and-white photos, which are about twice the size of a business card, also show a building’s twisted steel framework; the Hirose Shrine, whose sanctuary was completely destroyed; and people walking along a street near Kodo National School.

Masako Furusawa and her husband ran a bookstore in Hiroshima. The pictures are believed to have been taken either by Masako or her husband Seitaro. According to Mr. Fujita, Masako, who died in 2000, had shards of glass from the bomb blast in her right shoulder throughout her life.

Mr. Fujita, the son of an A-bomb survivor said, “There are facts that must not be forgotten. I hope they will be conveyed to many people in future generations.”