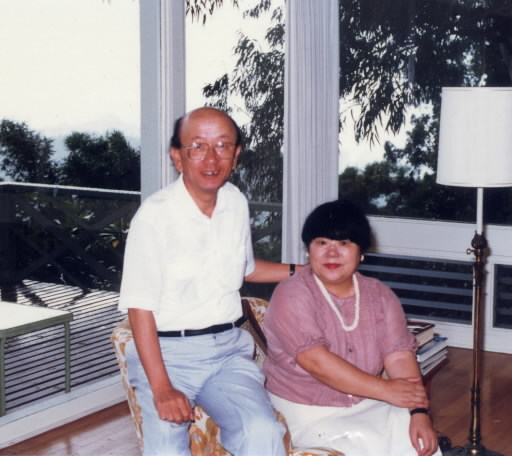 Pursuing equality, by her bedside at the end

Mr. Kitanishi worked at Hiroshima University and Hiroshima Shudo University for 43 years. How did he balance his research and teaching with his political activities and his home life?

University lecturers have quite a bit of freedom, but when I was head of Hiroshima University’s Faculty of Law (1985), I led a demonstration calling on the City of Hiroshima to participate in a global nuclear-free city movement. When I was criticized for that I replied that being department head was just temporary for me, so if there were complaints, I would quit. At Shudo University I served as acting president (1989-1990), but I really wasn’t cut out for that job. I like to argue, not be tied to a desk.

But I never pushed my ideas on my students. Even if their thinking was right of center, as long as it was logical, that was fine. When it comes to getting a job, it’s advantageous to have studied with an “establishment” instructor rather than to have attended my quasi-Marxist seminars. So I worked doubly hard to help my students find jobs that would allow them to pursue the career paths they desired. I have kowtowed to people in the business community. I was always aware of my professional responsibility.

When I married Hideko I told her to “usher in a new society.” We pursued gender equality. I did the cleaning and often did the cooking too because I had seen Marxists who talked big when they were out and about but ruled the roost at home. In 1964, while Hideko spent about a month in the Soviet Union laying the groundwork for the establishment of the sister city relationship between Hiroshima and Volgograd (finalized in 1972), I took our son with me to a meeting of the prefectural Council against Atomic and Hydrogen Bombs.

She also served as an interpreter for atomic bomb survivors living in the United States when they were interviewed there. But when she said we should share all the housework evenly, we went back and forth, saying things like, “You’ve gone too far” or “That way of thinking is outdated.” We often quarreled.

Hideko absolutely hated going to the doctor. When I realized something was wrong and dragged her to the doctor, we learned she had uterine cancer and it had metastasized. The doctor said it was inoperable. I took her home, and for the next three months I prepared all her meals and attended to of all her personal needs, but she died at a hospital I had asked to admit her.

Hideko Kitanishi was a native of Susa-cho (now part of the city of Hagi) in Yamaguchi Prefecture. She died in 1999 at the age of 70. She formed the Society for the Study of the History of Women in Hiroshima and issued a publication entitled “The Women of Hiroshima.”

I hadn’t depended on my wife and was used to taking care of myself, so I wasn’t concerned about living on my own. But eventually I was certified by the government as a person “in need of support,” and even though a home helper came three days a week, as I got older the housework began to wear me out. So I decided to enter an assisted living facility. I expect it will be my final home.