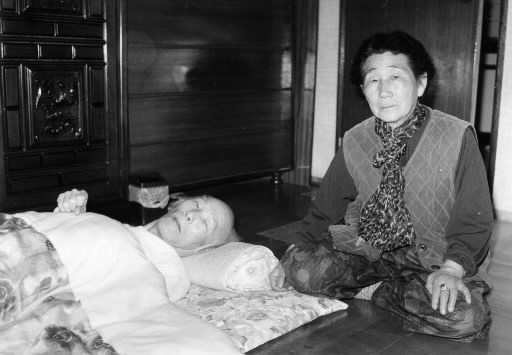 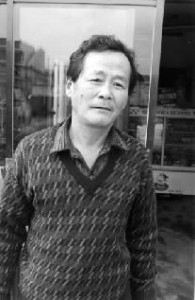 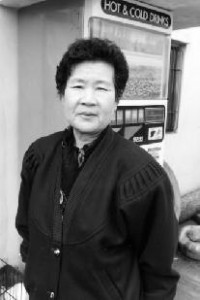 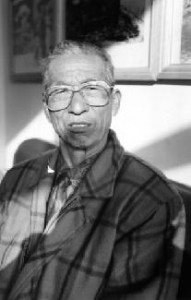 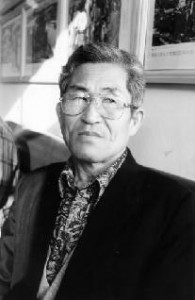 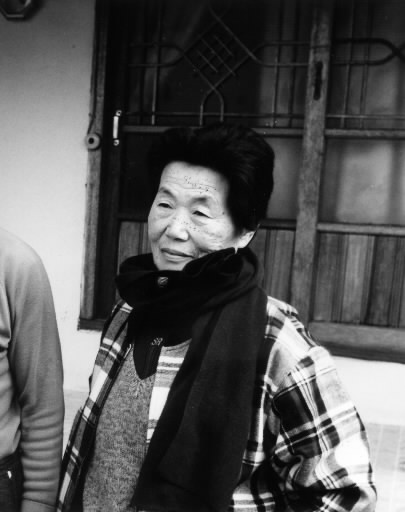 “As the only nation in history to suffer an atomic bombing, Japan will...” The Japanese government and media, as well as A-bomb survivors themselves, all use this sort of language, making it seem as if the only victims of the atomic bombings are found in Japan. With wording such as this, a whole swath of people are ignored: the victims who reside overseas, including Korean A-bomb survivors.

Immigration to Japan from the southern half of the Korean peninsula has a long history, stretching back to 1910. When Japan colonized that nation, many Korean men came to Hiroshima in search of a livelihood, and eventually brought their wives and children to settle in Japan as well. During the war, there were also conscripted laborers, soldiers, and military employees from Korea. While in Hiroshima, they encountered the atomic bomb.

What lives are the Korean A-bomb survivors, who returned to their homeland with only their broken bodies, leading today? How do they see Japan, which has left them to fend for themselves by not extending medical support beyond its borders? The Chugoku Shimbun explored the reality of the “other Hiroshima” in Hapcheon County, located in the Gyeongsangnam-do District of South Korea.


Korean survivors face hardships after bombing
Kim Jeoni, 72, sat down in her living room and smiled sadly. “He refuses to take anything,” she said. “He says he’s sick of medicine.” As she spoke, her husband Jeong Gijang, also 72, lay still in his bed, looking up at the ceiling. It was nearly the fourth spring since he became bedridden.

Mr. Jeong is the former head of the Hapcheon division of the Korean A-bomb Sufferers Association. While he was still physically able, he would walk through the many villages that dot the mountainous area to seek out the families of A-bomb victims. His efforts clarified the impact of the atomic bombing on the people of Hapcheon County, which is made up of one “eup” (town) and 16 “myeon” (townships).

The reason Hapcheon is referred to as the “Hiroshima of Korea” can be found in a report based on Mr. Jeong's investigation. This report was issued by the epidemiology and social medicine division of the Research Institute for Nuclear Medicine and Biology at Hiroshima University.

In all, there were 5,001 A-bomb survivors with links to Hapcheon County. Of this number, 98% experienced the atomic bombing of Hiroshima. At the time of the investigation, 3,870 of these survivors were still living, which means that one of every 40 Hapcheon residents was an A-bomb survivor. This equals the ratio of A-bomb survivors living in Hiroshima Prefecture, though not including the city of Hiroshima itself. (As of the end of 1993, this figure stood at 2.9%.)

Before the war, there was such a sizable population of people from Hapcheon living in Hiroshima that Korean residents shared this saying: “We may ask for someone’s name, but we don’t need to ask where they’re from.”

According to accounts offered in Hapcheon, one Hapcheon family came to Hiroshima in 1910 and, after experiencing some success in their new life in Japan, encouraged other family members to move there, too. This led to the rise in immigrants to Hiroshima from Hapcheon County. At the time, people from Hiroshima were immigrating one after the other to such countries as the United States, Peru, and Brazil and yet, with poverty high in Hapcheon, the wave of immigration from that part of Korea continued unabated.

“It was a good place to live. I graduated from Onaga Elementary School [in Higashi Ward, Hiroshima] and my husband went to Kawauchi Elementary School [in Asaminami Ward].” Like many of the A-bomb survivors in Hapcheon, Ms. Kim held fond memories of Hiroshima before the bombing. Even Mr. Jeong, whose left side is now immobile, smiled when he heard the word “Kawauchi.”

In other words, their lives after the bombing were so trying that even the former days spent struggling in a foreign country seemed to be good ones. The hardship and suffering was so enormous that they had no energy left for anger or sadness.

Mr. Jeong's family went bankrupt after his father agreed to become a guarantor for a friend’s debts. The whole family then moved to Hiroshima. Mr. Jeong believes he was 11 at the time. After completing elementary school, he helped with his father’s business, which involved civil engineering projects, then married Ms. Kim, who had been born in Hiroshima. Children followed, but their peaceful life was shattered when the bomb was dropped on Hiroshima.

“The people who survived all went back to their home countries,” said Ms. Kim. “We returned to Korea along with the others, but we had no family there, and our Korean wasn’t very good. We had only hardship for a long while...”

Five years after their return to Korea, Hapcheon became a battleground in the Korean War. At this chaotic time, the couple lost their young daughter to illness. The effects of Japan’s colonial rule haunted the survivors, now wounded and destitute after the blast, as they returned to their homeland and sought to begin again.

Mr. Jeong managed to land a job at the town hall and rose to the post of deputy mayor, but had to quit in his later 40s. The injuries he had suffered when his house collapsed in the bombing made him unable to continue this work. To scrape together money for his medical bills, he sold what little land he had obtained.

Seeing that the survivors around him were suffering similar hardships, Mr. Jeong decided that “someone has to do something.” Bearing the pain he felt in his back, he began to look into the plight of survivors who were living quietly in the area.

The results of his dogged efforts were used when medical treatment was provided in Japan for a period of five years, starting in 1981, as a measure pursued jointly by the governments of Japan and Korea. While only 349 people were able to undergo treatment at A-bomb hospitals in Hiroshima and Nagasaki, 90 survivors from Hapcheon County received professional medical care for the first time.

Mr. Jeong continued his investigation and eventually confirmed a total of over 6,000 A-bomb survivors who were Hapcheon residents. However, eight years ago, while visiting a Hiroshima hospital, he lost some mobility.

For a time, he could still get up by himself. But three years ago, he could no longer even manage that. “It’s called ‘paralysis’ in Japan, right?” Ms. Kim said. “He tried acupuncture and herbal medicine, but nothing has worked...” Her small frame seemed to shrink even further.

Hapcheon County currently has a population of about 75,000 people. It is a place also facing the difficulties of an aging population and an exodus to more urban areas. Mr. Jeong's four sons and a daughter are among those who have moved away to Seoul and Daegu. Because the couple depends on the support of their children to subsist, the financial assistance provided to A-bomb survivors for their medical care, a measure begun three years ago, is of great help to them, no matter how small it may be. Presently, 100,000 won (about 12,000 yen) is allocated to each survivor every month. These funds are distributed by the Korean Red Cross, from the Korean Atomic Bomb Victims Support Fund, which totals 4 billion yen. This money came from donations made by the Japanese government in 1991 and 1992.

There remains a significant gap, however, in the support given to Korean survivors, who have lived a long while without any aid from the Japanese government, and the support involving Japanese survivors.

In Japan, patients with cerebrovascular disease, like Mr. Jeong, receive a “health management allowance” of 33,300 yen per month. And if his condition restricted his movement to the degree that he needed nursing, he would also receive a “nursing aid allowance,” a maximum of 103,050 yen under the A-bomb Survivors Special Measures Law.

Above all, though, survivors in Japan are able to receive treatment at hospitals without worrying about the costs.

Mr. Jeong and his wife have obtained the Atomic Bomb Survivor’s Certificate, which enables them to seek free medical care when they come to Japan. However, this document is worthless to them the moment they set foot outside of Japan. In order to lessen the burden on their children as much as possible, the couple sold their house and land and moved into a tiny apartment.

“There are specialists here in nursing care, but the costs are so high. It would be at least 1 million won,” sighed Ms. Kim, looking over at Mr. Jeong. Ms. Kim also suffers from high blood pressure. If she had someone to care for Mr. Jeong during her absence, she would like to visit Japan for treatment.

It takes only half a day to travel from Hapcheon to Hiroshima by plane. To the elderly couple, however, Hiroshima feels very far away.

Lee Sungi (Masao Harada*) 65, runs a farm and a liquor business
1. He experienced the bombing while mobilized to create fire lanes at Fujimi-cho, Naka Ward. His sister was killed in the blast.
2. I would like to ask why the Japanese government discriminates against the A-bomb survivors in Korea. I would like to visit my birthplace, Hiroshima, and meet my old friends from Eba Elementary School.

Kim Iljak (Kimiyo Matsumoto*) 66, unemployed
1. She experienced the bombing while at her home in Eba-cho. Her mother died after their return to Korea.
2. My children have married, and I have registered as an A-bomb survivor. My younger sister, and my older sister’s family, who were in Yokogawa, also want to register as A-bomb survivors, but they were told they need the Atomic Bomb Survivor’s Certificate. Can’t something be done to help them?

Lee Bongmun (Hobun Mochizuki*) 70, farmer
1. He lived in Tenma-cho, and was on his way to the Kure Navy, where he worked as a conscripted laborer, when the bomb was dropped.
2. I have a bad liver, and can’t live without the medicine I get at the county clinic. It costs too much to go to the hospital in the city. Herbal medicine is also expensive. Please treat us in the same way as the Japanese survivors.

Yoo Juhyeon (Haruo Yanagawa*) 66, farmer
1. A student at Hiroshima Municipal Second Technology School at the time, he experienced the bombing in front of the Hiroshima Red Cross Hospital.
2. My health isn’t good, so it was hard raising five children. I was able to live a long life because I received treatment at the Hiroshima Atomic Bomb Survivor’s Hospital. I’m really grateful for their kindness.

Jang Chunsu (Haruko Harimoto*) 64, runs a seafood shop
1. She experienced the bombing in Eba-cho, with eight family members. She lost a younger brother, who was in the first grade in elementary school, and a 3-year-old sister.
2. Even if I was to talk about the bombing here, nobody would really understand, and their response wouldn’t be helpful. Since there’s no point in talking about it, I don’t.

*Japanese name at the time of the atomic bombing
1. Location and situation when the bombing occurred
2. Their thoughts today about the bombing