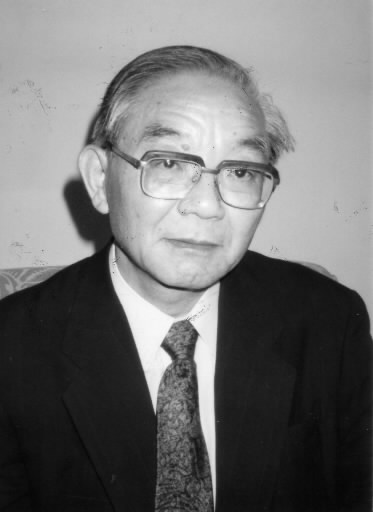 After sitting down to a splendid feast he had dreamed of, Damocles looked up at the ceiling to see a sword suspended by one hair. This Greek legend illustrates the dangers that accompany prosperity. Fifty years have passed since nuclear weapons were developed and used. Throughout that time the world has truly been under a “sword of Damocles.” During the Cold War between the East and West camps led by the Soviet Union and the United States, the human race was exposed to the risks posed by weapons with 1 million times the destructive force of the atomic bomb that was dropped on Hiroshima. The shift from this frenzied nuclear arms race to disarmament has finally begun, but the scrapping of even a single nuclear weapon carries a heavy “negative legacy.” Mitsuru Kurosawa, a professor at Osaka University who specializes in international disarmament law, and Ryukichi Imai, who has served as ambassador to the Conference on Disarmament in Geneva, were asked about the path to the abolition of nuclear weapons and Japan’s role in that effort. Their strong, sometimes caustic comments demonstrate that the path to disarmament remains rocky, and they attack the weakness of the “peace viewpoint” under which merely advocating the cause is enough. This is a challenge that Hiroshima must overcome.

The following is the summary of an interview with Professor Imai.

Anyone can say that nuclear weapons should be abolished, but what exactly have Japan and Hiroshima done toward that end over the past 50 years?

For a long time there was almost no awareness of nuclear weapons development or nuclear disarmament in Japan as a whole. Politicians didn’t understand these issues either.

The Nuclear Non-proliferation Treaty was established to nip in the bud any efforts by Japan or West Germany to acquire nuclear arms, and in exchange for joining the treaty, Japan was finally allowed to attend the disarmament negotiations in Geneva. Japan began to speak out on the issue starting in the 1980s, not because it had experienced atomic bombings but because its international influence was recognized.

The process for this reduction was actually created by the Reagan administration and Gorbachev. So did Japan or Hiroshima contribute anything until then? At one time there were more than 20,000 missiles equipped with warheads 30 times more powerful than the atomic bomb that was dropped on Hiroshima. But all Japan and Hiroshima did was stress the fact Japan was the only country to have experienced atomic bombings and state that their desire for the abolition of nuclear weapons. Did continuing to say that accomplish anything diplomatically? I don’t know.

Japan has sent petitions with millions of signatures to the United Nations Special Session on Disarmament, but the head office accepted them unwillingly. Lots of people go to the U.N. and ask what it expects of Japan. I could understand if they went there and said Japan was just going to talk about being the only A-bombed country and call for nuclear abolition. Japanese people continue to have a misconception about this.

And those figures for 2003 are a myth. They’re not realistic. Abolishing nuclear weapons is all well and good, but how are you going to dispose of them? That’s the key point.

Dismantling nuclear weapons costs money, and it’s a big job. Unless you dispose of the plutonium removed from the nuclear warheads, dismantling won’t move forward. The U.S. is keeping an eye on Russia and has actually slowed down its dismantling. Russia has problems with its economy. In Japan no one seems to think this is a big deal. They don’t say anything about it.

The salaries of the engineers involved in the disposal of Russia’s plutonium are being paid by Japan, but if Japan tries to have any more say in the matter, Russia will probably just tell Japan to mind their own business, and it would also violate Japan’s Atomic Energy Basic Act. The government hasn’t even done a proper study to see how much cooperation they can offer.

The Comprehensive Test Ban Treaty is also difficult. Being able to come up with a draft is one thing, but putting the treaty into force is altogether different, and if a nuclear test of 1 kiloton or less is conducted, it can’t be detected. If a test is carried out at a different site than was used in the past, can that be verified? The U.S. is trying to pursue hydrogen bomb technology in the laboratory. What will be done about that under the CTBT? The U.S. is increasing their budget, so they must not have any intention to stop.

In reality, disarmament is swimming against the tide. There’s no more talk of reducing nuclear weapons. If you look at Russia’s allocation for military spending, there’s no decline in spending on major weapons. The fact that the U.S. plans to refurbish its submarine-launched ballistic missiles (SLBM) means they are strengthening their arsenal. What are Iran and the Democratic People’s Republic of Korea (North Korea) doing?

If you examine these facts, you will see that the end of the Cold War isn’t leading to the abolition of nuclear weapons. So, what should Japan do? There are lots of things Japan should do, although they may not be effective right away.

France’s nuclear tests are outrageous. But they won’t stop conducting them just because we say so. When it comes to the issue of nuclear weapons, things don’t get moving through such a simple mechanism. We have to come up with a larger mechanism to get things moving back in the other direction. We can’t win with one big serve. We just have to keep hitting the ball back. Otherwise there won’t be any movement in international politics.

Strategic Arms Reduction Treaty (START I)
START I was a historic nuclear disarmament treaty signed by the U.S. and the Soviet Union in 1991 that gave shape to their 1989 declaration of an end to the Cold War. It was the first time the two nations clearly expressed their intention to cut their arsenals of strategic nuclear weapons. The treaty stated that they would reduce the total number of intercontinental ballistic missiles (ICBM) and other nuclear warheads to 6,000 over a period of seven years. The treaty did not cover submarine-launched cruise missiles. With the collapse of the Soviet Union, implementation of the treaty was threatened, but it took effect in 1994 upon being ratified by Ukraine.

Strategic Arms Reduction Treaty (START II)
START II, which was signed by the U.S. and Russia in 1993, stipulated that each side would reduce its strategic nuclear warheads to between 3,000 and 3,500 by 2003. If fully implemented, it would require the total abolition of large ICBMs and ICBMs equipped with multiple independently targetable reentry vehicles (MIRV). Ratification talks continue in the legislatures of both countries, but Russia has taken a hard line on the U.S. Ballistic Missile Defense Plan, and it is unclear when the treaty will be ratified.

Nuclear Non-proliferation Treaty (NPT)
The NPT, which took effect in 1970, is the largest arms control treaty related to nuclear weapons. In May of 1995 its 178 member nations agreed on the treaty’s indefinite extension. While halting the proliferation of nuclear weapons to non-nuclear-weapon states, the treaty solidified the “nuclear authority” of the nuclear-weapons states. The possession and development of nuclear weapons is left exclusively to the U.S., Russia, the United Kingdom, France and China, and their only obligation with regard to disarmament is to “negotiate in good faith.” India, Pakistan, and Israel, which are suspected of possessing nuclear weapons, are not parties to the treaty.

Comprehensive Test Ban Treaty (CTBT)
The aim of the CTBT is a comprehensive ban on nuclear tests, including underground tests, which are not banned by the Partial Test Ban Treaty. At the time of the indefinite extension of the NPT, a supplemental document was adopted stating that the treaty would be signed in 1996. Negotiations began in 1994 at the Conference on Disarmament in Geneva, but China has asserted that the treaty should not cover tests for peaceful purposes. This and many other unresolved issues pose obstacles to the implementation of the treaty.

Fissile Material Cut-off Treaty
The non-nuclear-weapon states are seeking the start of negotiations on a fissile material cut-off treaty and its conclusion as soon as possible. In 1992 the U.S. announced that it would cease manufacturing weapons-grade plutonium and highly enriched uranium. In April of 1995 the U.K. also declared its intention to halt manufacture of fissile materials, and Russia plans to cease production by 2003. Because of the overwhelming disparity between the size of their arsenals and those of the U.S. and Russia, China and France are expected to take a cautious approach when negotiations actually get underway.

Nuclear-Weapon-Free Zone Treaties
These treaties ban such activities as manufacturing, storing and testing of nuclear weapons in a particular area. In 1967 the Treaty for the Prohibition of Nuclear Weapons in Latin America and Caribbean (Treaty of Tlatelalco) was established, and in 1986 the South Pacific Nuclear-Free Zone Treaty (Treaty of Rarotonga) came into effect. The five nuclear powers have signed an additional protocol to the Treaty of Tlatelalco, but the U.S., U.K. and France have not signed the Treaty of Rarotonga. The African Nuclear Weapon Free Zone Treaty (Treaty of Pelindaba) may be signed in 1995 at the earliest.