Fukushima and Hiroshima: What must be done now, Part 5 [3] 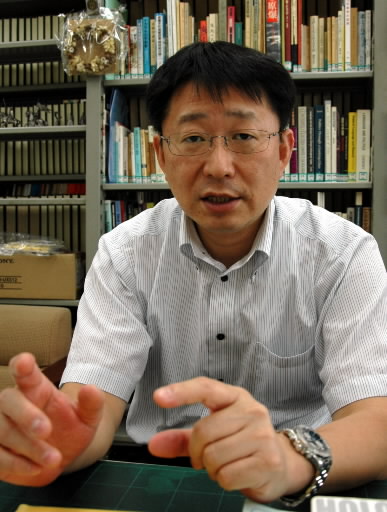 The following are excerpts from an interview by Seiji Shitakubo, staff writer, with Noriyuki Kawano, an assistant professor at the Institute for Peace Science, Hiroshima University.

The accounts of the survivors of the atomic bombings of Hiroshima and Nagasaki add weight to the pleas of people involved in the anti-nuclear and peace movements. In the same way, we must hear from 10,000 victims of the accident at the Fukushima No. 1 (Daiichi) nuclear power plant, particularly those from the designated evacuation areas. Their comments will be very important food for thought when the people of Japan consider the pros and cons of nuclear power.


Look into experiences of individuals
The national government and Fukushima Prefecture will presumably study the effects of the nuclear power plant accident on the lives of local residents. But that way we will only see the overall trend as reflected in averages. It will be a “superficial” survey, so to speak. It is necessary to look into the experiences of individuals at the same time and conduct ongoing observations of them.

About 100,000 people evacuated their homes as a result of the accident at the nuclear power plant. By gathering data on 10 percent of them we will be able to see what nuclear energy has brought us and what the accident took away. Interviews of 10,000 evacuees should be conducted by university researchers or reporters. The truth should emerge more clearly as a result.

The 20-kilometer no-entry zone around the nuclear power plant and Iitate, from which all residents have had to evacuate, are in a terrible state. People have been forced from their homes and lost their jobs, and they may never be able to return.

A key point is to ask people what their lives were like before the accident occurred on March 11. We need to ask them how their lives have changed since the accident and how their feelings about nuclear power have changed. It’s true that nuclear energy has provided various benefits. At the same time, it has the potential to cause a huge disaster. It’s very important to record the changes in the lives of the people who actually experienced such a disaster.


Advantages and disadvantages highlighted
Just as with Fukushima, the [1986] accident at the nuclear power plant in Chernobyl forced many people to evacuate. Starting in 2009, along with other researchers from Hiroshima University and Kyoto University, I interviewed 10 former residents of the area near the power plant over the course of a year.

We asked them about their lives before and after the accident. All of them recalled with fondness the days when the nuclear power plant provided jobs and the community prospered. When asked about their present lives, some said they had concerns about their health as a result of their exposure to radiation or that they suffered discrimination and prejudice. This highlighted both the advantages and disadvantages of the peaceful use of nuclear energy.

Prof. Tadashi Ishida of Hitotsubashi University pioneered the interviewing of the survivors of the atomic bombing of Hiroshima. [Prof. Ishida died in January of this year at the age of 94.] He interviewed 12 survivors numerous times between 1966 and 1973, gathering details about how their lives changed after the bombing. He was later recognized for shedding light on the effects of the bombing.

It is unclear when the accident at the nuclear power plant in Fukushima will finally be resolved. Interviews should be conducted not just once but many times over the span of years.

Noriyuki Kawano
Born in Kagoshima Prefecture in 1966. Earned a Ph.D. in from Hiroshima University’s Graduate School of Biomedical Sciences. Served in various posts including assistant professor at the university’s Research Institute for Radiation Biology and Medicine. Assumed his present post in 2009. Specializes in the study of the atomic bombings and exposure to radiation. Resident of Hiroshima.